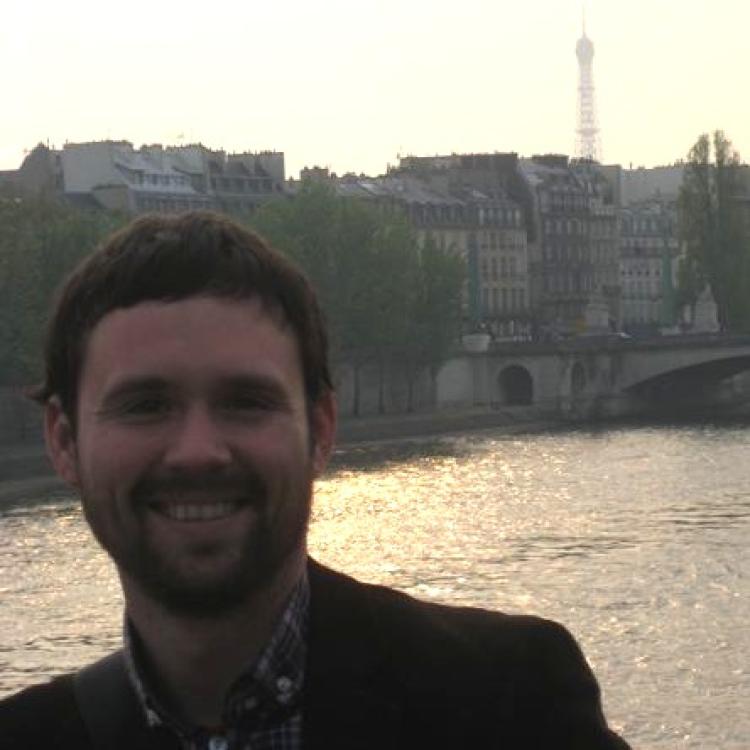 Nick Underwood, PhD Candidate in History, comes to CU from South Florida, and is currently completing his dissertation in Napa, CA.

Nick's dissertation, which he plans to finish in 2015, is the first cultural history of the immigrant Jewish community in interwar Paris. Based on archival research in Paris, New York, Amsterdam, Berlin, and Tel Aviv, it focuses on interwar Paris as the hub of a particular French, transnational antifascist, and cosmopolitan Jewish culture, which is evaluated most clearly through an analysis of Paris-based Yiddish theater, choruses, newspapers, and cultural institutions. Nick's work engages the social and cultural history of the interwar Jewish experience in Paris to illustrate how culture acted not as a tool for indoctrination, but as a nexus for a community seeking to understand its new Jewish, French, and transnational identities. Specifically, his dissertation provides a more complete understanding of how immigrant Jews in Paris brought together Jewish, French, and leftist cultural norms in order to define their community as nationally French and transnationally Jewish and antifascist. His work questions the presumed monopoly of communist politics over leftist culture in 1939s Popular Front Paris.

In addition to finishing his dissertation, Nick has presented extensively at conferences, most recently giving a paper entitled "Radical Yiddish Culture in Interwar Paris" at UC Davis. This November, he will present a paper entitled "Reviewing The Incomprehensible: Yiddish Theater and the French-Language Press in Interwar Paris" at the Western Society for French History conference. He also currently has two journal articles under review.

Nick is currently teaching World Civilization II at Napa Valley College, and this Spring 2015 will teach Introduction to Jewish Studies as Sonoma State University. From 2013-2014, Nick served as a New York Public Library Short-term Research Fellow. He was also a recipient of a 2014-2015 Goldberger Fellowship from the Program in Jewish Studies at CU.