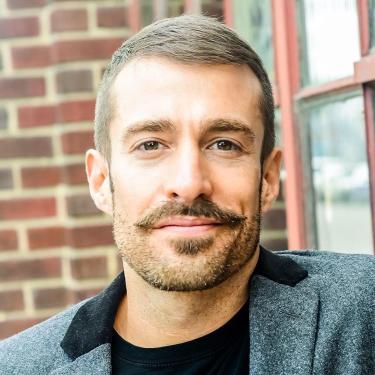 Assistant Professor Joel Swanson earned his MFA in Computing and Arts at the University of California San Diego, after getting his BA in Digital Arts at CU Boulder.  Rostered in Herbst, he teaches primarily in the ATLAS Institute (Alliance for Technology, Learning, and Society).  His courses there (e.g., on typography, creative programming, and theory) draw upon his rich background in both the crafts and the philosophy of visual art and of computing.  In HUEN2020/ATLS2000, “The Meaning of Information Technology,” he introduces students to critical issues related to living in the age of digital information, such as identity, privacy, authenticity, responsibility, and appearance vs. reality.  He thereby confronts them with the personal and moral implications of the technology they currently embrace:  he makes them look more closely at what they think they already know.

As an artist, Swanson is interested in the relationship between language and technology. His work playfully subverts the technologies, materials, and underlying structures of language to reveal its idiosyncrasies and inconsistencies. Thematically he explores how the materiality of language affects meaning, how technology shapes and evolves language, and the ways in which language creates relationships of power like binaries and polarities.

Swanson produces art in many venues and media, from large-scale public installations to online interactive works. His work has been exhibited at such diverse venues as The Eli and Edythe Broad Museum in Lansing, The Power Plant Toronto, and the Orange County Museum of Contemporary Art; he has had a solo show at the Denver Museum of Contemporary Art.  Last summer, he was one of two invited artists featured in “Personal Structures,” an official satellite show of the preeminent 2017 Venice Biennale. He is represented in Denver by David B. Smith Gallery and his work can be viewed online at http://joelericswanson.com.

Swanson serves on various committees, not only within Herbst, but also including the CU Art Museum Collections Committee, the ATLAS Executive Committee, and the ATLAS Curriculum Committee. He also has a courtesy appointment in the Intermedia Arts Writing and Performance Program in the College of Media, Communication and Information.