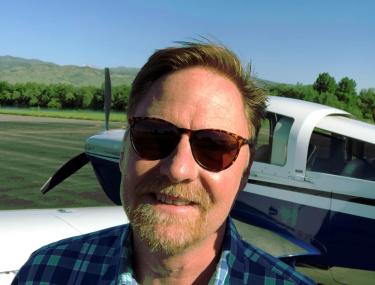 Dr. Hardy Fredricksmeyer has a strong classical background and a passion for relating it to the present.  He has a BA in Latin from CU Boulder.  From the University of Texas Austin, he received an MA in Ancient Greek and a PhD in Classical Philology.  These classical degrees all included history, philosophy, art, and architecture.  He also took graduate level translation courses from Latin and Ancient Greek into German at the Freie Universität Berlin.  He balances these ancient studies with an MA in Modern History from Columbia University, a year of law school at Georgetown, and a lively interest in neuroscience and Artificial Intelligence.

Dr. Fredricksmeyer’s teaching is broadly interdisciplinary and pairs topics ancient and modern.  To illuminate discussions of the warrior code and the ethics of war in Homer’s Iliad, for example, he invites to his classes ex-fighter pilots from Marine ROTC and NASA.  He complements discussions of free will and determinism in Oedipus the King with contemporary articles on what neuroscience can tell us about human volition.  He links Prometheus and Frankenstein to the film Blade Runner 2049, with its central theme of what it means to be human in an increasingly technological era.  Directly or indirectly, he feels that all his courses represent a critical inquiry into the subjects of truth and beauty and how these qualities can play a role in our daily lives.

Dr. Fredricksmeyer has published on ancient Greek and Latin poetry, ancient Greek myth and ritual, modern film, and the ethics of war, in Transactions of the American Philological Association, American Journal of Philology, Latomus, Revue d’Études Latines, and International Journal of the Classical Tradition.