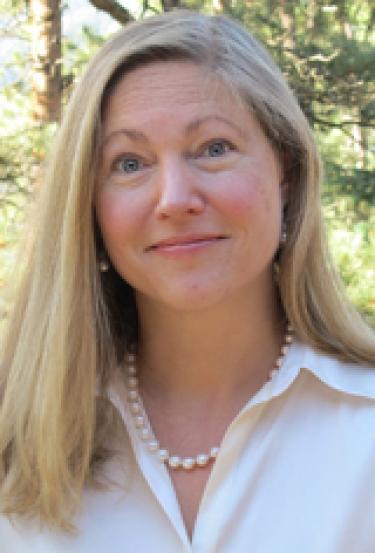 Diane Sieber joined the Herbst faculty in fall 2004. Raised in Spain, she pursued undergraduate studies in Spanish and Russian literatures and in history (University of Virginia), and earned her MA and PhD in Romance languages (Princeton University). She comes to Herbst from the CU-Boulder Department of Spanish and Portuguese, where she has taught freshman critical thinking classes, Spanish culture, medieval and Golden Age Spanish literature and the arts, and graduate seminars on Spanish theater, the European Baroque, Don Quixote and the monster in literature and film. She has published a book on Spanish historiography and articles on Don Quixote, the Spanish theater, the Moorish population in the Spanish Empire prior to 1614, and Spanish writings on colonial New Mexico (1541-1700).

Diane discovered computer programming, web design and digital art as an assistant professor and continues to pursue all three. Although the two halves of her world would seem to be far apart, she sees the blending of technology, the arts and humanities as the key to a fulfilling life. In Baldassare Castiglione’s The Book of the Courtier (1528), the ideal renaissance man educated himself in many different areas of study with the conviction that the knowledge native to one field of study can lead to greater understanding in another; that answers in one discipline can resolve questions in another; that a well-rounded individual is better able to respond to life’s challenges. Having spent the last few years exploring technology with arts and humanities students, Diane is looking forward to many years of discussing the arts and humanities with engineers.

Diane’s interests include Renaissance, Baroque and modern literature and art; film studies; Latin hip-hop; the ethics and social impacts of technology; motorcycles and Formula One racing. Her primary interest as a university professor is to communicate the pleasure of reading and the relevance of literature and the arts to our daily lives.