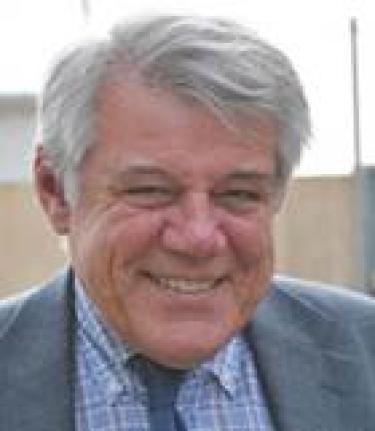 Anyone who did their Herbst coursework in the first decade of the program will remember Dr. Athanasios Moulakis, the founding director of the program who turned Linda and Clancy Herbst’s dream into a reality. Thanasi, as he was known to us all, passed away in July 2015.

Thanasi was an extraordinary person: erudite, energetic, passionate, and a true citizen of the world. He was born in 1945 to a family of prosperous Greek merchants in Athens. He was groomed to be the family’s polyglot trader, and so he was packed off to London and Paris as a teenager and to Germany for university. When not in school, he travelled often between Greece and Italy. As a young man, he thus became completely fluent in five languages; indeed, he spoke these languages so well that he repeatedly passed for a native speaker of them. By the time he got to university, he had lost all interest in the family business, however; he was enamored with the life of the mind. Drawn by philosophy, literature, and history, he eventually earned his doctorate in political theory from the Ruhr-Universität-Bochum.

In the late 1960s, Thanasi travelled to the San Francisco area. There he met Eleanor Gail Durham. They married in 1965 – first in California, and then in Athens, in a very traditional wedding. Thanasi’s entire family was in attendance. In retrospect, he described it as the most intimidating experience he could imagine for a blonde, blue-eyed Californian, but Gail showed her mettle and rose to the occasion. Thanasi loved her all the more for it. He and Gail embarked upon an international life – they migrated many times, changing languages, countries, and continents. Their one constant was a lovely villa in the hills outside of Florence; some of you reading this obituary will remember it.

So how did he end up in Boulder? In 1988, Mortimer Adler decided that Athanasios Moulakis was the right person to launch the Herbst Program. Adler was the man who had introduced Clancy Herbst to philosophy, in a seminar at the Aspen Institute. As a result of that seminar, Clancy wanted to create a discussion program for engineering students; naturally, he asked Adler’s advice about possible directors. That is how the College of Engineering and Applied Science contacted Thanasi. Throughout the 1988-89 year, Thanasi (then teaching at St. John’s College in Annapolis) worked with CEAS Dean Richard Seebass and Associate Dean David Clough to design such a program within the college. They encountered significant opposition from those who thought that a college of engineering should not teach the humanities – and from those who opposed the Great Books Curriculum as old-fashioned and irrelevant. In the end, Thanasi successfully defended the plan, and the Herbst Program of Humanities for Engineering Students was established under the directorship of Athanasios Moulakis.

Thanasi was indeed the right person for the job. Only a person with his energy and optimism could have succeeded in that first decade. He had to convince engineering professors that the program was worthwhile, and he had to endure the microscopic scrutiny of those few who actually hoped that he would fail. He won over these detractors not only with arguments, but also with charm, for he was gracious and eloquent, with a razor-sharp wit and a twinkle in his eye. He ably guided the Herbst Program through the 1990s: finding and grooming instructors, deepening the program’s roots in CEAS, and strengthening ties with the College of Arts and Sciences.

Thanasi was an inveterate traveler and risk-taker. Once the Herbst Program was solidly on his feet, he wanted a new challenge. He and Gail left the mountains of Boulder for the mountains of Lugano. There, at the University of Italian Switzerland, he served as a director of the Institute for Mediterranean Studies. That must have seemed too easy, because he later moved on to become Acting President and Chief Academic Officer of the new American University of Afghanistan in Kabul. That led to his next adventure – in 2010, he accepted the presidency of the American University of Iraq, Sulaimani (AUIS).

Sulaimani was then a young institution trying to define itself; it needed the guidance of someone with vision and energy. That someone was Thanasi. He dove into an ambitious project: creating an engineering program from scratch. To that end, he and Johan Brongers, rector at AUIS, visited Boulder to collaborate with David Clough and Vice Chancellor Stein Sture. Together they created a curriculum that could blend with the existing AUIS general education core. Dave, who became very involved with this project, told me, “I… have visited AUIS now nine times. [They now have] full degree programs in general engineering and mechanical engineering. We built the curriculum, science and engineering labs, and the faculty together. I gave a brief commencement address in Suli in May where the first generation of engineers (50 of them) graduated. Thanasi was very proud of this accomplishment.” As well he should have been! That class of graduates was a testament to his versatility, diplomacy and determination.

I will end with a completely different kind of accomplishment. Thanasi and Gail had one child, Anne. Like Thanasi, she was a polyglot with an international perspective; after college, she worked for the U.S. State Department. In 2010, on a visit to Boulder, Thanasi told me the latest news: Anne had married and now had a daughter of her own. He added that holding this child in his arms was overwhelming; it gave him both wild joy and absolute peace. He felt that he could finally stop striving—that he had done enough. He could finally stop striving. If you remember Thanasi’s burning, restless spirit, you will appreciate the significance of that remark.

It is impossible for me to encompass this man’s character in article. I invite you, if you remember Thanasi, to share your memories about him. We will post them here. If there are enough of them, we will send out a supplementary newsletter.