As a child, climate activist Hilda Flavia Nekabuye’s family owned one of the biggest plantations in their village near Uganda’s Lake Victoria. But rising temperatures, rains and strong winds devastated the property and Nekabuye’s grandmother had to sell some of their land to feed her family.

“They bear the biggest burden and they have to play a very big role in creating a future for their children, and the children after them and the other generations to come.”

Nekabuye — who started the Uganda branch of Fridays for Future, a youth-led global climate strike movement originally founded by Greta Thunberg — shared the same sentiment that the three other panelists, all young women, expressed: Women and youth are most burdened by climate change, but they are also key to solutions needed now.

"If you are aware of climate change and if you know what is happening, then you have the responsibility to do more. Use your voice to represent millions of voices that do not have a platform."

“Do not work alone. Never ever.”

For Julieta Martinez, a climate justice and gender equity youth activist from Santiago, Chile, education is a main driver for climate solutions.

As the founder of Tremandas, a global action dedicated to amplifying youth voices, the 19-year-old spoke on what helps her make big strides in her work: “Do not work alone. Never ever. We need each other.”

“The best thing we can do right now is find a common ground.”

CU Boulder students are working toward the same goals.

Graduate student Sarah Jensen is co-founder of the Boulder chapter of the American Conservation Coalition. She hopes to bring more climate discussion into college classrooms.

“When it comes to a debate, people always say, ‘We’re not picking sides.’ But I know I have classmates who want to debate,” Jensen said. “If faculty members knew we wanted to have those conversations and made time for that, that would really help.”

PhD student Emily Nocito wants to see more small-group discussions in classrooms to allay some of the pressure and fear that can arise in difficult climate conversations. Lively and useful debates can take place instead.

“Climate touches all of us,” Nocito said. “It’s one of the most tangible ways to make an impact on your world.”

“We need to act now”

Ewi Stephanie Lamma of Cameroon, Africa, works to empower children, youth and women in natural resource management. When she was four, her mother would work on farms for days at a time to provide for her and her baby sister.

“My mom had to focus on the earth to make sure we could survive,” Lamma said.

When communities like hers are affected by climate change, children and youth have to move elsewhere, and may become involved in dangerous situations like human trafficking, Lamma explained. She’s worked with young volunteers to plant thousands of trees in Cameroon, and also created the documentary African Voices for Africa’s Forests, which received recognition during the COP27 climate conference in November.

“If I have 100 sincere climate leaders brought up from the ages of 5, 6, 7, 8, 9 or 10, I believe that in the nearest future, Cameroon will have a balanced climate system,” Lamma said. “And I can’t wait to be part of that future.”

“When we take care of our environment, we actually are taking care of ourselves.”

Among all of the youth activists featured during the four-day conference, consensus was found in creating unity first to come up with solutions — then act quickly.

“Climate is an opportunity for us to come together. As young people, we share this urgency because it’s what we’re going to have to live in. Hopefully, this could be where we bridge that divide.”

Said environment educator and activist Monica Neupane via a Zoom call in Nepal: “The crisis is in front of us and we need to act now.” 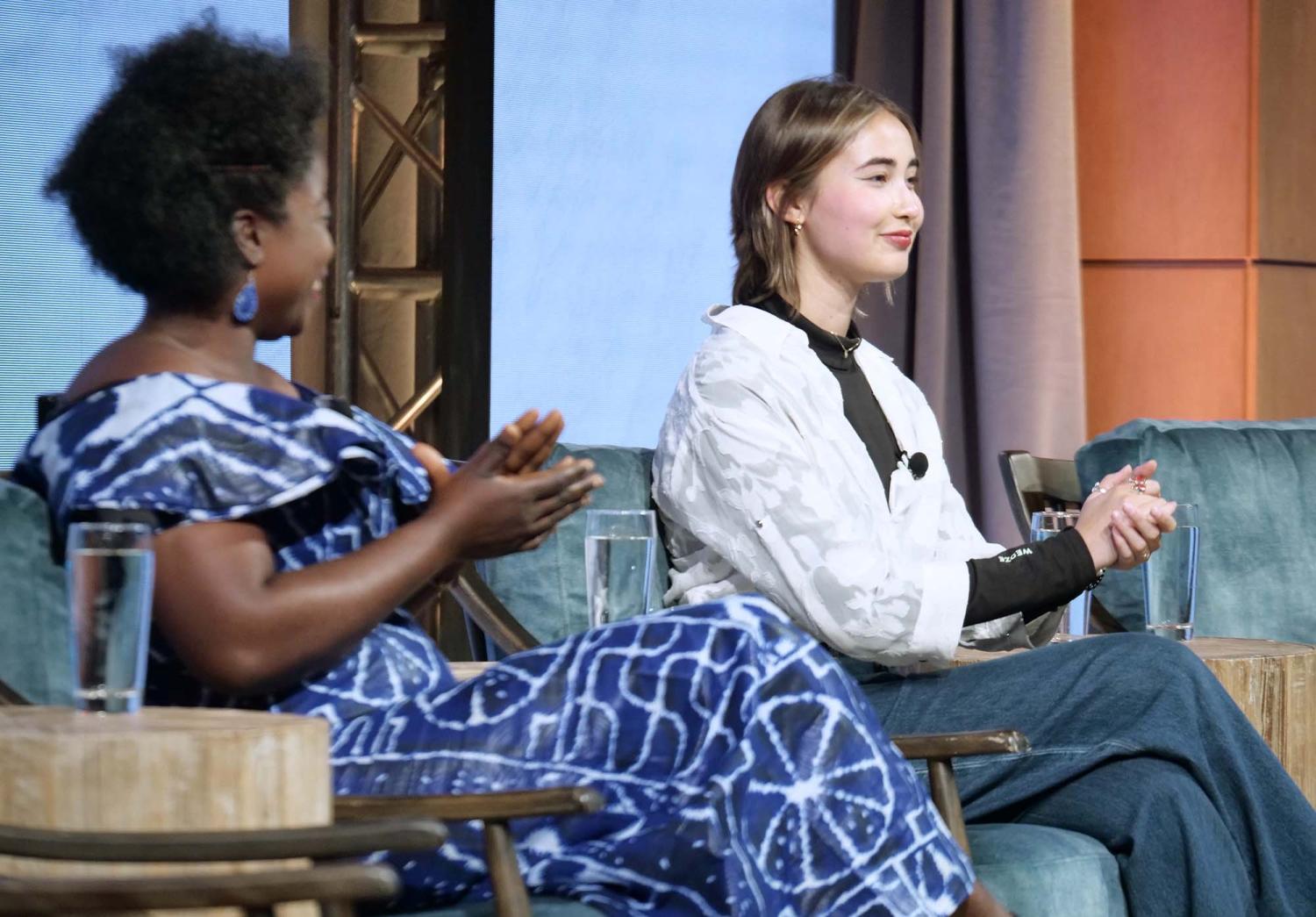 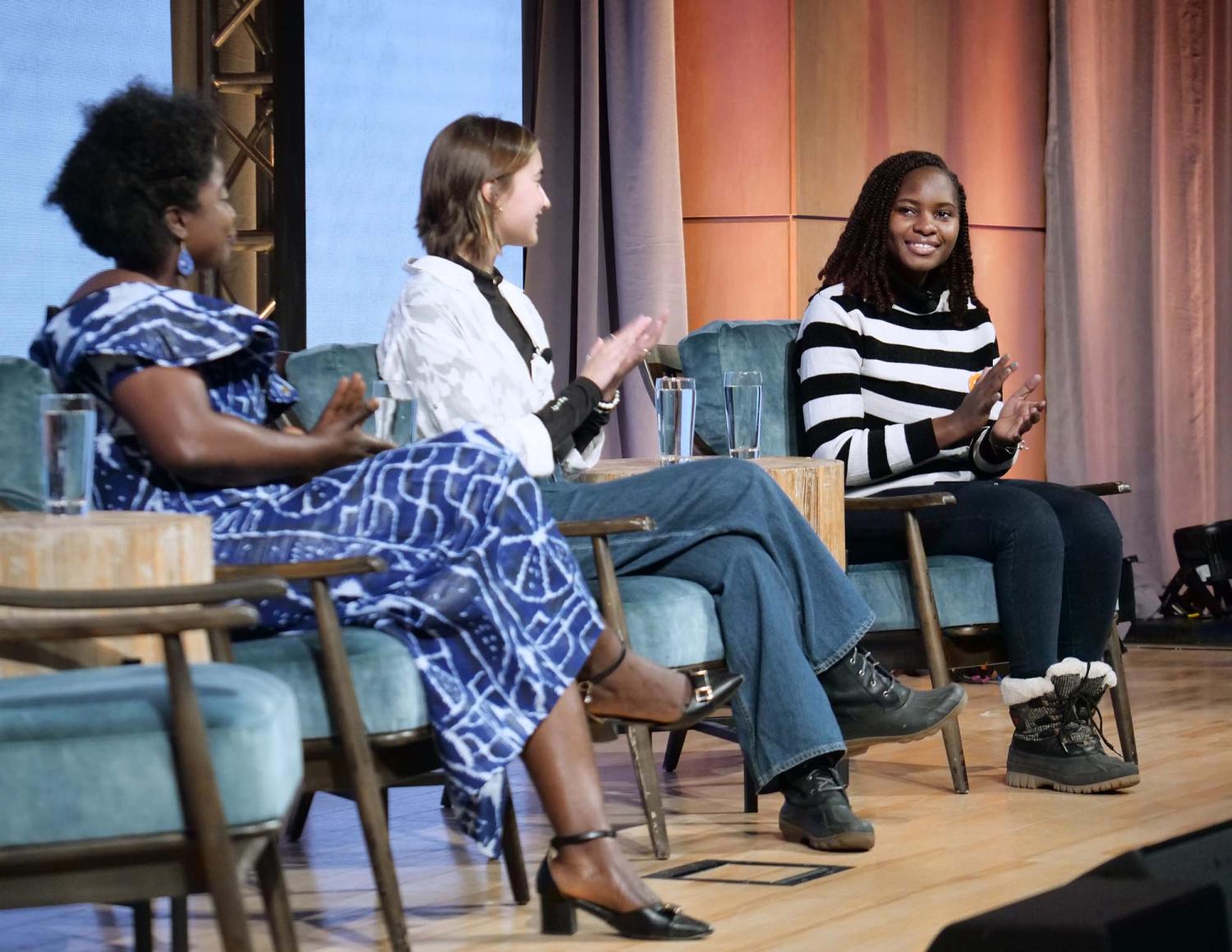 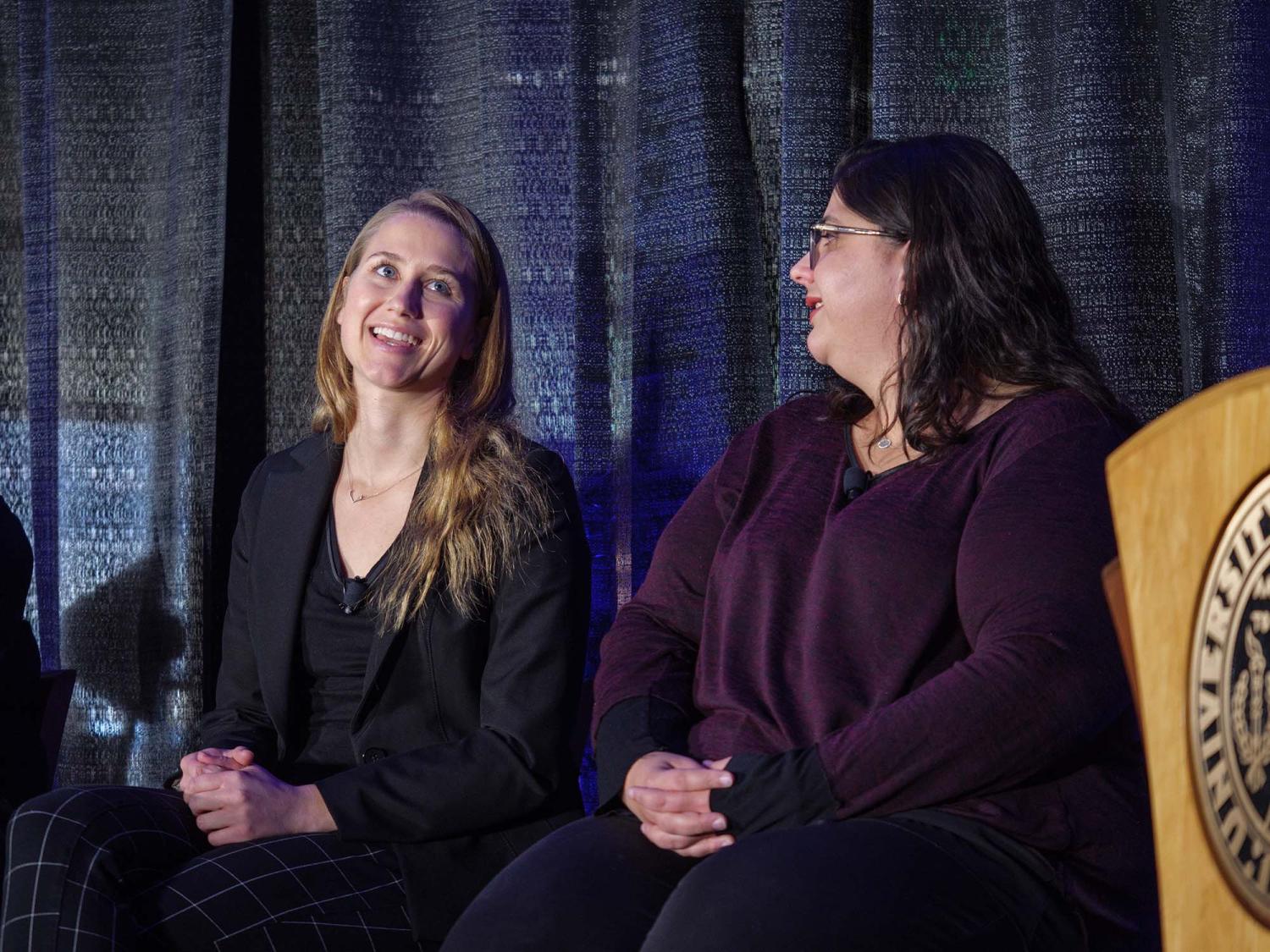 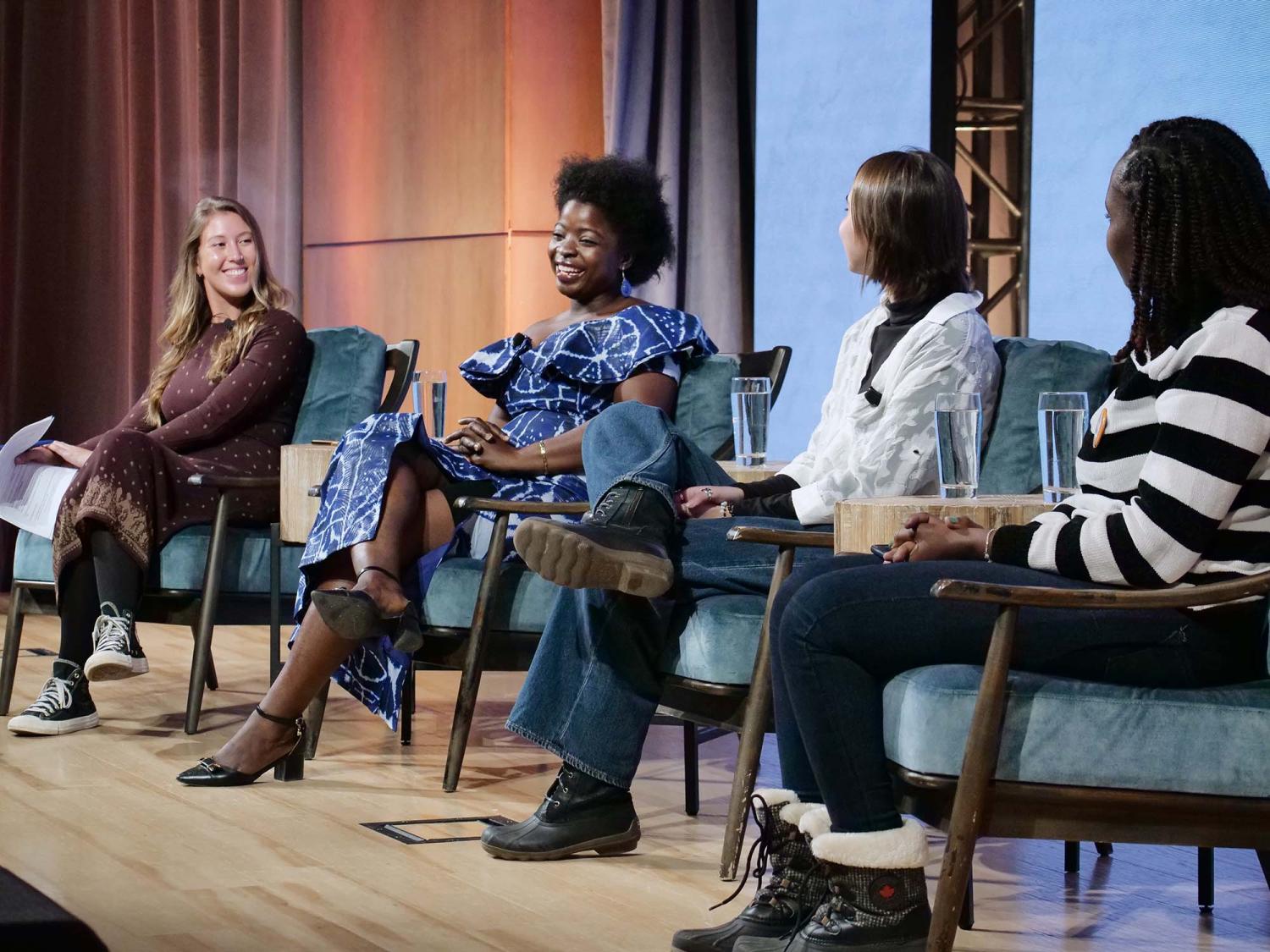 Ewi Stephanie Lamma, second from the left, of Cameroon, Africa