A list of publications (and links) can be found here. 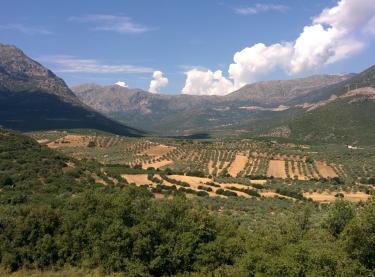 I am the co-director of WARP, a multidisciplinary regional project that integrates archaeology, history, geomorphology, and ethnography. The other co-directors of the project are Scott Gallimore (Wilfrid Laurier University) and Sarah James (University of Colorado Boulder). The centerpiece of the project is an archaeological survey of the western Argolid. Fieldwork took place in 2014-2016 in the region near the modern villages of Schinochori, Sterna, Malandreni, and Lyrkeia; 2017-2018 will be study seasons.

This research takes places under the aegis of the Canadian Institute in Greece and the Greek Ministry of Culture. 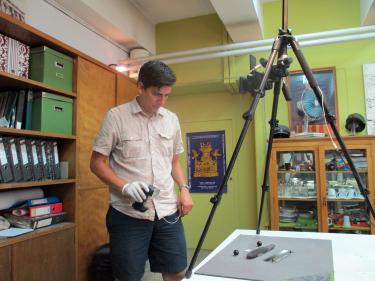 I co-direct with Kevin Pluta (University of Texas at Austin) a project to document the administrative texts from the Mycenaean "Palace of Nestor" in southwestern Greece, as a continuation of the Palace of Nestor IV project initiated by Emmett Bennett, Jr. In addition to traditional methods for documenting the tablets we are also using RTI (Reflectance Transformation Imaging) and three dimensional scanning. This project began in the summer of 2013 in the National Archaeological Museum in Athens.

This research is affiliated with the American School of Classical Studies at Athens and has been possible thanks to the kind permission of the Greek Ministry of Culture and the National Archaeological Museum.

For more information, see this page. 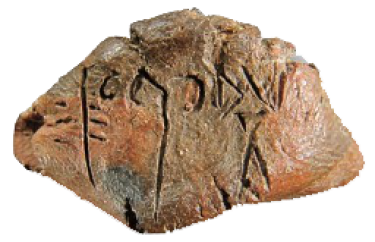 This book manuscript in preparation is a polemic against the traditional study of the Mycenaean palaces. In it, I argue that the prevailing model of the Mycenaean palatial world is extremely poor, in that it fails to account for most of our evidence, textual and archaeological, and that accordingly a fundamental rethinking of the Mycenaean world is necessary. I begin by pointing out that the scholarly assumption of a unified "Mycenaean world" comes at considerable theoretical and empirical costs, and I suggest that the study of the Mycenaean world should move away from approaches in which Mycenaean communities are merely instantiations of a single type, and toward detailed analyses of specific patterns of activity. Individual Mycenaean states are not independent entities that exert control over their territories and the communities residing in them, but are rather dominating structures within which individuals and groups with varying resources and goals interact.