High strain composites (HSC) are a class of composite materials designed to achieve high deformations without failure. They usually consist on thin plies of fiber reinforced polymers, which can undergo relatively high strains compared to traditional composites, particularly under bending. As such, they are of high interest as components for deployable space structures, but the lack of predictive tools have hindered their use in industry. We are currently working towards stablishing test standards and failure criteria that will enable reliable design with HSC. This includes testing at the coupon and fiber scale, as well as modeling of the micromechanics in the material.

In collaboration with Roccor, funded by the Air Force Research Laboratory. 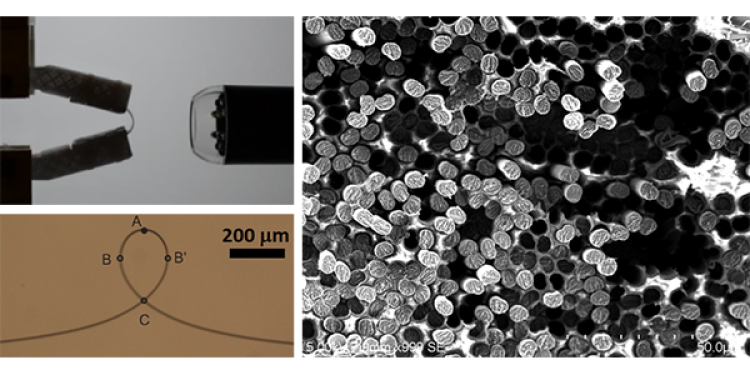 There is increasing interest in new soft and flexible fiber composites using soft elastomers as a matrix, for applications as diverse as strain sensing, deployable structures or artificial tissue. The mechanics of these materials are very different from those of traditional composites, due to the presence of strong geometric nonlinearities: the fibers can rearrange within the matrix, leading to extreme strains, as well as the possibility of elastic microbuckling not leading to failure. We study their behavior through a combination of numerical nonlinear homogenization, analytical modeling and experiments. 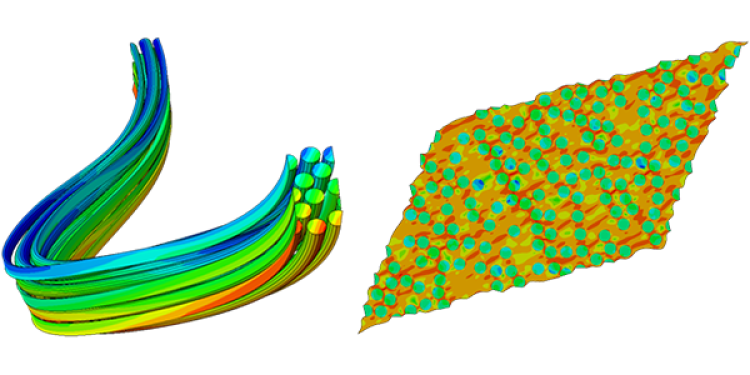 Thin membranes are often used in the design of deployable space structures, such as solar sails, reflectors, or the newly proposed starshade. The membranes need to be folded during stowage, usually following origami-inspired patterns, which results in intentional folds, as well as unintentional creases that appear during the handling of the membrane. We are experimentally characterizing the mechanical properties of folds and creases, so that their effect in the stability and dynamics of lighweight structures can be accurately modeled. 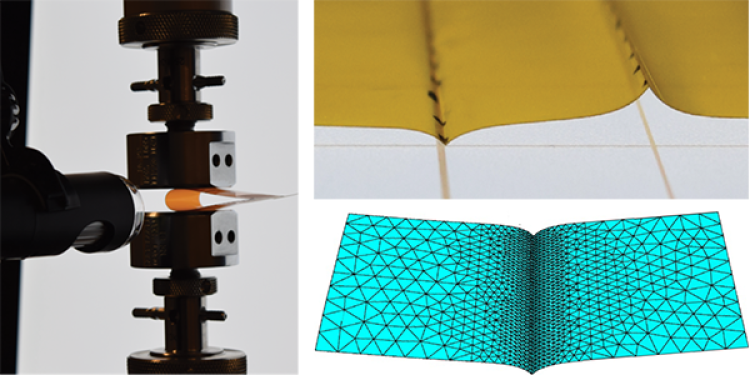 Buckling is a common failure mode in slender structures such as honeycomb core or thin shells. Research in the 1960s showed that geometric and material defects significanly decrease the theoretical buckling load of shells, which lead to very conservative knockdown factors for the design of rockets, pressure tanks and other slender shells. By combining experiments with numerical simulations, we aim to precisely quantify the effect of defects on the buckling load of shells, with the goal of moving towards a more deterministic design and certification of shell structures. We also explore how to control and tailor the buckling of cellular solids, such as honeycomb and lattices. Mechanical instabilities in shells and membranes can be used to create complicated self-organized patterns, which offers a simple and economic alternative to other patterning techniques. This is the phenomena behind several complex features observed in biological systems, such as the sulci and gyri in the brain to the folds in fingerprints, and it has been exploited in applications from microfluidics to surface topography to control the growht of bacteria and biofilms. We explore new mechanisms to create and control the specific arrangement of such patterns. 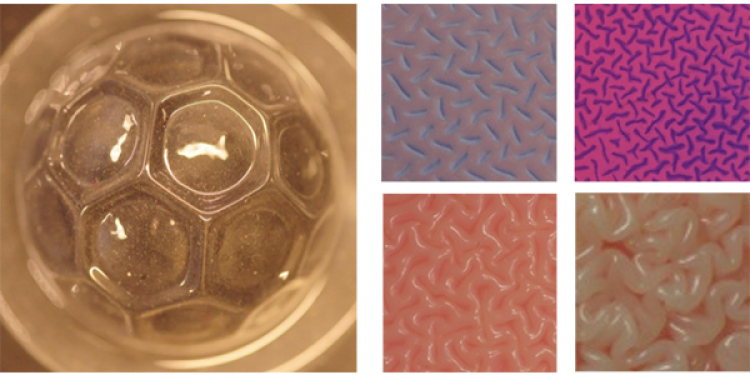