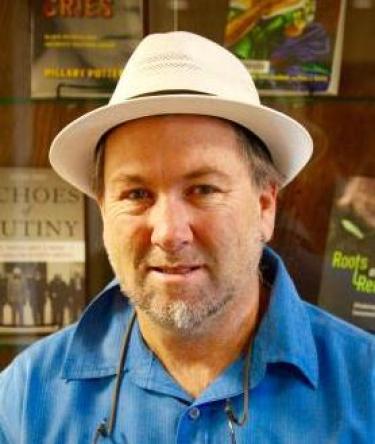 Dr. Arturo J. Aldama, born in Mexico City and grew up in Sacramento, California, serves as an Associate Professor and Associate Chair of Ethnic Studies at CU Boulder and recently served as Director of CSERA (Center for Studies in Ethnicity and Race in the Americas). He received an MA and PhD in Ethnic Studies from UC Berkeley in 1996.

We are now in the middle of the Fall 2022 semester, and it appears that we are moving away from the worst of covid and its lethal and catastrophic consequences for BIPoC communities. I am of the strong view that the racialized necro politics of covid on BIPoC communities can be directly attributed to the depraved indifference, resistance to scientific rigor (drinking bleach), supporting vaccine deniers, and to the exaltation of white supremacist toxic masculinities of our previous president and many in his administration ( several elected members of congress claim that he out muscled and his macho swagger “beat up” covid). Many members of our ethnic studies community have lost family members, loved ones, and endure(d) extreme suffering themselves or from their loved ones. The anxiety and dread of losing people we care about is extreme. We as a department, do our very best to be compassionate and supportive of our students as they /we survive the pandemic and help them to grow as scholars and as future leaders for a more just world.

Even though we have a new presidency that does not deny vaccines and is much more proactive in providing vaccine support for communities around covid, the legacies of the previous administration have seen accelerated attacks on civil rights, women’s rights, refugee rights, and LGBTQ rights. Our field of Ethnic Studies is perhaps even more important and especially needed to provide interdisciplinary and nuanced epistemes and knowledges to those who take our classes and read our published work that can provide rigorous counter narratives and viewpoints. Even though Trump lost by both the popular and electoral college vote in 2020, we are now in a polarized climate of political and vigilante violence(s) in our body politic that enforce a completely a factual narrative that the election was stolen. We are in a political climate where members running for office have called into question the very core of a a participatory democracy that is driven by the popular vote. Some states actively curtail the abilities of BIPoC communities to cast a vote in a safe and efficient way. In some states, we see armed militia members intimidating voters at ballot boxes. At the levels of certain states, counties, and cities, we have a climate that bans the use of CRT (Critical Race theory) in schools, bans gender inclusive support at all levels and in specific for transgender human beings, especially youth. We see our current administration still practice anti-Black racism in its targeted deportation campaigns of Haitian migrants and still use antiquated medical laws to justify sealing the border to especially BIPoC migrants because of public health concerns. We continue to see the over-funding of  the carceral state and the underfunding of public education. We see states and districts that boldly censors public education k-12 to promote only narratives of white supremacy, settler colonialism, and American exceptionalism. Narratives that maintain a cisgender-White patriarchal episteme in the type of curriculums and textbooks that are “allowed” in public school classrooms. Public school classrooms that are extremely diverse in their ethnic and racial makeup, and yet BIPoC children can’t see themselves fully in the curriculum.

We are in a moment, where the recent supreme court nominations under the Trump administration and others appointed by previous administrations lied under oath about their willingness to respect precedence in the Roe vs Wade case. To kowtow to the federalist society our supreme court justices have allowed for states to  enforce total bans on abortion and women’s right to choose what is best for their bodies and health with their medical support team. These bans, a brutal act of state sponsored necropolitical and misogynistic violence are “couched” in a type of religiosity about respecting life. However, the lived reality is that these bans in fact will ensure many women and young girls who were sexually assaulted will in fact die, and many medical professionals will face criminal charges for upholding their Hippocratic oath.

So, there is never a better time for to take our classes in Ethnic Studies. If you want to learn about CRT, learn about the complex herstories/histories of BIPoC communities, learn about our youth and women led social movements, arts, music, literatures, philosophies, critical sports studies, immigration histories, struggles for BIPoC transgender rights, and be exposed to epistemes that center issues of race, gender, class, and sexuality, among other areas. Come by and say hola/ hi to us faculty and doctoral students in our office hours and/or set up a time to Zoom if that is easier for you. Come take our classes and consider majoring and minoring in Ethnic Studies and consider taking courses to complete our certificate in Critical Sports Studies.

Finally, I am very pleased to report our next book project, titled, Violence, Migration and Detention during Trump’s Reign of Terror and Beyond  is under full contract with the University of Arizona Press. This book project is a co-edited project by me and by Dr. Jessica Ordaz. This volume features work from members of the DES and CU Boulder community, and a range of scholars, activists and artists who center Latinx survival and resistance in their work.

Aldama, Arturo, Lourdes Gutierrez-Najera, and M. Bianet Castellanos, eds. Comparative Indigeneities of the Americas. Introduction (co-author) and a single author chapter in book, not a reprint on US nativism and criminalization of immigrants. The University of Arizona Press, 2012. Inaugural book in Critical Indigenous Studies.

Aldama, Arturo. Performing the US Latino Borderlands. Principal Editor. Indiana University Press (2012).  Introduction and a single chapter will be published in this book.

He served as the popular culture, art and film editor of Encyclopedia of Latina and Latino Popular Culture (Greenwood, 2004), a 400,000 word, multi-volume project that is the first of its kind. 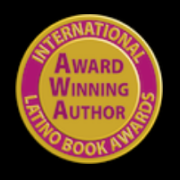 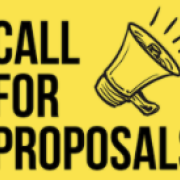 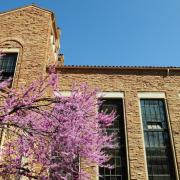 Message from the Chair
END_OF_DOCUMENT_TOKEN_TO_BE_REPLACED 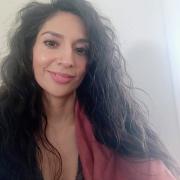 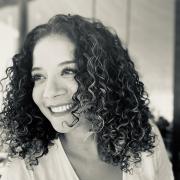 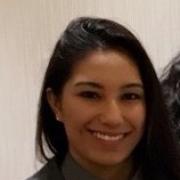 Alejandra Portillos
Return to the top of the page