Breaking Down Barriers of a Pandemic in the Architecture Classroom

In March 2020, the Environmental Design classroom quickly transitioned into a remote and online setting, one that many expected not to last as long as it has. In many ways, a hybrid teaching approach could redefine the future of design education.

Assistant Clinical Professor Marianne Holbert teaches a range of ENVD courses from design studios, history theory and a global seminar in Rome. Holbert emphasizes her teachings on the design thinking process, encouraging her students to deep dive into the rationale behind a design.

“Over the course of my teaching, I’ve engaged in a number of design competitions with my upper-level studios, and one of the things that I’ve found most interesting and most challenging is that when you’re framing a design problem, connecting it to the bigger world, you’re trying to make it something that people can connect to in bigger ways,” Assistant Clinical Professor Marianne Holbert said. 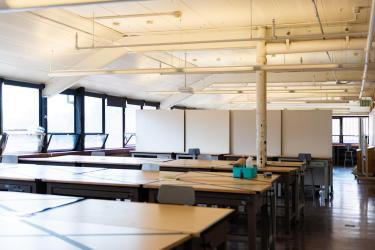 During the shift to remote last spring, Holbert was teaching a history theory course with 125 students and a sophomore-level architecture studio. Looking back, she is grateful for the few months she was able to hold in-person classes where she got to know her students, which allowed for a smoother transition.

“I still knew their names. I knew their faces, and there was just a dialogue that continued, and I felt grateful for that,” Holbert said.

Not everything acclimated quickly and smoothly. For Holbert’s architecture studio, the setting was much more intimate. In-person meetings allowed for “snack days” and gatherings where the class could sit in circles for discussions and critiques, and then suddenly students were asked to distance themselves from their peers and studio culture.

“There were tears when they [CU] announced that we were going online. One of the students said, ‘we need to have a group hug now because we probably never will again.’ It was really momentous for them, and it was really hard,” Holbert said.

As summer courses were implemented, the expectations of the classroom setting were clearer. Students were able to prepare themselves for an online architecture studio as it became more normal. Holbert recognized that when students could anticipate what to expect, in this case taking an online summer course, it made it easier to adapt.

Currently, the fall semester has been a hybrid of in-person, remote and online experiences. Holbert initially established a synchronous model to accommodate students who wanted to be in the studio and students who preferred to be remote. She described the new in-person experience as being awkward.

“You’re in the same space, and yet you can’t be just verbally connected; you [also] have to be digitally connected. We’re really far apart, so you can’t hear across the room and since you can’t hear across the room you have to have Zoom audio, but you [students] have to be muted because otherwise there’s an echo… I was wearing a mask, students who were in-person were wearing masks and the students who are remote are not. So, there were these layers of awkwardness,” Holbert said.

It wasn’t all bad though. Holbert said that there have been “wonderful” moments about being able to come together.

“Seeing them sort of talk with each other or even body language of joy, you can feel all of those things when you’re in the same space,” Holbert said.

Right now, is the time Holbert believes there is so much to be learned in working in a hybrid and dynamic setting, and that it could have an impact on the future of design education.

“You know, we’ve done some awesome digital pinups, engaging with people from all over the world," Holbert said. "I feel like there are lessons that we’re learning that we can bring back to in-person, and I think it will make the in-person [experience] richer.” 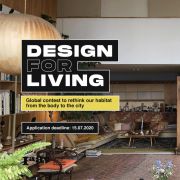