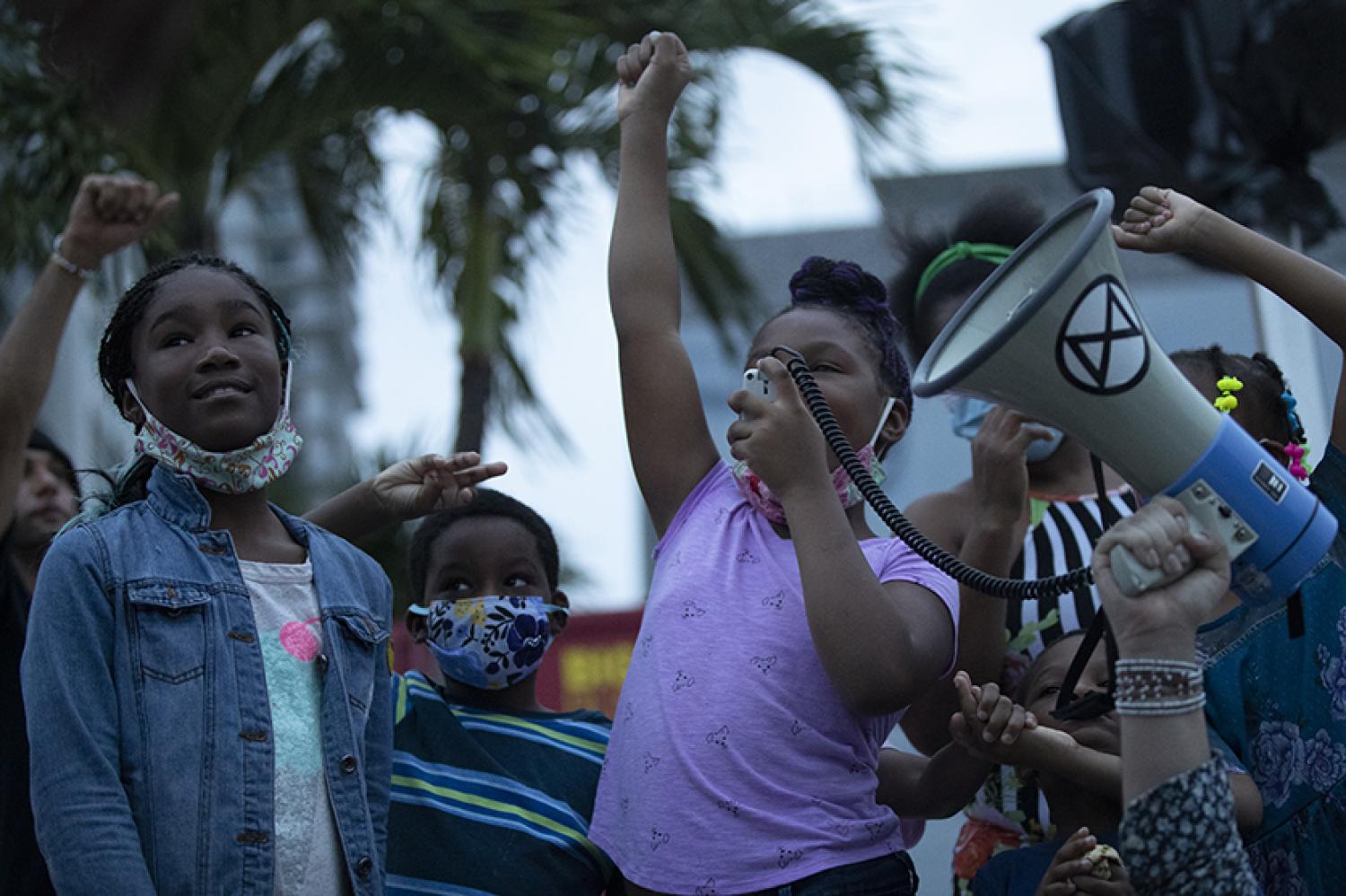 In July, Environmental Design Assistant Professor Shawhin Roudbari was invited to co-guest edit issue 33 of MAS Context with Germane Barnes, assistant professor and director of The community, Housing and Identity LAB (CHIL) at the University of Miami. The new issue will explore vigilantism with a range of ideas and topics from experts in education, design and architecture. Readers can expect the new issue to be published in March 2021.

Shawhin Roudbari and Germane Barnes will present their explorations on "architectures of vigilantism" at the 2020 MAS Context Fall Talks, which will be hosted on November 12, 2020 at 6 p.m. CT. Learn more and register.

In 2014, when Roudbari began teaching at CU Boulder, he taught courses in sustainability and social innovation, and in 2016 he became an assistant professor in ENVD.

“Since the beginning, I've always taught a range of studios, mostly lower division, but the classes that have sort of been near and dear to my heart are the ones on ethics and activism, social change and then recently this class on dissent by design, which has been so great,” Roudbari said.

“It’s sort of like the first time that my research, my teachings and my interests have all kind of come together. And I have learned so much from the students.”

ENVD sat down with Roudbari in a Zoom interview to learn more about what to expect in issue 33 of MAS Context, what sparked his research inspiration, and what he hopes the outcome will be. 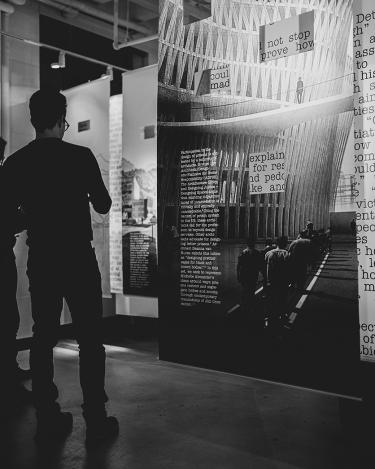 In your research, you study how designers organize to address social problems. Can you share how you came into this research and what it means to you?

I used to be very apolitical, like, I had a point about not being engaged in politics for the longest time. Around 2008, when I went back to grad school in architecture, there was a lot happening politically on campus. There was a lot of activism, a lot of protests, and teachings where faculty came and spoke, and this was at Berkeley, which has a big tradition of activism. There was this one guy who I thought was really cool at the time who was talking about apathy, cynicism and these different topics as problematic and instrumental, and I thought ‘wow, those are exactly my reasons for not being politically engaged.’

So, I made almost a 180-degree shift and realized that there are a lot of issues I care about. I have a lot of privileges that I need to capitalize on when working on those kinds of problems. So, in general, my research has been about how can people like me, who are design professionals not interested in politics, engage in politics?

In what ways do you apply your research in the classroom and how do you collaborate with your students?

I think I’m really into exploring non-conventional ways of doing that. I obviously bring case studies from my research into class, but I’m really eager to see how the students can push the boundary. For example, this isn’t necessarily related to activism, but there was a teahouse project where we were working on renovations for the Boulder Dushanbe Teahouse, and as a class we wrote a book together called “An Architecture of Dialogue: Learning from the Boulder Dushanbe Teahouse.” It was put together based on our thoughts about issues in architecture theory using the teahouse as an example. This is one instance where I really wanted to involve the students in as authors.

So, there’s the idea of giving students more agency to be involved and being able to think through these issues not just as consumers of knowledge but as producers of knowledge. With the dissent by design studio, I also had a similar idea of doing a book led by students, where they could dig into these really contentious social problems and explore through speculative design. Asking questions like, what are ways we can think about transgender violence, the border wall, and any other experiences students have had in their own lives. I really want this to be a space for them to practice thinking through those types of topics.

The connection I get with my research is that this is my research. It’s working with creative types and designers to think about how we can really engage in these topics and issues. 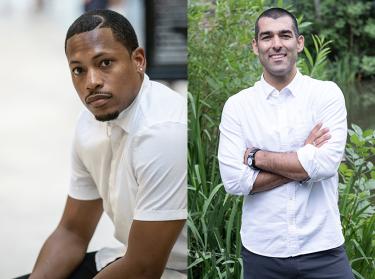 So, you were invited to co-guest edit issue 33 of MAS Context. What was that experience like?

That has been a really cool and new kind of process for me! In the fall, I collaborated with ENVD grads Ana Colon and Ann Dang on a workshop and presentation over the topic of racism in architecture, and then I presented it at a conference. It was there that I met Germane Barnes, who was also thinking about topics around race. We sort of hit it off on our shared interests and within a few months we scheduled a call to check in and exchange ideas. That call became monthly calls, which turned into weekly calls where we’re really exploring race and architecture, thinking about the idea of spaces and places as being racist.

Our conversations became more and more interesting and we came up with this idea of vigilantism. People like the woman in Central Park calling the police on Mr. Cooper. The police officer who shot George Floyd in Minneapolis. These people are acting like vigilantes–somebody who takes state powers and self-policing into their own hands. They’re not given that power through any kind of process, nobody elected them. We also thought about Batman and how he’s a vigilante, but there’s complexity and a darkness about it.

So we landed on three different aspects of vigilantism, an aggressor, a resistor and a witness. We put together a full proposal with a theme, an abstract and a list of about 12 contributors with very different angles and thoughts around this topic. And that’s how it all kind of transpired. MAS Context is an architectural, interdisciplinary design magazine, and when they replied back to us with not a no, we we’re excited!

Do you both think that you’re going to answer all of the questions listed on MAS Context’s website?

We actually wrote and prompted all of those questions. It was initially for when we reached out to the contributors for the Vigilantism issue. We came up with this one idea around vigilantes, and we like the three different characters, but we wanted to expand it to more than just that one idea, and it worked. We were thinking about it as a spatial thing, another person brought in the idea of it being an aesthetic thing, and another as a material thing and so on. 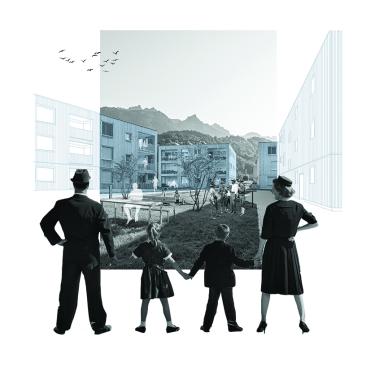 What does vigilantism mean to you and how will you contribute that to this issue?

I think the sense I had before all of this was that it wasn’t as racialized. It was a bit more neutral, like people patrolling their neighborhood keeping an eye out, looking for bad actors and cleaning up messes. In the past couple of years, as I’ve learned more about race and racism in America, vigilantism has come to connote things like Jim Crow, racism, lynching, the kinds of things that have happened and continue to happen to this country when people–state actors and non-state actors, police and not police–enact violence on racial minortities, and feel justified in doing so because they thought there was some kind of threat or concern.

After the issue makes its way into the world and people read it and take it all in, what do you hope the outcome will be?

I think one thing that really excites both me and Germane, is that this as a publication will be in the world for architecture students to see and use. These are not things that we had access to when we were in school, like new ways of thinking or connecting topics like racism and architecture. So, the idea that this will be in architecture schools and their libraries is pretty exciting.

One more thing I’d like to note, is that I do think these are uncomfortable topics for a lot of people. They can be politically uncomfortable and emotionally uncomfortable, and theoretically they’re not easy. It’s not like we have any frameworks for thinking about racism in architecture. In the back of my mind, with all those levels of discomfort I’m always trying to be aware that this can be alienating to some people. Some people could feel called out. But, I think a silver lining from the current protests is that more people are hearing terms like anti-racism, fragility and vulnerability. My hope is that more people in society will feel more encouraged, or more comfortable, to get into uncomfortable spaces of thinking when it comes to these topics.