In a recent interview, Sara Taketatsu, a 2019 ENVD graduate, described her involvement with the American Institute for Architecture Students (AIAS), and how that has expanded into a position in the organization’s Washington D.C. headquarters for a one-year, full-time position as the West Quad Director.

During our chat, Taketatsu also discussed what it’s like as an architectural designer at local design firm Sopher Sparn in the context of COVID-19. 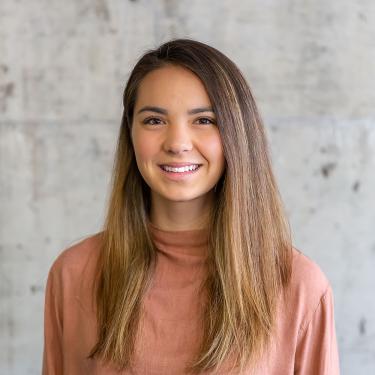 What was your first introduction to AIAS?
My first introduction to the AIAS was when a group of freshmen students went from studio-to-studio encouraging people to come on an AIAS firm tour. It was my first few weeks in studio and I remember being confused about how anyone had extra time to organize something like that. I didn't end up getting involved until the end of my freshman year when I saw the benefits of being a member of the organization. I became a member, and then soon after ran for the secretary position.

What were your intentions and goals in getting involved with AIAS?
I think my original intentions for getting involved with AIAS revolved around wanting to be set up in my career and having a chance to network, but I definitely got a lot more out of it than that. Community, leadership experience, friends, opportunities to voice concerns, and especially now I see how much of my career trajectory was directly influenced by my choice to join the AIAS.

What has been your position and work like with AIAS since graduation?
Right after I graduated I was less involved with AIAS than I had been while in school. I was serving on the governance committee for a week before I was called by the president of the AIAS, Sarah Curry, asking if I could step up to be the West Quad Director. I had run for the position at FORUM over New Year's and had been a runner-up. Serving as the West Quad director has been an exciting addition to being an emerging professional. I've had the opportunity to talk to chapter leaders throughout the Western United States, serve on the board of directors of the AIAS, serve on multiple committees, and meet and talk to other collateral organizations about current student challenges. It's been incredibly fulfilling!

How did you find out about the position in D.C.?
When I was a chapter leader at CU Boulder I had lots of interactions with the then-current West Quad director, and that was my first connection to the national office. Going to FORUM and taking part in the Council of Presidents gave me a look into the organizational structure nationally. Serving as West Quad director was definitely the initial inspiration for running for Vice President since it gave me the chance to serve and support students in a new capacity than I had experienced before.

What was the application process like?
Running for the vice president position was an extremely rigorous process. The intent to run and candidate packet was all submitted before FORUM, and there I gave speeches and talked to students about why I wanted to be Vice President. So in a sense, there was an interview process, but rather than your traditional interview, it was me talking in front of hundreds of students over the span of five days. 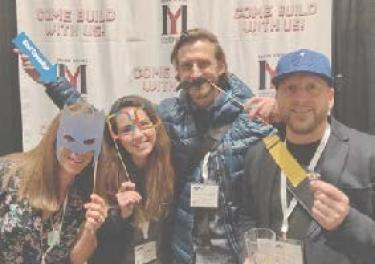 What is your position and what are some obligations you will be tasked with?
The Vice President's role includes being the secretary as well as the treasurer for the organization. Both roles have lots of responsibilities associated with them but they are definitely the inward-facing role as opposed to the more public-facing responsibilities of the president. I will also be leading some efforts including membership month, serving as the chair for the finance and membership committees, and sitting on the Association of Collegiate Schools of Architecture (ACSA) board of directors.

Are you excited?
I am absolutely thrilled to have this opportunity! The chance to serve students and to connect with so many awesome people is an incredible opportunity for thinking about the future of architecture.

What do you want the outcome of this experience to be?
My primary goal is to be a voice for students and to make sure the AIAS keeps being an organization that promotes student leadership, design, and service. I definitely look forward to honing my leadership and communication skills as well!

In the wake of COVID-19 at Boulder design firm Sopher Sparn.

Are you working from home?
Yes, I'm currently working from home. It's been an interesting transition but I'm thankful for the resources and ability to continue working despite these unpredictable times.

Has your company’s workflow slowed in the last few weeks since the social isolation measures began?
From my perspective, the workflow has not slowed down. Working from home has added a different tempo for the workday, but I'm working on the same projects that I was before the virus.

Have there been layoffs in your firm?
There haven't been any layoffs and hours have been maintained, so it's been work as usual besides transitioning to working remotely.

Do you foresee your workflow returning to normal once you return to your office?
Depending on when we return to the office, I definitely see workflow returning to semi-normal. I think with the leap into the 21st century that our firm, as well as many others, have had to make will better enable them to take advantage of more collaborative technologies and incorporate them into the workflow even when we are back in the office.