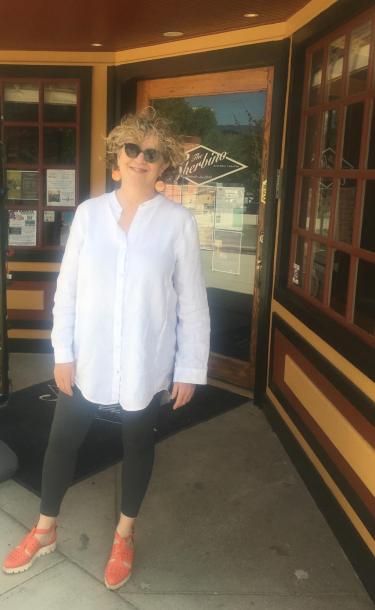 Nan Goodman is the author of three books on early American law and literature:  The Puritan Cosmopolis:  The Law of Nations and the Early American Imagination (Oxford UP, 2018); Banished: Common Law and the Rhetoric of Social Exclusion in Early New England (University of Pennsylvania Press, 2012); and Shifting the Blame: Literature, Law, and the Theory of Accidents in Nineteenth-Century America (Princeton UP 1998, Routledge, 2000). She is the co-editor of two volumes, The Routledge Research Companion to Law and Humanities in Nineteenth-Century America, (Routledge, 2017) and The Turn Around Religion in America: Literature, Culture (Ashgate, 2011) and the editor of two special issues of English Language Notes: Comparative and Critical Mysticisms, Special Issue, English Language Notes, 56.1 (2018) and Juris-dictions 48.2 (2010).  She has written many essays on early American literature and issues related to law and the humanities.  She teaches classes on early American literature, law and literature, and Jewish Studies.  She is the Editor in Chief of English Language Notes.