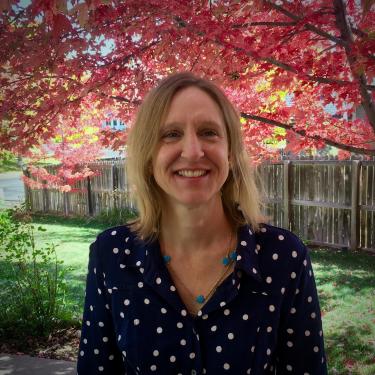 Her primary research interest is in bridging the divide between the Middle Ages and the early modern.  She has published essays on Chaucer’s poetry, the Langland-tradition, Spenser’s debts to Chaucer, and sixteenth-century English humanism.  Her first book explores the late medieval heresy, Lollardy — Confession and Resistance: Defining the Self in Late Medieval England (University of Notre Dame Press, 2006); and the second charts the re-emergence of pastoral — Transforming Work:  Early Modern Pastoral and Late Medieval Poetry (University of Notre Dame Press, 2013).  At present she is working on a book about humanism in sixteenth-century England.

She is also interested in genre and has co-edited a collection of essays on romance, Thinking Medieval Romance (Oxford University Press, 2018) with Nicola McDonald, and written an essay on Pastoral in the Oxford Research Encyclopedia of Literature: https://doi.org/10.1093/acrefore/9780190201098.013.1078.

A recent project, in response to the crisis of the humanities, is an online, open-access journal entitled New Chaucer Studies:  Pedagogy and Profession -- https://escholarship.org/uc/ncs_pedagogyandprofession.