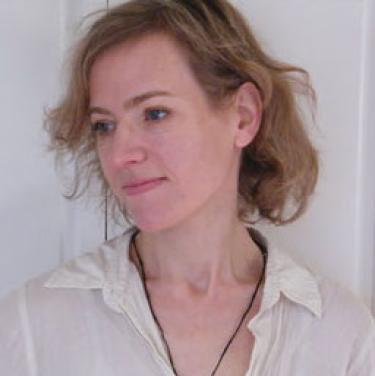 Julie Carr's creative works include Objects from a Borrowed Confession (Ahsahta, 2017), Think Tank (Solid Objects, 2015), RAG (Omnidawn, 2014), 100 Notes on Violence (Ahsahta, 2010), winner of the 2009 Sawtooth Poetry Prize, and Mead, An Epithalamion (University of Georgia Press, 2004). She is also the author of Surface Tension: Ruptural Time and the Poetics of Desire in Late Victorian Poetry (Dalkey Archive, 2013), and the co-editor of Active Romanticism: The Radical Impulse in Nineteenth-Century and Contemporary Poetic Practice (University of Alabama Press, 2015). She has been the recipient of numerous awards and honors, including The Sawtooth Poetry Prize, and The National Poetry Series. Her co-translations of Apollinaire and contemporary French poet, Leslie Kaplan have been published in Denver Quarterly, Kenyon Review, and elsewhere, and a chapbook of selections from Kaplan’s “Excess-The Factory” has recently been released by Commune Editions. Carr was a 2011-12 NEA fellow. Her work has been anthologized widely, including in Postmodern American Poetry: A Norton Anthology. Julie is serving as associate chair for the Creative Writing Program for the Spring 2015 term.