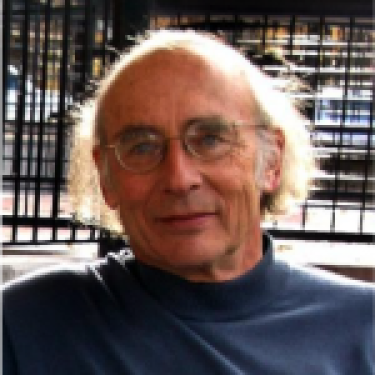 Jeffrey Robinson retired from the University of Colorado in 2009 and from 2013 to 2019 was Professor of Romantic Poetry at the University of Glasgow, Scotland, where he continues as Honorary Senior Research Fellow.  Romantic poetry and prose and Romantic poetics, particularly as it anticipates innovative and avant-garde movements in post-Romantic poetry, poetry to the present comprise his areas of interest and recent publications including: The Walk: Notes on a Romantic Image (1989, rep. 2006); Wordsworth Day by Day: Reading His Work into Poetry Now (2005); Unfettering Poetry: The Fancy in British Romanticism (2006);  Poems for the Millennium, Volume Three: The University of California Book of Romantic Poetry, co-edited with Jerome Rothenberg (2009, winner of American Book Award 2010);  a volume of original poems that “deform” the poems and idioms of Romanticism, Untam’d Wing: Riffs on Romantic Poetry (2010); Active Romanticism: Essays on the Continuum of Innovative Poetry from the Late-Eighteenth Century to the Present, co-edited with Julie Carr (2015); Poetic Innovation in Wordsworth 1825-1833: Fibres of These Thoughts (2019). In Fall 2016, he organized a 5-day poetry festival and symposium, featuring poets from the UK, the US, and Europe, called "Outside-in / Inside-out.  See link for schedule and detailed retrospective on the event: https://poemsandpoetics.blogspot.com/2016/09/outside-in-inside-out-schedule.html His 2021 commentaries on the poetry of the homeless in Manchester, UK, The Book of Ours, can be found at http://synaptry.blogspot.com/2021/10/an-introduction-three-is-golden-crown.html  He is finishing a book manuscript called “John Keats Utopian Margin.”  He and his wife Beth now lives in South Hampton, New Hampshire in an 1828 farmhouse.

Poems (in addition to books)

Reader of Manuscripts for Presses