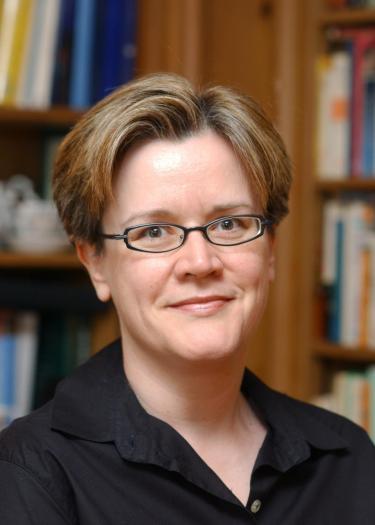 Dr. Labio is associate professor of English.  She specializes in comparative approaches to the study of modern and contemporary literature, philosophy, culture, economics, and the visual arts since the late seventeenth century.  She is the author of Origins and the Enlightenment: Aesthetic Epistemology from Descartes to Kant (Cornell University Press, 2004). She has edited Belgian Memories (Yale French Studies 102, 2002) and co-edited The Great Mirror of Folly: Finance, Culture, and the Crash of 1720 with William N. Goetzmann and K. Geert Rouwenhorst of Yale’s International Center for Finance and Timothy Young of the Beinecke Rare Book and Manuscript Library (Yale University Press, 2013). She is completing two monographs tentatively titled The Year of Wonder and Despair: France and the Mississippi Bubble of 1719–1720 and The Architecture of Comics. Dr. Labio has published articles in English and French on comics, Adam Smith, and eighteenth-century literature and culture in leading journals, including Critical Inquiry, Yale French Studies, Cinema Journal, SVEC (Studies on Voltaire and the Eighteenth Century), and Eighteenth-Century Fiction. She has served as Review Editor of the journal European Comic Art since 2009. In 2012 she curated, with Lisa Tamaris Becker, Hockney and Hogarth: Selections from the CU Art Museum's Collection of British Art, an exhibition on view at the CU Art Museum from September 7 to October 27. In 2013 she curated the exhibition From Bande Dessinée to Artist’s Book: Testing the Limits of Franco-Belgian Comics, on view at The Center for Book Arts in New York City from 19 April to 29 June. Dr. Labio has a Ph.D. in Comparative Literature from New York University and has taught in the Departments of Comparative Literature and French at Yale University, the English Department of Reed College, and the Masters in Intercultural Management (MIME) of the Brussels Business School (ICHEC). Some of the courses Dr. Labio has taught at CU Boulder include “The Global Eighteenth Century,” “History and Literature of Georgian Britain,” “Financial Bubbles in Literature, Art, and Film,” “Introduction to Literary Theory,” “Text and Image,” and “Franco-Belgian Comics.” She has also supervised theses on these and related topics and welcomes inquiries from current and prospective masters and doctoral students.