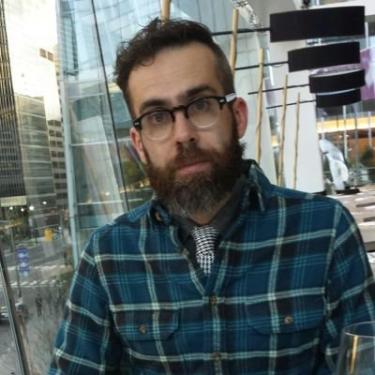 Ben Robertson's research and teaching focus on genre fiction, especially fantasy and the weird, as well as American literature, media studies, and literary theory. His writing has appeared in Configurations, Science Fiction Studies, Amodern, The Journal for the Fantastic in the Arts, Extrapolation, and Music, Sound, and the Moving Image, among other places. He has published book chapters on Watchmen; music, networks, and terrorism; and imaginary worlds. With Marie-Laure Ryan and Lori Emerson he has edited The Johns Hopkins Guide to Digital Media. With Gerry Canavan he has edited a double special issue of Extrapolation on Mere Genre. His first book, None of this is normal: The Fiction of Jeff VanderMeer, will be published by the University of Minnesota Press in fall 2018. His current book project, to be completed in summer 2018, is Here at the end of all things: Fantasy after History, under contract with the Johns Hopkins University Press. Having taught a course on Tolkien and published an essay on Star Wars, he considers his life mainly complete.