Concerned with developments in the study of literature that have significantly influenced our conception of the theoretical bases for study and expanded our understanding of appropriate subject matter. 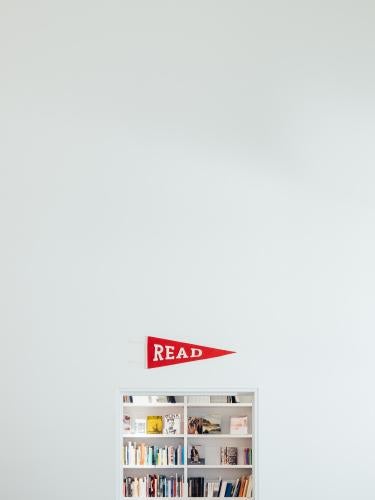 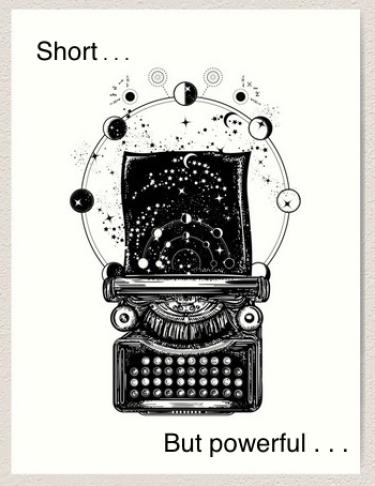 This course studies the modern short story. For each assignment students have the option of writing an analytical paper or their own short story. Along with mainstream stories of traditional length and format, we look at flash fiction, post-modern fiction, digital fiction, and the current state of fiction on the web. Most of the material is online, meaning very little expense for texts. Instruction is mainly by discussion. Authors include (but are not limited to) Vladimir Nabokov, Thomas Pynchon, Joyce Carol Oates, Ernest Hemingway, F. Scott Fitzgerald, Saul Bellow, Katherine Anne Porter, John Updike, John Barth, Eudora Welty, and Flannery O’Connor. The overall goal is to acquire new ways of understanding creativity, including your own.

Think about Seattle. A major city on the Northwest coast originally built on Duwamish and other tribal lands, it is home to some of the largest, wealthiest, and most 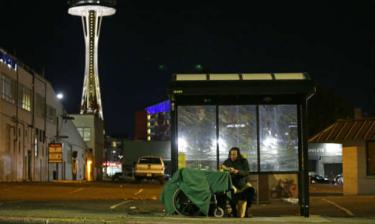 influential corporations of the contemporary global economy – Amazon, Microsoft, Boeing, T-Mobile US, Expedia, Costco, Starbucks, and Nordstrom, to name a few. Yet at the same time, the city is currently undergoing a homelessness and poverty crisis, with the third largest homeless population in the US and approximately 12% of its one million or so residents living below the poverty line. In Seattle, it is not unusual that people with full-time jobs – including government employees such as mailmen and -women – live in tent cities. At once an epicenter of globalization and an exemplar of the economic and other forms of violence attendant on such, what does Seattle tell us about our present phase of capitalism? Might Seattle and other global cities be regarded as privileged sites for exploring capitalism’s contradictions and abuses? And how can the literatures and cultures of global cities such as Seattle help us get to better grips with the wider world that these cities represent and, increasingly, control?

Montessori education suggests three stages of learning. First you understand the concepts, then you practice its applications, then you teach it to someone else as the "final." These are the guiding principles of this course, that you've been studying and practicing English for several years and your "capstone" or synthesis is to figure out and experience how to teach it to others.

The main impetus for this course is the gap between our theories (almost all of them) and our practice, a gap that Jim Sosnoski has explored in a recent book titled Modern Skeletons in Postmodern Closets. While we recognize that the literary text generates a number of divergent responses, we often work in the classroom towards closure and consensus. Further, we know that literature speaks to our whole being, to our emotions and senses as well as to our intellects, but the kinds of responses we encourage are often abstract, generalized, cognitive ones. Too often process--the pluralistic, the erring, the mysterious--is ignored, suppressed, or finessed to get to some kind of product on schedule. Even in classrooms where the most radical lines of social defiance are presented, the structures of authority and patterns of interaction remain as rigid and unimaginative as ever.

We will not try to reinvent the wheel, but will study what has been done already to help us conceptualize what we see. When I first taught a version of this course over three decades ago, there were few publications relating pedagogy to theory. Now I find the opposite problem; a minor industry has arisen, although unfortunately too little of it really does address the human, concrete realities of the classroom. Two strands of theory most relevant for our work will be the varieties of reader-response criticism and the revival of interest in pragmatism. We will be reading, then, among others, Louise Rosenblatt, Norman Holland, Jane Tompkins, David Bleich, Robert Crosman, Stanley Fish, Richard Poirier, and Richard Rorty. I will also try to skim off the best writings about education in general from teachers, philosophers, and psychologists such as John Dewey, John Holt, Nelson Goodman, and Jerome Bruner.

All of us will be keeping a running journal from which we will share extracts at regular intervals. It is highly recommended, but not absolutely required, that you do some actual teaching or tutoring over the course of the semester with real students in a K-12 situation. I will have some options I can offer and if you plan to do something time consuming and extensive we can arrange for you to receive extra credit hours for your service learning work. Prospective students are encouraged to talk to the instructor before the semester begins, to talk about matters such as community placements and customizing the course for you.

Literature and Human Rights: From the Eighteenth Century to the Present 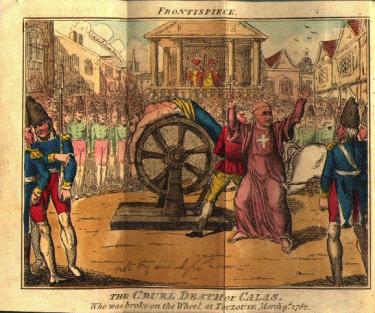 Rights are entitlements or justifiable claims; human rights are a special kind of claim that one is entitled to by virtue of being human. In recent scholarly accounts, the eighteenth century has emerged as the period when rights became human rights, that is, when rights were declared as natural (inherent in human beings), equal (the same for everyone), and universal (applicable everywhere). This course examines the role of literature in imagining and articulating rights, focusing in particular on literary forms such as the epistolary novel, the Bildungsroman, and autobiographical testimony. Possible topics for discussion include: the role of sentimental literature in shaping new conceptions of human equality; the relationship between humanitarian sensibility and human rights; and the ways in which various marginal groups, especially women and slaves, used the language of rights to advance claims of equality. Readings may include: Samuel Richardson, Clarissa; Cesare Beccaria, On Crimes and Punishments; Mary Prince, The History of Mary Prince; Susan Brison, Aftermath: Violence and the Remaking of a Self, Jean Amery, At the Mind’s Limits; J. M. Coetzee, Disgrace.Requirements: mandatory attendance and participation; reading responses; one 5-page essay; and a final 10-page research essay.