Provides a basic skills course designed to equip students to handle the English major. Emphasizes critical writing and the acquisition of basic techniques and vocabulary of literary criticism through close attention to poetry and prose. 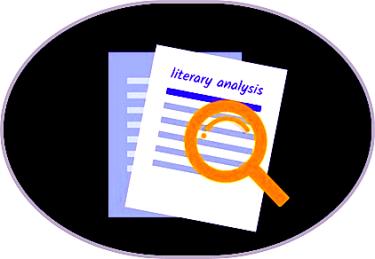 This course treats analysis as a creative act. It assumes that analysis makes it possible to enjoy literature in unexpected ways and that worthwhile analysis stems from creative excitement and enjoyment.

It is divided equally between poetry and prose. In both parts we study short works: short poems and, in the prose section, short stories and essays. The relative shortness of the readings enables us to consider a wide variety of authors and styles while exploring each work in depth. And the works we study do reward detailed attention. Authors include standard figures such as Shakespeare, Wordsworth, Emily Dickinson, Robert Frost, Eudora Welty, and Scott Fitzgerald; experimental writers such as E. E. Cummings, Tom Wolfe, and Sesshu Foster; and writers from traditionally marginalized groups: people of color, people of unconventional sexuality, and people of physical disability, a group that includes such writers as James Baldwin, Louise Erdrich, Judy Grahn, Audre Lorde, and Nancy Mairs.

In addition to traditional topics such as diction and form, the poetry section explores the relation between poetry and music, including rap and popular song. The prose section adds concepts especially suited to the study prose and includes both fiction and nonfiction. Both parts involve short exercises in creative writing as a way of  understanding the relation between analysis and creativity. We also look at what’s happening with poetry and prose right now, including electronic literature as presented on the web. The overall goal is to acquire new ways of understanding creativity, including your own.

The instructor: Professor Ed Rivers writes on modern literature and has won five awards for teaching, including the University’s highest, the President’s Teaching Scholar award.

Texts:  A custom-designed course pack costing about $20.00 in the UMC plus short texts available online at no cost.

This course is designed for students in the English major and aims to cultivate in students the practice of reading and writing about literary texts. We will cover the basic concepts and vocabularies of literary criticism, and familiarize ourselves with the central genres of literature—poetry, drama, and the novel—and the specific methods involved in analyzing them. We will ask not just what the meaning of a literary work is, but how meaning is conveyed, and why it is conveyed in such a way. In other words, we will look at the formal elements of a text and the way they interact with, reinforce, or subvert a text’s thematic content. Texts we will likely use include Eaven Boland and Mark Strand's The Making of a Poem; William Shakespeare's Twelfth Night and Titus Andronicus; Brian Friel's Translations, Tom Stoppard's Rosencrantz and Guildenstern are Dead, Joseph Conrad's Heart of Darkness, and Nella Larsen's Passing.

In ENGL 2102, Literary Analysis, we will read, discuss, and write about a variety of literary genres and forms:  poetry, drama, and fiction.  In all our reading and work together, we will focus on the crucial ability to analyze closely a piece of literature:  how does a good writer use character, setting, and action to create meaning?  How does her or his choice of language work?  What makes a literary work endure for centuries? We will study poetry in many of its forms (song, sonnet, ballad, dramatic monologue, free verse, lyric) as well as many of its themes (youth, age, love, death, war, nature).  We will also read drama by Shakespeare, short stories (D. H. Lawrence, Flannery O’Connor, James Baldwin, Ursula LeGuin),  and a Dickens novel.

This course provides students with a broad familiarity with literary genres and literary terms, and it trains students in the practices of literary criticism and research.  Students will learn to analyze prose and poetry with appropriate strategies, including close reading.  The primary application for these newly acquired skills will be classroom discussion and written assignments, both informal and formal, and students will leave the course prepared to join the ranks of English majors.