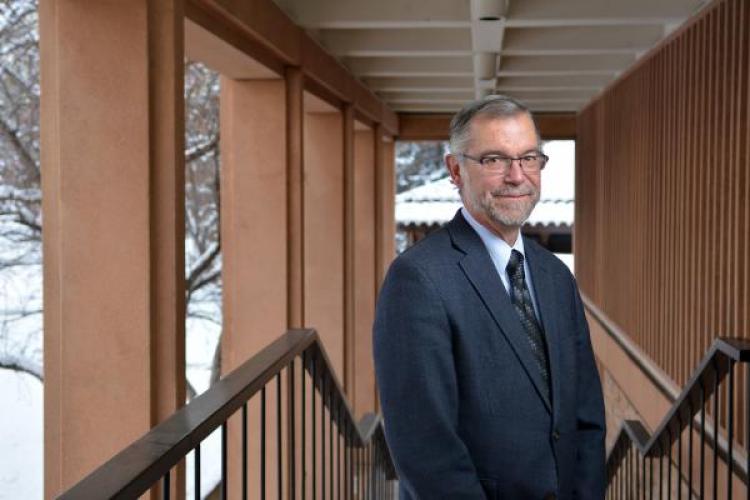 “A good class can save a bad day.”

So said by Dr. Jeff Cox, full professor of English, who has recently returned to teaching full-time after 21 combined years of service in administrative positions at the University of Colorado Boulder.

Cox, a Seattle native who grew up outside of Washington D.C., was hired at CU in 1998 as the Director for the Center for Humanities and the Arts. After eight years in this position, he became the Associate Vice Chancellor and then Vice Provost for Faculty Affairs, a position he held until 2019.

When asked about his particular affinity for administrative roles in the university, Cox answered: “Administrative positions enable one to make it possible for the faculty to do their amazing work.  This might have been clearest when I ran CHA which sought funding for faculty and worked to build an intellectual community at CU.”

It is undeniable that Cox made impressive strides in his time in Faculty Affairs, where he had responsibility for the entire faculty of the campus. He handled a variety of matters from personnel processes from hiring to retirement to being in charge of the academic program review. He oversaw several faculty development programs. He was even involved in a number of major initiatives across campus, including creating CMCI – the first new college at CU in 50 years – and Academic Futures.

As of the start of the spring 2020 semester, Jeff transitioned to teaching full-time within the English Department.

“I don’t really believe that administrators should stay in a single position longer than 8 years or so.  For a variety of reasons, I stayed on (in Faculty Affairs) for 14, but I had always planned on returning to full-time teaching.” He continued: “I taught throughout my time in Faculty Affairs but only at the graduate level. I wanted to return to one of the core activities of being a professor, professing, in my case, literature to our undergraduates. I’m not sure how much longer I will continue to work, and I wanted to make sure I ended my career pursuing the core mission of the faculty—teaching and scholarship.”

Cox attributes much of his excitement for this semester to teaching undergraduates Modern Drama for the first time, especially because he has only taught graduate students in his time at CU Boulder, despite having taught thousands of undergraduates when he worked at Texas A & M before taking the position as Director of the CHA in Boulder.

While the return to teaching means a shift in duties and responsibilities, Jeff was not hesitant to point out the similarities between administrative roles and teaching. “In both, you need to listen to people. You need to know how to synthesize what other people are saying and help them to say it better. I have run hundreds and hundreds of meetings, and a good meeting is basically like a good class—it’s headed in a clear direction but is open to the ideas and opinions of everyone in the room.”