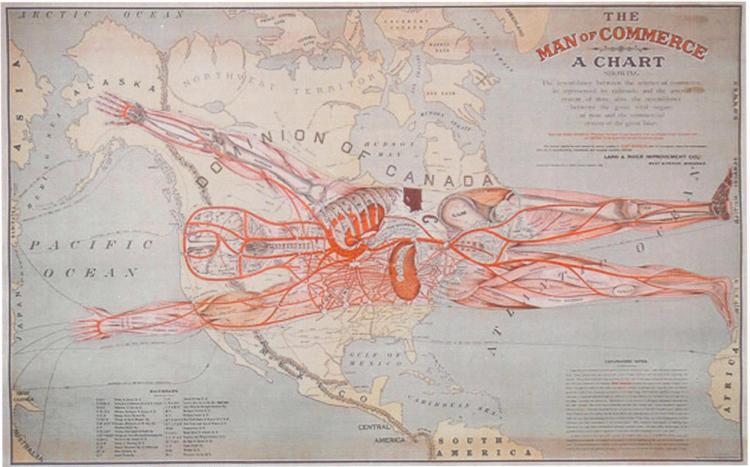 Positioning itself at the crossroads of contemporary literature, geography, and new materialist philosophies, this course will explore how American millennial fictions map and navigate, construct and alter, inhabit and evacuate spacetime; and in tandem it will consider how theoretical texts on space and time (re)conceptualize these categories. In the wake of the new geological epoch known as the Anthropocene (in which the divisions between nature and culture, human and extra-human scales have been destabilized) we will grapple with the emergent spacetime of “postnature”—a category that considers the escalating contamination, homogenization, and mediation of the natural, often through posthumanist and post-anthropocentric lenses. Beginning with the premise that posthumanist theory sees itself as a philosophical corrective to poststructuralism’s overemphasis on language (to the exclusion of pressing political, environmental, and ethical considerations), we will consider the degree to which American millennial fictions are responsive to such concerns as we investigate literal and imaginative spacetimes and the ways they inevitably overlap. We will ask how millennial novels approach these representational challenges, from the largest planetary scales to the tiniest (contradictory) scales of living bodies, from the attenuated gradualism of slow violence to the instantaneity of events. We will also take account of the “spacetime of the text” and the ways it shapes, echoes, and contradicts its internal depictions of spacetime. We will read a selection of the following: Don DeLillo, White Noise (1985); Robert Coover, Pinocchio in Venice (1991); William T. Vollmann, The Atlas (1996); Karen Tei Yamashita, Tropic of Orange (1997); Linda Hogan, Solar Storms (1997); Mark Z. Danielewski, House of Leaves (2000); Joy Williams, The Quick and the Dead (2002); Percival Everett, Watershed (2003); and Rebecca Solnit, A Field Guide to Getting Lost (2005).