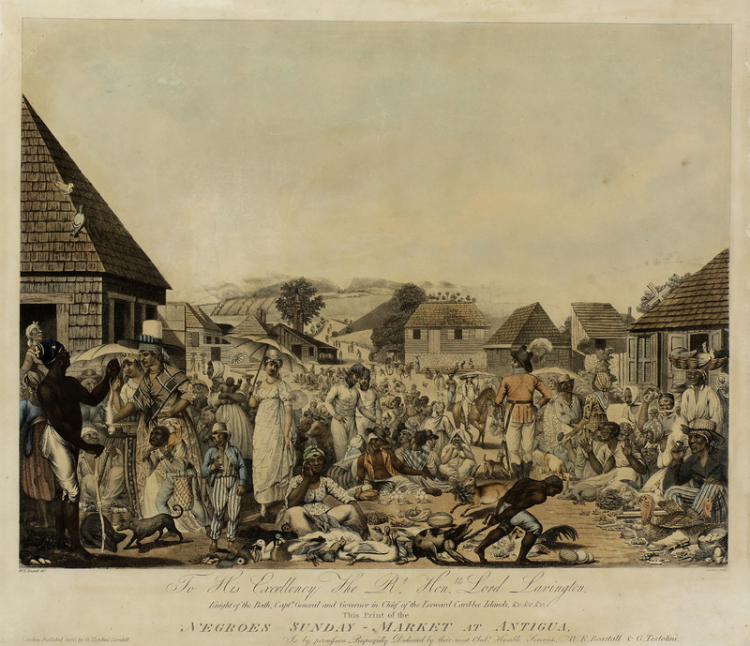 In 1790, the planter-historian William Beckford claimed that Jamaica was “one of the richest jewels in the crown of Great Britain.” In the eighteenth century, slave-grown sugar was Britain’s most important colonial commodity, and Caribbean colonies, her most prized economic possessions, more valuable in gross economic terms than the Thirteen (American) Colonies. The rise of chattel slavery in the Caribbean, supported by labor from Africa and capital from Europe, not only restructured socio-economic life in the British Atlantic but also shaped the literary cultures of the long eighteenth century. This course will focus on a variety of literary and historical narratives that emerged out of, responded to, and intervened in three principal contexts of racial slavery: the slave trade across the Atlantic, plantation slavery in the Caribbean, and the campaign to abolish slavery in England. Readings will likely include Aphra Behn’s Oroonoko (1688); Richard Steele’s Inkle and Yarico (1711); Daniel Defoe’s Robinson Crusoe (1719); Laurence Sterne’s A Sentimental Journey (1768); Ignatius Sancho’s Letters of Ignatius Sancho (1782); Olaudah Equiano’s Interesting Narrative (1789); Mary Prince’s The History of Mary Prince (1831); and Matthew Lewis’s The Journal of a West India Proprietor (1834). Our method will be simultaneously historical and theoretical. We will study our primary texts vis-à-vis contemporary accounts of the slave trade and slavery (Thomas Phillips, Richard Ligon, Charles Leslie, Bryan Edwards, and Edward Long). At the same time, we will attempt to frame our discussions around a set of critical concepts—commodification, capitalist modernity, creolization, diaspora, and racialization—that have been developed by various theorists, including Stuart Hall, Orlando Patterson, Michel-Rolph Trouillot, Ian Baucom, Paul Gilroy, and Simon Gikandi. The course is intended as an introduction to the long eighteenth century, given its attention to several canonical and popular texts from the period. But it will also be of interest to students with broader (i.e. comparative) interests in the histories of slavery, race, and colonialism. Requirements: regular attendance and class participation, periodic posts on D2L, one 5-page book review, a class presentation, and a final 15-page research paper.