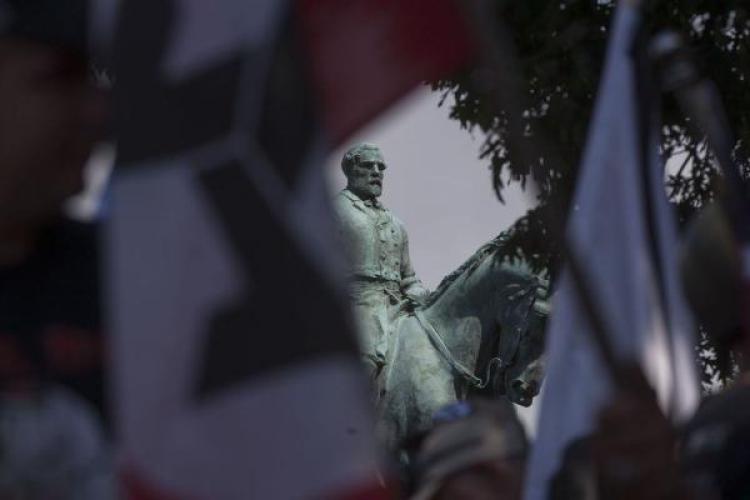 As we reach the one-year mark of the Charlottesville “Unite the Right” rally, we now recognize how a July 2017 article in the Chronicle of Higher Education foretold the scene that unfolded in Virginia just one month later. The Chronicle explains that “Alt-right online forums have co-opted themes from the Middle Ages and created memes that feature a battle cry from the Crusades, “Deus Vult,” or “God wills it,” to advocate for violence against nonwhite people.” The article goes on to suggest, in Suzanne Akbari’s words (University of Toronto), how “the alt-right’s ‘fantasy’ of the medieval past couldn’t be further from the truth …. The medieval past is actually highly integrated, highly diverse, with a tremendous amount of cultural interchange.” How are we to think about two versions of the Middle Ages that are so fundamentally at odds with one another? And, moreover, why are we returning to the premodern past in order to makes sense of our own highly-charged, turbulent historical moment?

We begin with an examination of how and why white supremacists today appropriate images and language from the Middle Ages and how this appropriation relates to medieval studies. After framing the class with current, hotly-contested arguments around race and gender in the field, we turn to primary sources and literary criticism to explore the overarching topic of the class. This course studies difference – specifically race, gender and textual

difference – in medieval and early modern England. We’ll think about how premodern writers represent these categories; how the medieval relates to and differs from the early modern; and how these historical categories anticipate but also diverge from our own understandings and markers of identity. While we focus on two canonical writers of English literature, Geoffrey Chaucer and William Shakespeare, we will be attentive to voices from the margins as well. Students will have the opportunity to connect the topics of race and gender in medieval and early modern England to current events in a “medievalism/early modernism” assignment and will also have the option to make a capstone project in the digital humanities.