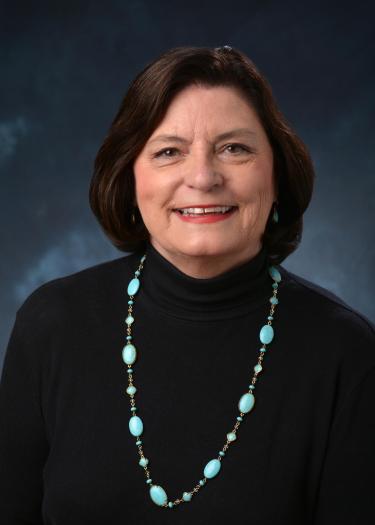 Kathy Escamilla is a professor of education in the division of social, bilingual and multicultural foundations. Dr. Escamilla's research centers on educational issues related to Spanish speaking language minority students in U.S. schools. She is specifically interested in issues related to the development of bilingualism and biliteracy in early elementary grades for this Spanish speaking population. Her recent research has also examined assessment practices and the impact of high stakes testing on these children.

My research interests center on educational issues related to Spanish speaking language minority students in U.S. public schools. Four major areas of my research interests include: (1) language and literacy acquisition of Spanish speaking students in bilingual programs; ( 2) sociolinguistic and sociocultural contexts of classrooms and schools with large numbers of Spanish speaking students, including research on teacher preparation to understand how it affects program implementation and impact on schools; (3) acquisition of literacy in Spanish including the reconstruction of English reading programs into Spanish.; and (4) the impact of high-stakes testing on students who are learning English as a second language.

My interest in language and literacy acquisition focuses on how programs such as bilingual education affect the English language and literacy acquisition of Spanish speaking students. However, I am equally interested in ways that bilingual programs affect the maintenance and development of Spanish, as well as English, and signs of language shift and language loss. In this general area, I have published three articles in refereed journals and three book chapters. The articles appeared in The Hispanic Journal of Behavioral Sciences (1992, 1993), and Urban Education (1993). The book chapters appeared in A Compendium of Readings in Bilingual Education (1994), Literacy: A Redefinition (1994), and The Power of Two Languages: Literacy and Biliteracy for Spanish Speaking Children (1993). This work documents that, for children in bilingual programs, learning in Spanish does not retard or delay the acquisition of English.

My research in this area has also raised questions with regard to the wholesale carrying over of English language reading approaches into Spanish. The teaching of Spanish reading is dominated by English reading methodologies. I am currently studying this pervasive, largely unexamined practice by examining literacy instruction and assessment in bilingual programs. Results of this research have been published as book chapters in The Power of Two Languages(1999), and The Handbook for Literacy Assessment for Bilingual Learners (2001), and as two articles in refereed journals on the need to include Latino children’s literature in elementary bilingual literacy programs (Equity and Excellence in Education, 2003; Bilingual Research Journal, 2003).

Study of Sociolinguistic and Sociocultural Environments of Bilingual/ESL Schools

My research in this area has addressed sociolinguistic questions such as language use, distribution, and status in schools and classrooms where there are Spanish/English bilingual education programs. My published work in this area appears in Educational Policy (1999), Educational Considerations (1999), The Urban Review (1995), The Bilingual Research Journal (1994), The Journal of Educational Issues of Language Minority Students (1992), and Children of La Frontera: Binational Programs for Mexican Migrant and Immigrant Students (1996). Additional work in this area included an analysis of Colorado’s Amendment 31, which would have outlawed bilingual education in public schools.  This research was published in the Bilingual Research Journal in 2003.

In 1997 I began a five-year project, with Dr. Leonard Baca, funded by the U.S. Office of Education and Research Improvement (OERI) through the Center for Research, Diversity and Excellence in Education Center (CREDE) at the University of California, Santa Cruz. The study examined teacher preparation programs at six institutions of higher education to document how these universities are preparing teachers to be effective in teaching linguistically and culturally diverse students.

Study of the Acquisition of Literacy in Spanish

My research in this area focuses on the study of early literacy development for Spanish speaking children, in their native language, including an analysis of an early intervention reading program designed to help first grade students who are struggling readers. The Descubriendo La Lectura program is a conceptual reconstruction of the English reading program Reading Recovery. I began this study in 1988. Over the past eleven years, it has grown from one project in one state to involve eight states and 167 school districts. These projects are a collaboration with a national network of scholars and practitioners who are part of the Reading Recovery Council of North America.

This work has resulted in the publication of one book, five articles in refereed journals and two book chapters. The book, Instrumento de Observación de los Logros de la Lecto-escritura Inicial (1996) is now in its third printing. The articles appeared in, Education and Urban Society (1992), NABE Conference Proceedings (1992), Literacy, Teaching, and Learning (1994, 1994, 1998). The book chapters appeared in Research on Reading Recovery (1997), and Early Intervention and Early Literacy (1998).

I have just finished a three year project with Drs. Leonard Baca, Janette Klingner and John Hoover that examines the impact that high stakes testing (Colorado Student Assessment Program, CSAP) has on limited English proficient students in Colorado. This project, funded by the U.S. Department of Education, Office of English Language Acquisition will look at outcomes related to the CSAP and limited English proficient (LEP) students and will also explore opportunities to learn for these LEP students. The technical report for this project will be complete in January 2005.  Four monographs have been written and published from this work (by the Colorado Association for Bilingual Education, 2000, 2001, 2002, and 2003), and one refereed journal article has been published on this research (Bilingual Research Journal, 2003).

My teaching interests are in the areas of second language acquisition theory, methods and materials in bilingual/multicultural education, and education and sociolinguistics. I am deeply committed to helping students apply educational theory to practice.

This course introduces students to the discipline of sociolinguistics, the study of language variation and use, and its application within education settings. It is not designed as an advanced sociology or linguistics course. Areas of study include language variation, speech communities, the ethnography of communication, speech and social identities, and sociolinguistic research related to teaching and learning

This course examines critical issues in the development and implementation of bilingual education and English as a second language programs with a focus on the implementation of these programs in various sociopolitical contexts of the United States. Course topics include theoretical perspectives, political issues, policy and practice issues, and cultural and linguistic issues. The course aims to develop skills in scholarship, particularly collaborative reflection, discussion, and fieldwork investigation of culturally and linguistically diverse schools and communities. Specifically, the course provides first-hand opportunities to engage in or to create research projects related to bilingual education or ESL.