By By alumni Kathryn Wiley, Vincent Basile and Adam York 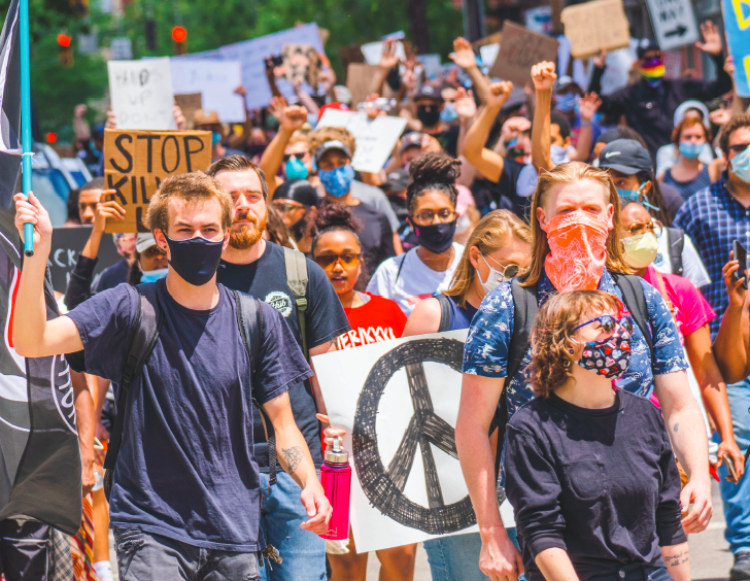 If you’re unfamiliar with the issue, it’s helpful to understand the terms, history and arguments. SROs are armed law enforcement officials deployed to schools. The number of schools with SROs has increased substantially over the past 50 years, from 1 percent in 1970 to 61 percent in 2017, according to the Educational Research Center of America. Having racialized roots, school policing began in the 1940s and 1950s as part of white resistance to desegregation efforts followed by significant increases in the number of school police as the nation embraced a racialized and largely politically contrived “War on Drugs” and programs such as D.A.R.E. Later, federal money was spent to mandate the use of law enforcement officers and interagency agreements through policies such as the Gun-Free Schools Act of 1994.

We know the use of SROs harms students, particularly students of color. SROs are disproportionately placed in schools with majority students of color, according to the Educational Research Center of America. Consequentially, students of color are overrepresented in school police referrals and arrests. For example, Black students are only 16 percent of all students but are 27 percent of school referrals to law enforcement and 31 percent of school-related arrests, according to the Civil Rights Data Collection in 2014. Beyond racial disparities, civil rights groups have also voiced concerns about overrepresentation of students with disabilities and of due process violations for youth interviewed without legal or parental representation.

Despite what is often presumed, SROs are not required for the vast majority of incidents that prompt their involvement, which are typically nonviolent and minor. Instead, other professionals, such as school counselors, social workers and restorative justice coordinators, are better equipped to de-escalate and respond to incidents."

Despite what is often presumed, SROs are not required for the vast majority of incidents that prompt their involvement, which are typically nonviolent and minor. Instead, other professionals, such as school counselors, social workers and restorative justice coordinators, are better equipped to de-escalate and respond to incidents. However, schools often lack these supportive staff due to financial constraints. District and city budgets allocated for policing are better spent on support staff and educational programming.

Opponents argue that the possibility of school shootings necessitates police presence. However, there is little evidence to support this claim. Research shows SROs do not necessarily prevent school shootings, and the highprofile nature of these acts distracts from prevalent and systemic issues threatening education and well-being of youth, namely the likelihood of unnecessary ticketing or arrest that youth of color face daily in schools patrolled by an SRO.

Groups like the Black Organizing Project, Dignity in Schools, Padres y Jóvenes and the Advancement Project have led the way in transforming these injustices. Their campaigns seek to: eliminate laws, statutes and policies that criminalize youth; reduce or eliminate funding for school police; and reinvest funds to other school staff and programs. These organizing efforts have helped districts in Minneapolis, Oakland, Charlottesville and more cut ties with police, reinvest money and develop alternative school safety plans.

These changes are also happening close to home for us along the Front Range. As School of Education alumni committed to challenging anti-Blackness and dismantling white supremacy, many of us signed on in support of Denver’s School Board resolution that helped Denver Public Schools terminate its police contract, and Boulder Valley School District is considering similar changes. As alumni united by our common values, we hope you will support school police divestment and reinvestment reforms in your local area, and know that our faculty and alumni are available to support your efforts.

Kathryn Wiley (MEdu’11; PhDEdu’17) is an instructor in the School of Education at CU Boulder and consultant for the Partnership for the Future of Learning.

Vincent Basile (PhDEdu’15) is assistant professor in the School of Education at Colorado State University and co-director of the Race and Intersectional Studies in Educational Equity Center.

Adam York (PhDEdu’15) is a research associate with the National Education Policy Center and project manager for the Educational Research Hub at CU Boulder.

According to the American Civil Liberties Union:

1.7 million students have police in their schools but no counselors

3 million students have police in their schools but no nurses

6 million students have police in their schools but no psychologists 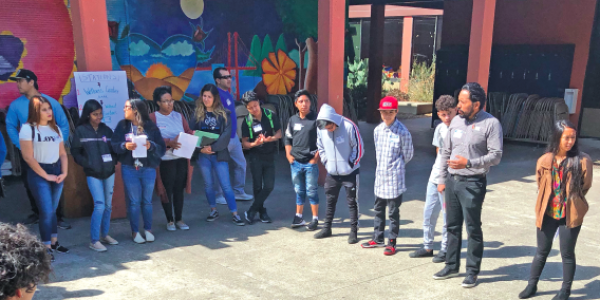 The call for community schools 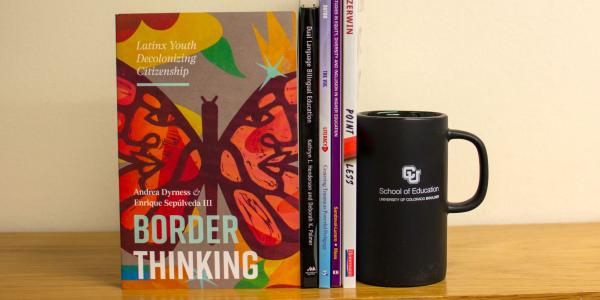 A glimpse into what colleagues are saying about our faculty’s recent publications and more. 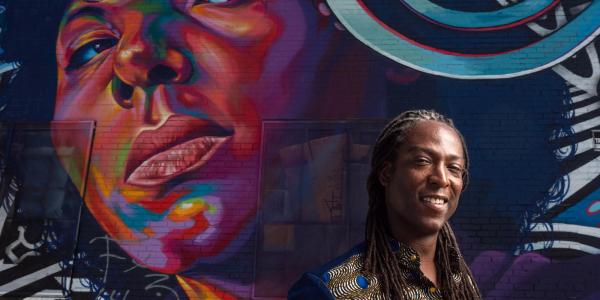 For Kalonji Nzinga, listening to youth share their experiences with hip-hop is music to his ears. When Tupac Shakur sings, “I wonder if heaven has a ghetto,” Nzinga wonders how the powerful prose helps young listeners learn about their cultural and moral identities.