All the World’s a Stage: Melding Passions with Social Innovation 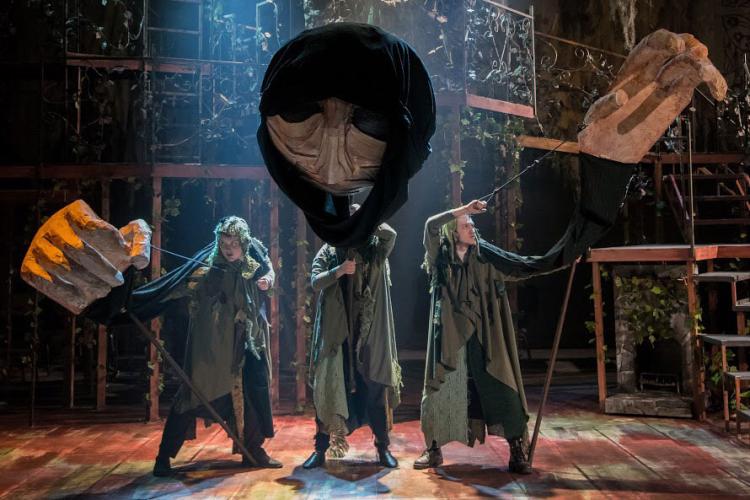 Matthew Parone in the musical Into the Woods performed by the CU Boulder Theatre and Dance Department.

The Coffee Nap. Sophomore Matthew Parone swears by it.

Parone’s strategy is to drink coffee, immediately take a twenty-minute power nap and then wake up ready to take on the day. Regardless of the science behind Parone’s invention, it energizes him enough to participate in a variety of activities on campus while majoring in Leadership and Community Engagement through the University of Colorado Boulder School of Education.

Outside of the classroom, Parone can be found discussing how to encourage respect of others in the Greek community with his Beta Theta Pi Brothers, participating in the Presidents Leadership Class program, starting up a podcast program through KVCU 1190, CU Boulder’s radio-station, recruiting new students as an education student ambassador, or even acting through CU’s theater program.

“If I’m not busy, what am I doing?” Parone said with a laugh.

As a recent transfer student, Parone was especially motivated to get involved on campus.

“Transferring is scary,” Parone said. “I had to start all over again. But I learned that you just have to talk to people… especially people on the bus. Get involved as much as you can. You meet the best people who have your same interests by getting involved.”

It’s everything I want. I’m passionate about leadership. I’ve always been involved as a leader. Why not make it my major?”

Before choosing CU Boulder, Parone attended a small liberal arts school, but quickly recognized his desire for a more diverse student population and a variety of opportunities that only larger universities can afford. As a Colorado native, Parone naturally migrated to CU Boulder. But, it was the Leadership and Community Engagement major that silenced any doubts regarding his transfer choice. 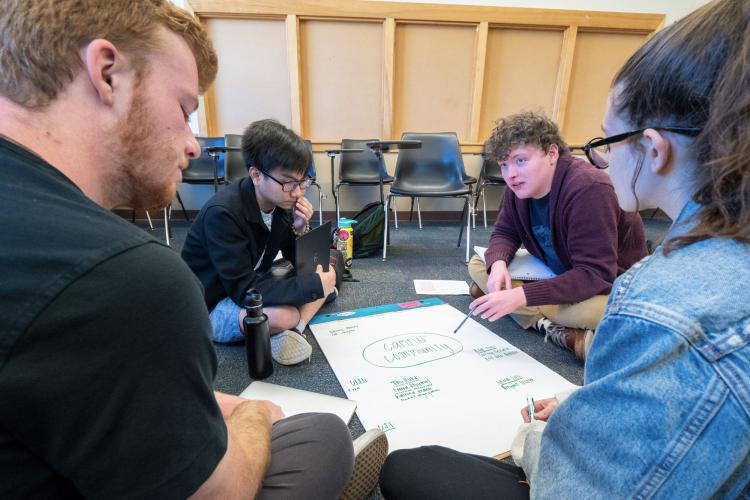 Matthew Parone and his classmates in a LEAD 1000 class.

“What I really wanted is a strong community,” Parone said. “When I heard about the Leadership and Community Engagement major, I was like: not only will I have a small community, but I will also get to build communities. It’s everything I want. I’m passionate about leadership. I’ve always been involved as a leader. Why not make it my major?”

The Leadership and Community Engagement major is part of a small number of novel degrees nationwide that focus on real-world experiences working with community leaders to identify and address societal challenges. 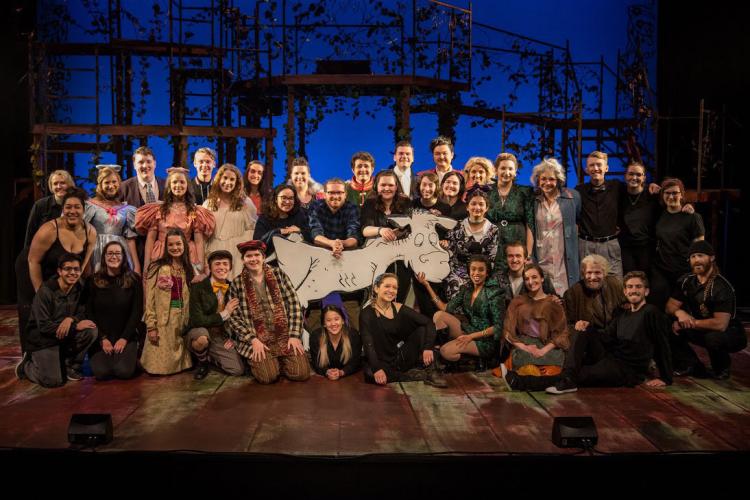 Matthew Parone with his cast-mates from the musical Into the Woods performed by the CU Boulder Theatre and Dance Department.

Parone loves that his major-related courses are action focused. From designing campus-issue projects to strategizing ways for CU Boulder to promote community spaces to brainstorming a legacy capstone project required for graduation, Parone is constantly working on impactful projects. The capstone is a field-based component of the LCE major that enables students to develop their understanding of leadership while melding their passions with social innovation. Parone hopes to launch a theater company that specializing in micro-theater as part of his capstone project. Micro-theater crosses many genres of theater -- comedies, drama, improv, musical -- but all shows develop a single theme.

“Micro-theater is really cool. They are only 15 people and an audience. The shows are small, short, and intermediate,” Parone said. His micro-theater capstone project is still in its preliminary stages.

“We would have to write our own productions, which is a lot of work. But, if you find the right group of people…” Parone said.

Thankfully, he “found a really good inclusive space at the School of Education,” he said. “Everyone knows you. I’ve found great mentors here and people who can help me along the way. Just today I was talking with a professor about micro-theater. He knows a theater person who is doing what I want to do, and Roudy [the professor] told me he would send me his information. This happens all the time!”

Parone loves collaborating with other passionate students and faculty, channeling everyone’s enthusiasm and learning how to lead responsibly.

“The School of Education has got me excited about what I want to do and where I can go.” Parone said. “If you want to do anything with bringing people together, I’ve found that is what education is all about.”