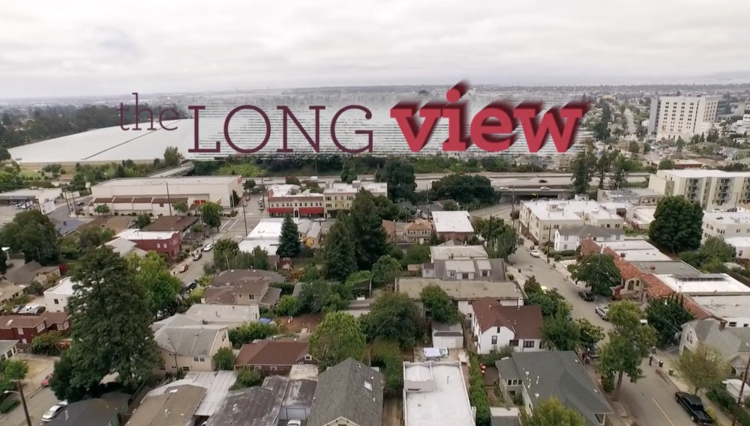 Join us Wednesday, Oct. 10 at 6:15 p.m. in Norlin Library’s Center for British and Irish Studies for an engaging conversation and screening of the documentary, The Long View, which shows how persistent community organizing can connect students and parents with educators to catalyze sustainable school improvement in Oakland, Calif.

Hosted by the University Libraries, the School of Education, and the National Education Policy Center, the screening is being held in conjunction with Open House for the Children's and Young Adult Collection at Norlin Library from 4-6 p.m.

The Long View is a story of two public high schools in the same East Oakland neighborhood. One is a high-functioning school where educators, parents, community members, and administrators came together with a vision and have worked to sustain it; and another, where these conditions are not present. The film sets this story within the context of race and class, where residents in the more affluent—and predominantly white—Oakland hills have been able to control the circumstances of their children’s education to a far greater degree than those without political and social power. Both communities care deeply about education. The differences are in circumstances and resources—not in desire. The Long View, however, is a story of hope. No one gives up in this film, and through this persistence viewers see a pathway towards positive change. Registeration for the screening is not required, but it is apprecaited. RSVP for the screening here.

Following the screening, viewers are invited to a discussion with filmmaker Susan Zeig and organizer Robert Paige, who is profiled in the documentary. Zeig is a social justice documentary filmmaker, professor of film and chair of the Department of Communications and Film at Long Island University. We asked her a few questions to help set the stage for the screening and discussion on Oct. 10.

Q. As a filmmaker, why are you drawn to your focus on community organizing, education, and social issues? 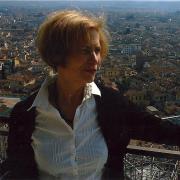 "For the last decade I have been telling stories about the powerful impact community organizing has on improving public education. There is a lot of media attention paid to what is not working in pubic education, but not enough to looking at what conditions create high-functioning public schools, or the systemic factors that contribute to struggling schools."

Q. What was it about Oakland that intrigued you, and why do you think the work in Oakland resonates with communities across the country?

"In 2010 I completed a film called A Community Concern, which has three stories that take place in the Bronx, NY, Boston, MA, and Oakland, CA about community organizing as one of the most effective ways that people without wealth can exercise power to improve their public schools. The Oakland story was special because it was about a successful District-wide change in the schools spearheaded by community organizing. They had been able to make the district the most improved urban school district in California from 2000-2007. Nevertheless, the success was concentrated in the lower grades, with the majority of high schools still failing far too many students. I was close to people inside the District as well as in organizing, and we all wanted to show their continued work towards improving the high schools. The Long View is the film that came out of this initial impetus. I feel we have been able to show the lasting importance and perseverance of community members and educators, but also the real challenges that exist. People viewing this film in places as different as Philadelphia, New York, Providence, and Detroit say that the stories in The Long View resonate with them. Issues such as the importance of community participation, the inequitable funding issues between wealthier and poorer communities, the need for greater respect and value to be given to the teaching profession, and the impact of the frequent turnover among school administrators are just some of the common threads uniting viewers around the country."

Q. You will be joined by Robert Paige, one of the young community leaders from the film, at the discussion on Oct. 10. What do you look forward to most about reconnecting with Robert? 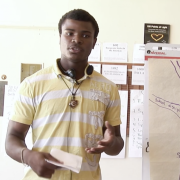 "Robert Paige, the young organizer in the film who will be at the Boulder screening, and I have not only been in close contact throughout the making of the film, but we remain in regular contact to this day. I always try to maintain relationships with the people who allow me to share their stories with many different audiences, but Robert’s story took an unexpected turn in the film, and this led to us having a deeper relationship. I am excited you will all have the opportunity to meet him."

Q. What takeaways do you hope education audiences and concerned citizens will take away from the film?

"I hope there are many. At the root of it for me is that education is one of the most common unifiers of parents and guardians all over the world. In the U.S. however, unlike many countries such as England, France, Denmark, Canada and Australia, the right to a free public education is not constitutionally guaranteed. I believe that the deep inequalities that plague our education systems across the country stem from this. Good schools can be found in every type of neighborhood. The Long View shows two public high schools in the same East Oakland neighborhood that are producing very different outcomes.

"With community and educators truly collaborating, with funding inequities addressed, with respect given to the teaching profession, and value given to community members, our country would be a lot closer to the public education system we deserve."

RSVP for the Screening