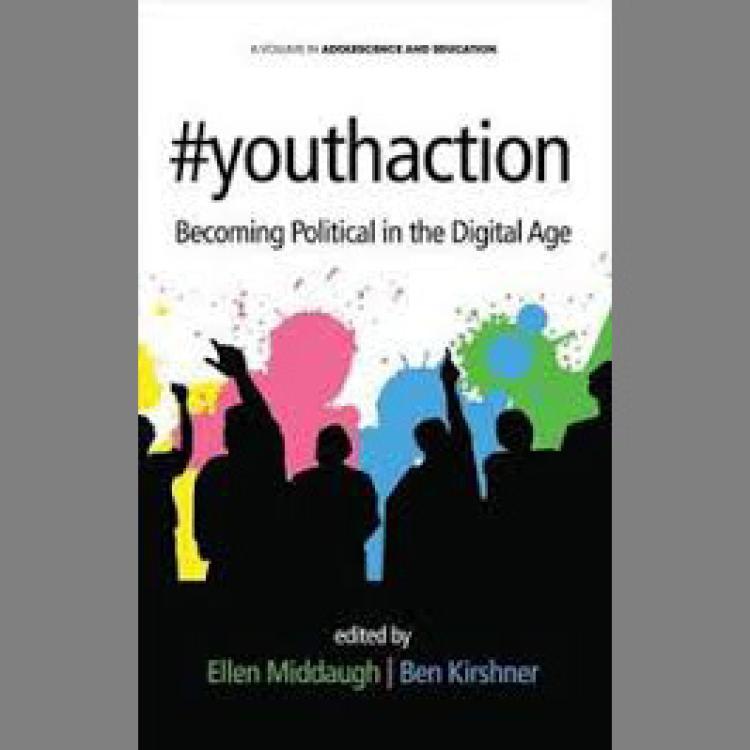 Professor Ben Kirshner (CU-Boulder) and Ellen Middaugh (Mills College) have edited a newly released book, #youthaction: Becoming Political in the Digital Age. Read more about the book below or visiit Information Age Publishing for more information and to purchase a copy.

A volume in the series: Adolescence and Education. Editor: Ben Kirshner, University of Colorado School of Education.

Social media and digital tools permeate the everyday lives of young people. In the early stages of commentary about the impact of the digital age on civic life, debates revolved around whether the Internet enhanced or discouraged civic and political action. Since then we have seen new media move to center stage in politics and activism--from the 2008 US election to the 2011 Arab Spring to the Occupy movement. We have also seen new patterns in how different sub-groups make use of digital media. These developments have pushed people to move beyond questions about whether new media are good or bad for civic life, to ask instead: how, under what conditions, and for whom, do new digital tools become resources for political critique and action by the young?

This book will provide a platform for a new wave of scholarship about young people’s political participation in the digital age. We define “youth” or “young people” as roughly between the ages of 12 and 25. We include perspectives from political science, education, cultural studies, learning sciences, and youth development. We draw on the framework developed by the MacArthur Research Network on Youth and Participatory Politics (Cohen, Kahne, Bowyer, Middaugh, & Rogowski, 2012), which defines participatory politics as, “interactive, peer-based acts through which individuals and groups seek to exert both voice and influence on issues of public concern.”