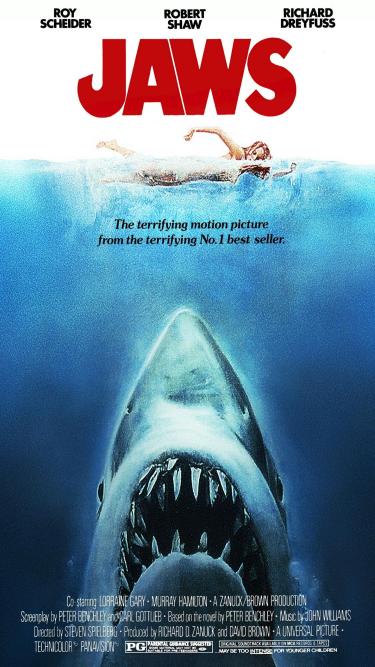 After a successful interactive virtual event in 2021, Ebert Interruptus returns as an in-person event to Macky Auditorium for the 2022 Conference on World Affairs.

A beloved tradition of the conference, Ebert Interruptus is a four-part event showcasing a film along with in-depth analysis with the host. Film critic and author Josh Larsen returns to host the 2022 event showcasing this year's feature: Jaws, the 1975 American thriller directed by Steven Spielberg, based on the 1974 novel by Peter Benchley.

We’re excited that Interruptus is returning in person this year. What are you looking forward to the most about this year’s event?

First and foremost, I'm excited to be back at CWA in person, watching our movie on the big screen at Macky with a live, interactive audience. With the help of Jamie Krutz, CWA Program Committee Film Chair, and Cooper Braun-Enos, CWA virtual support specialist, we were able to pull off a successful virtual version of Ebert Interruptus last year. And while it was good to be able to continue the tradition, there's nothing like being on campus, as part of the larger conference, doing Interruptus in person.

I was a bit shocked to realize that Spielberg had never been covered at Interruptus, and delighted that it gave us the excuse to choose one of his films. He's not only one of my favorite filmmakers, but also the sort of meticulous, inspired director whose work is perfect for "interrupting," frame by frame, in order to analyze the creative choices that were made. Jaws is not only one of his best films, but also one of his most thrilling, with a rich political subtext.

Jaws is a blockbuster. What is Jaws’ impact on the film industry as a whole?

Along with George Lucas' Star Wars, Spielberg's Jaws is often cited (blamed) as one of the blockbusters that steered studios away from the personal, idiosyncratic films of the 1970s and helped to usher in the cinema of the 1980s, with a focus on corporate, mass-audience spectacles and their sequels. There's truth to that, but it doesn't take away from the fact that Jaws is a masterpiece in its own right - just one that was a massive hit with audiences as well.

Interruptus events begin at 3 p.m. daily April 6-9, 2022 in Macky Auditorium on the CU Boulder campus. The first event is a full screening of the film, followed by three in-depth analysis sessions with the host.