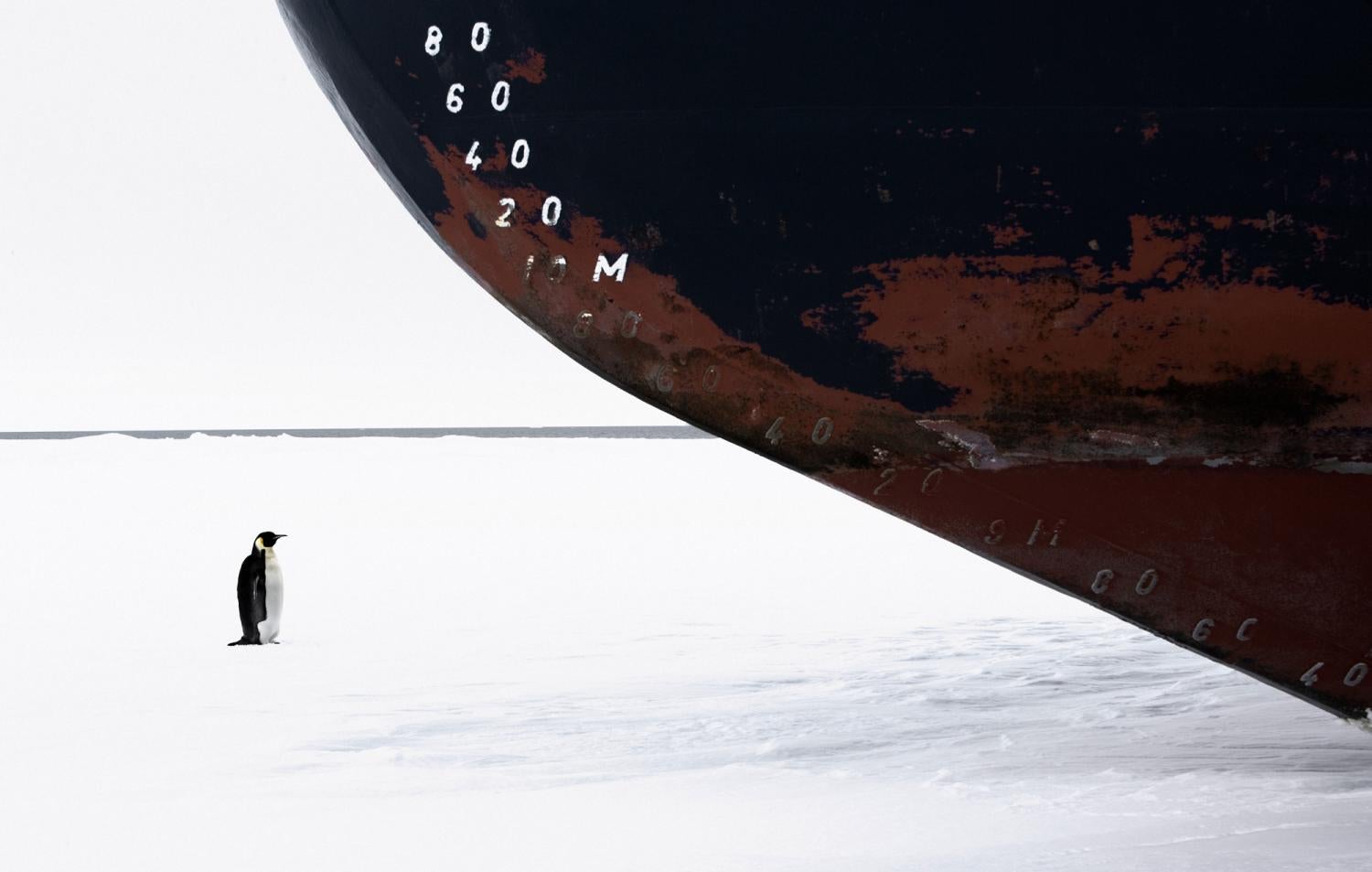 Making a Stand, Calling for a Marine Protected Area (MPA) in the Ross Sea

To advocate for protection of the Ross Sea, artist John Weller, working closely with a team of dedicated researchers, scientists, filmmakers, policymakers, environmental organizations, and caring citizens from around the globe, appealed to the Commission for the Conservation of Antarctic Marine Living Resources (CCAMLR)—an international organization charged with managing fisheries in the Southern Ocean. Per international agreement, all decisions must be unanimous. So, they would have to convince 24 countries and the European Union. A 12-year-long operation lay ahead. 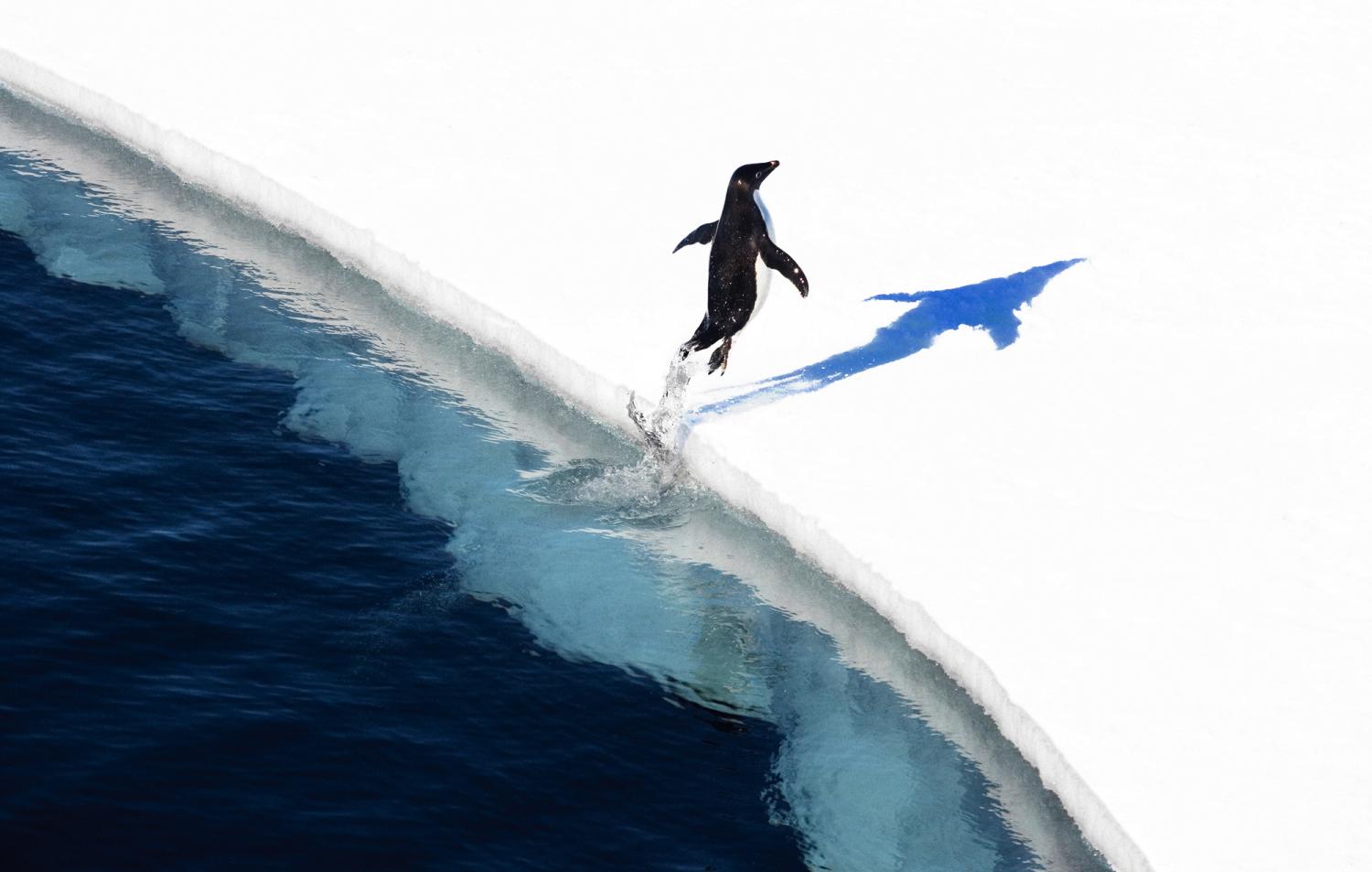 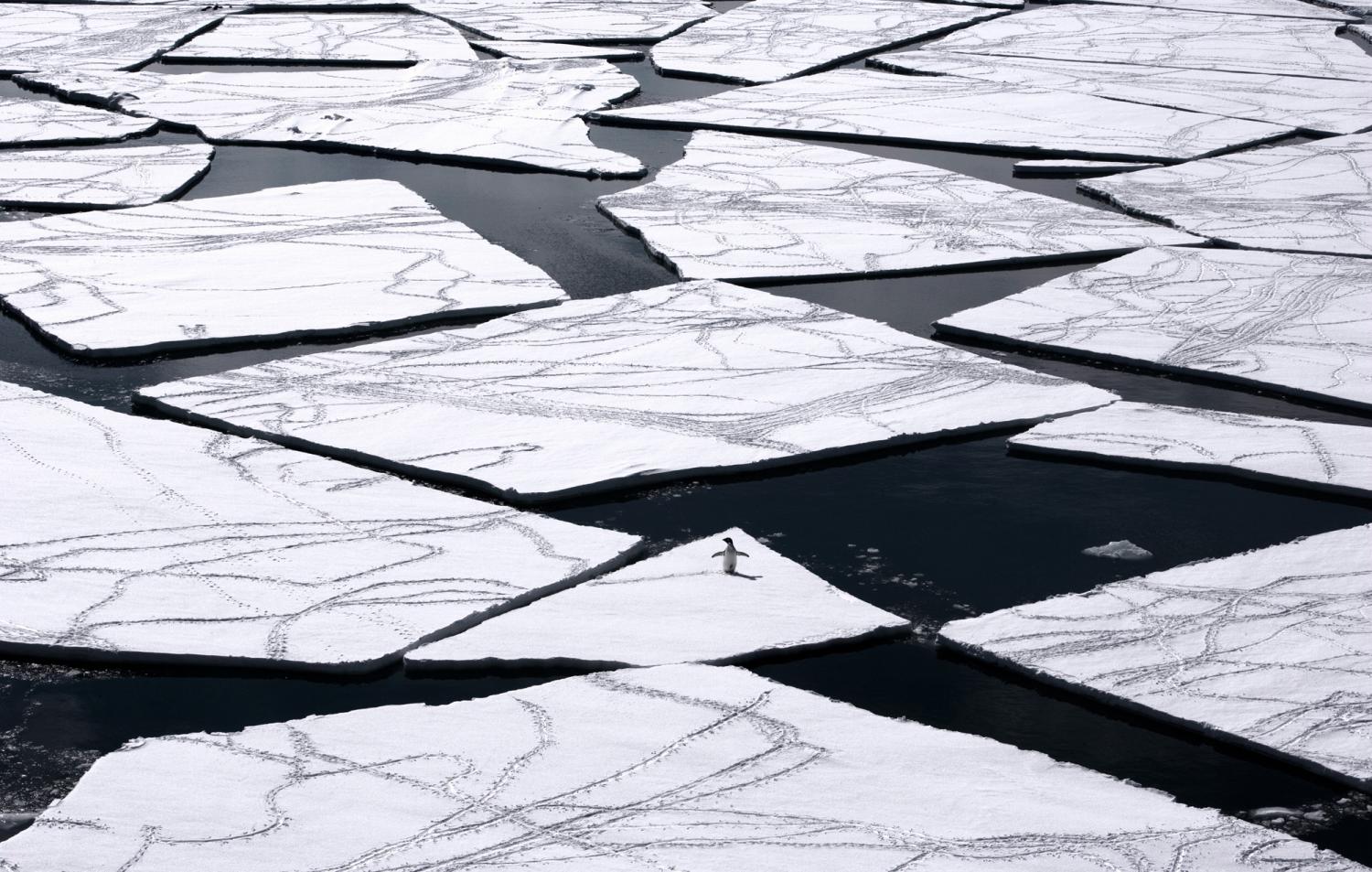 Dramatic changes in sea ice around the Antarctic Peninsula have resulted in 65% declines in Adélie and emperor penguin populations in the last 25 years. Scientists believe that the Ross Sea will be the last stronghold for these penguins as other regions of Antarctica continue to warm. 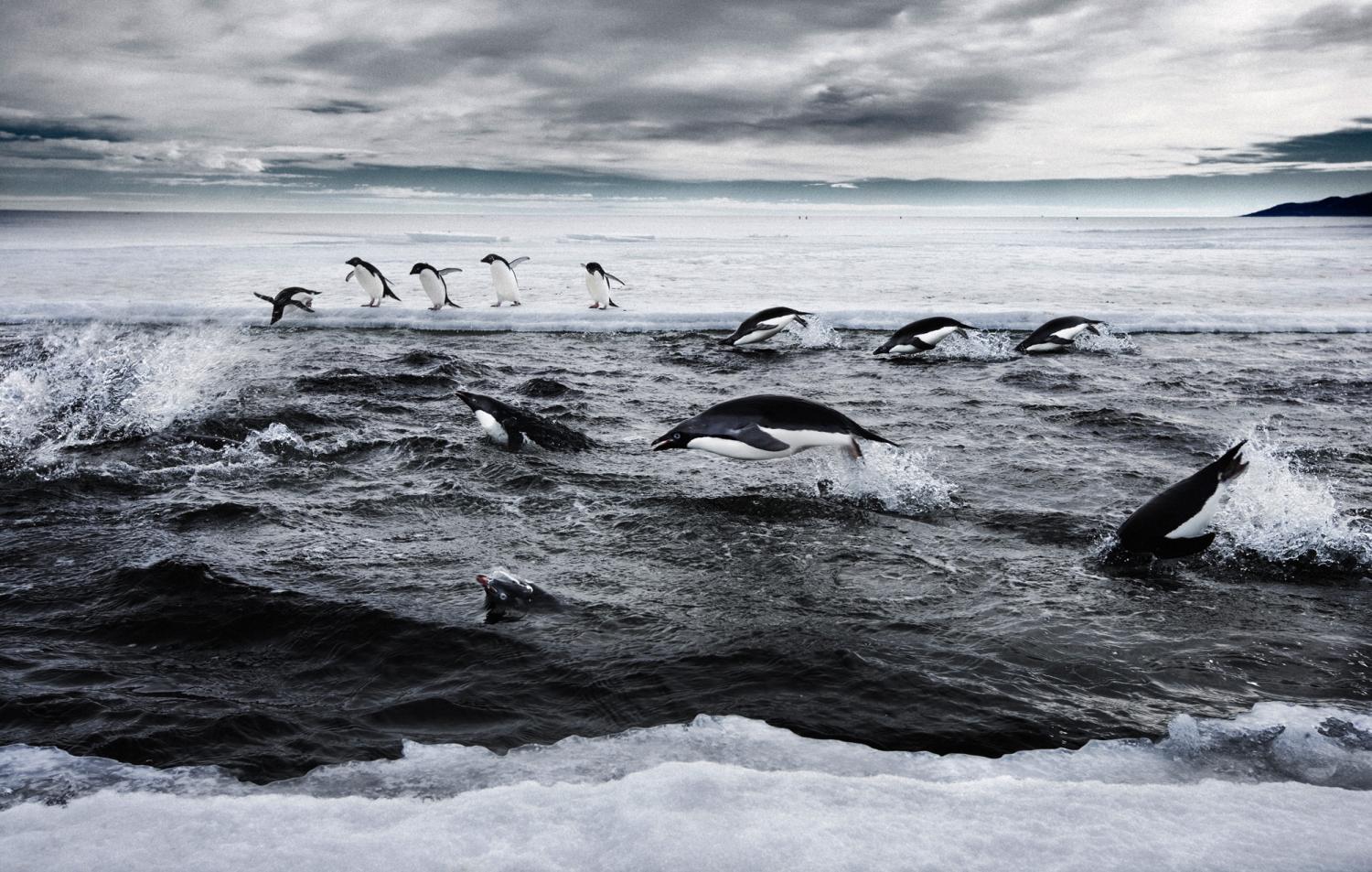 Both Adélie penguins and emperor penguins are able to colonize deep Antarctica because they can go without food for long periods of time. An emperor penguin can fast for 4 months. Adélies can wait for up to two weeks as their mates walk to open water, hunt, and return to the colony. 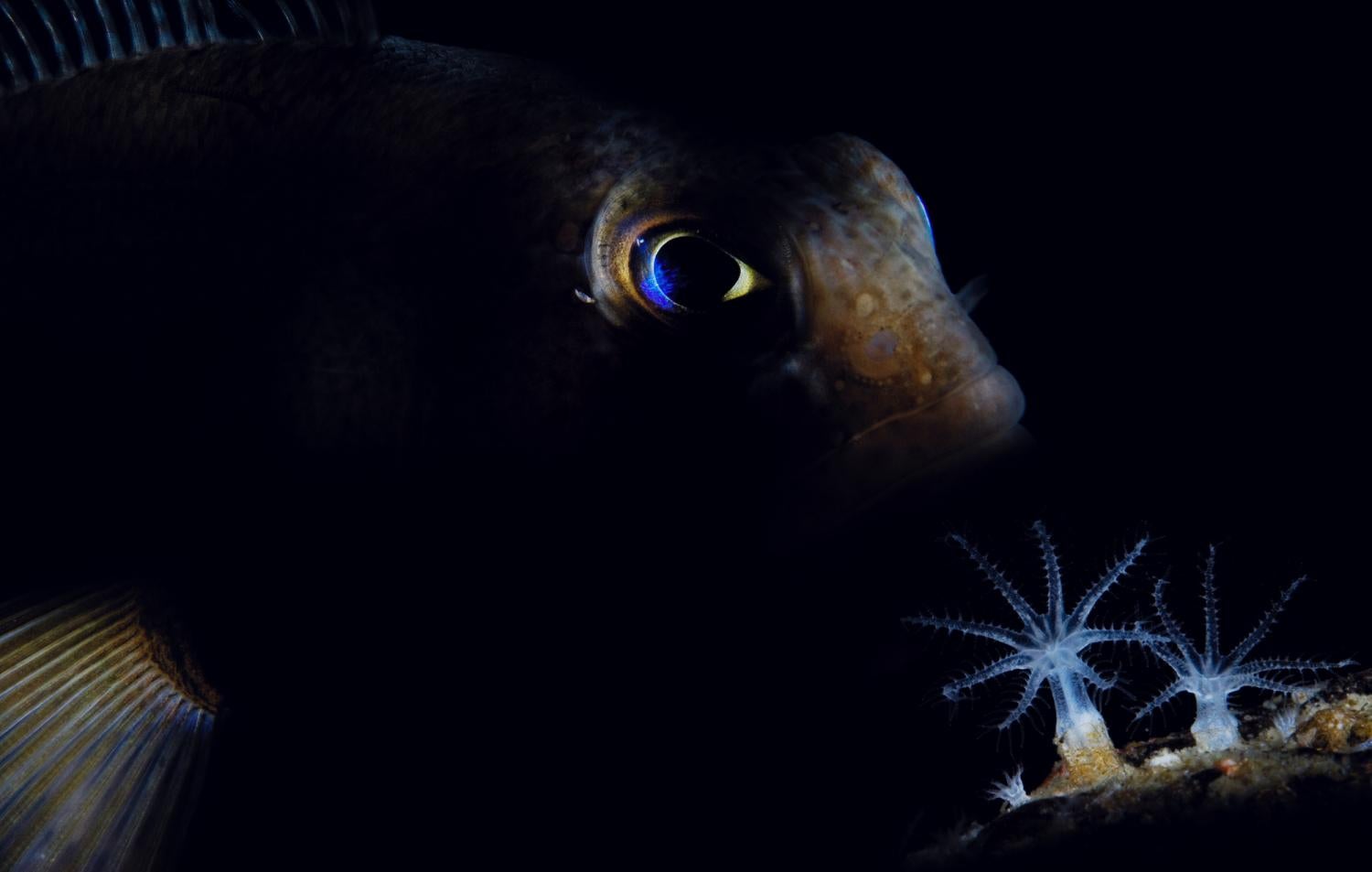 A suborder of fishes, Notothenioids, produce “glycoprotein”, an oily antifreeze that prevents ice from forming inside their bodies. This ancient adaptation makes the meat of the Antarctic Toothfish – the most famous notothenioid – sweet and tender, luring poachers and commercial fishing to the most remote fishery on Earth. 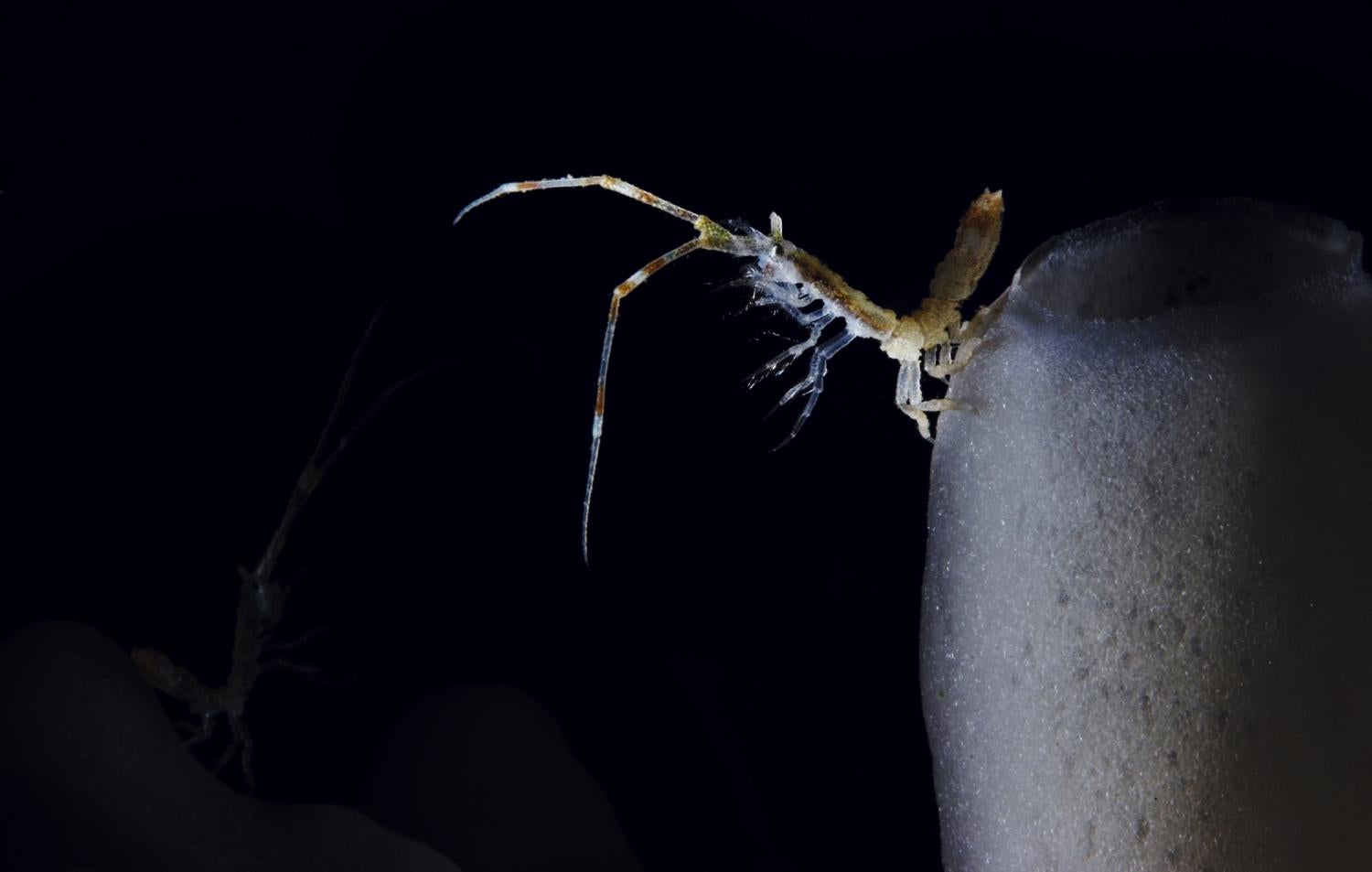 Antarcturus on a Glass Sponge Hunts for Zooplankton

Anchor ice shapes the entire community down to a depth of 30 meters. Sedentary animals—anenomes, sponges, and hydras—live on the deep reef and have adapted to living in complete darkess, with almost no food, during the winter months. 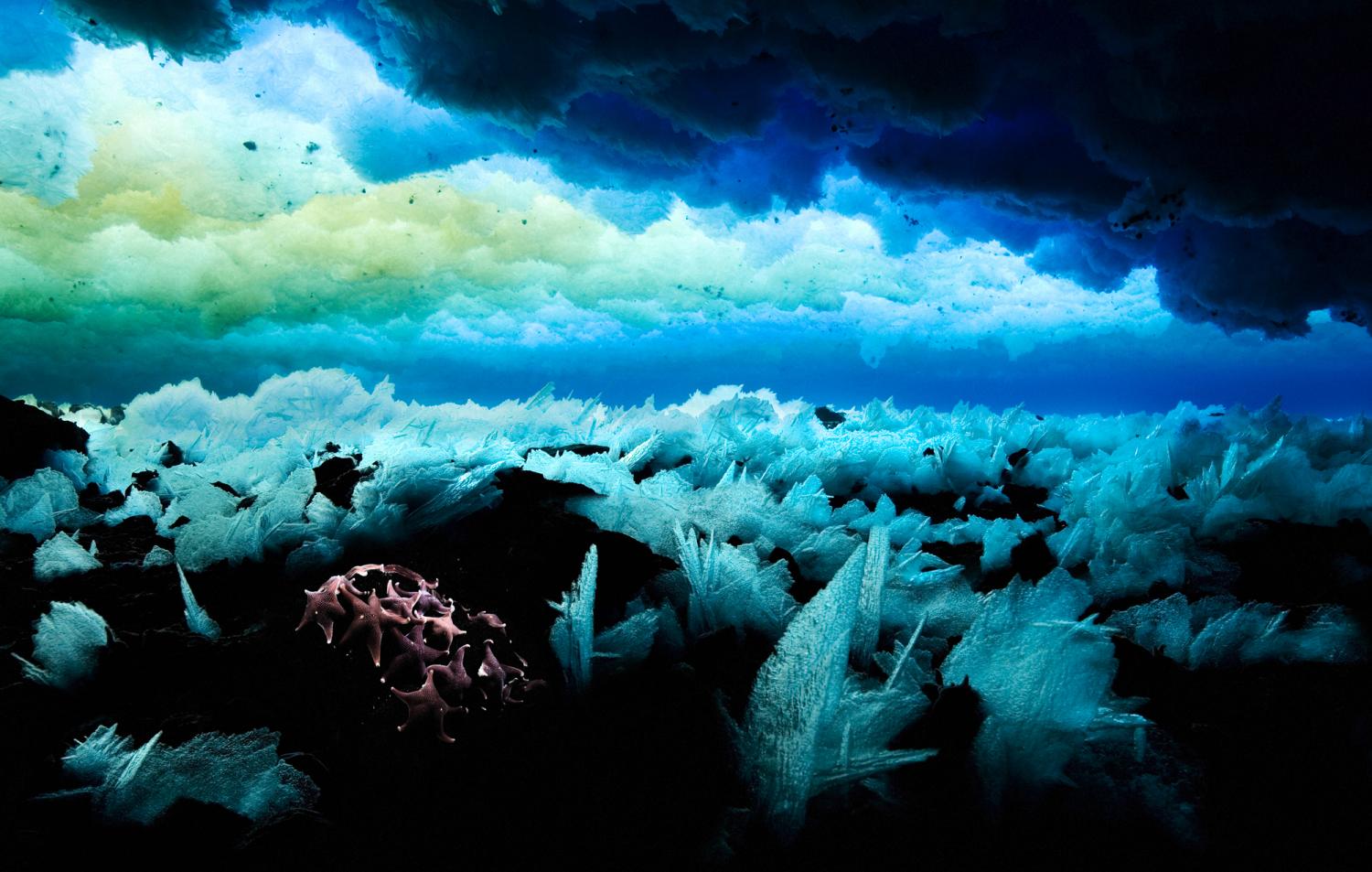 Sea Stars and Anchor Ice on the Seafloor

Complex clumps of interlocking ice plates provide hiding places for all manner of benthic creatures—the animals that live on the sea floor—and even fish. But the anchor ice is more buoyant than water, and it easily cracks off and floats up to the underside of the sea ice, sometimes carrying rocks or even a helpless urchin or anenome along with it to be entombed in the thick sea ice above. 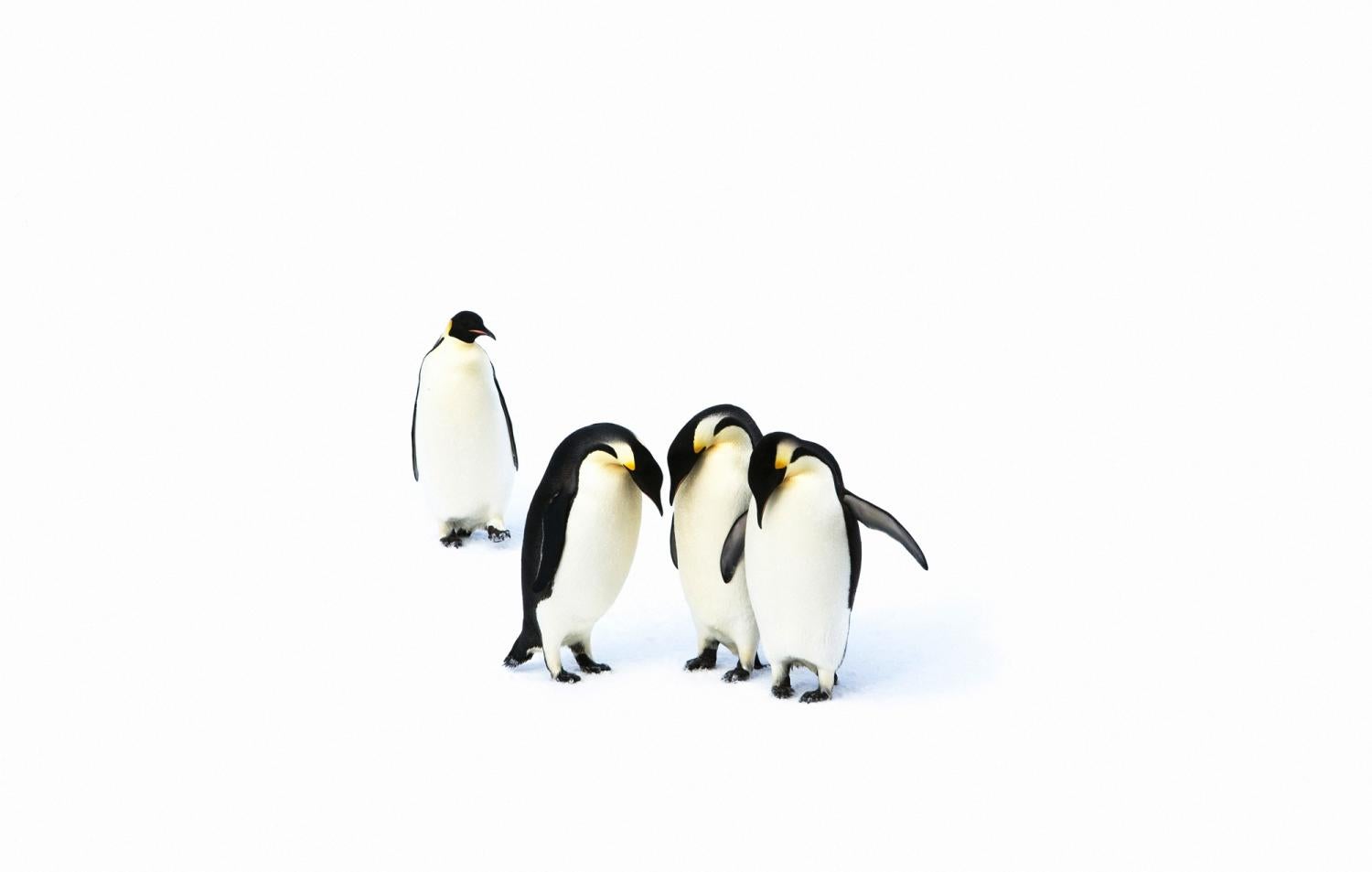 Adapted to Life on Ice

Emperor penguins breed during Antarctic winter. They do not build nests. Once a female lays an egg, the male partner will hold a single egg on his feet as they crowd together to keep warm in high winds and air temperatures of -56 degrees C (-70 degrees F) on the sea ice. At sea, emperor penguins can dive 560 meters and stay under water for over 20 minutes. 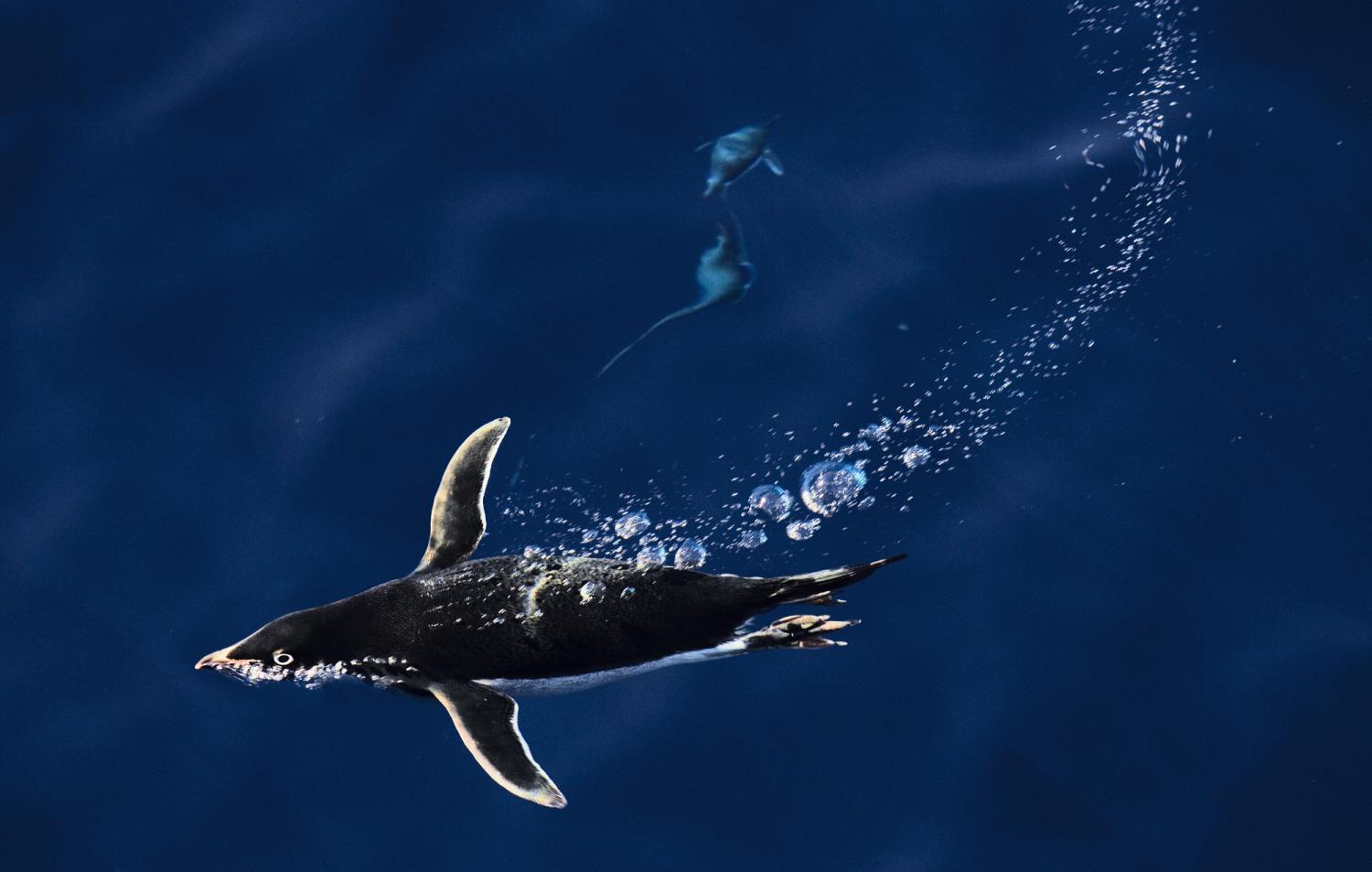 The Ross Sea comprises only 3.2% of the Southern Ocean, but its rich waters are home to a hugely disproportionate number of animals—38% of all Adélie penguins, 26% of all emperor penguins, 30% of all Antarctic petrels, and 45% of the Weddell seals in the Pacific sector of the Antarctic. It is also home to the largest known population of Antarctic toothfish. 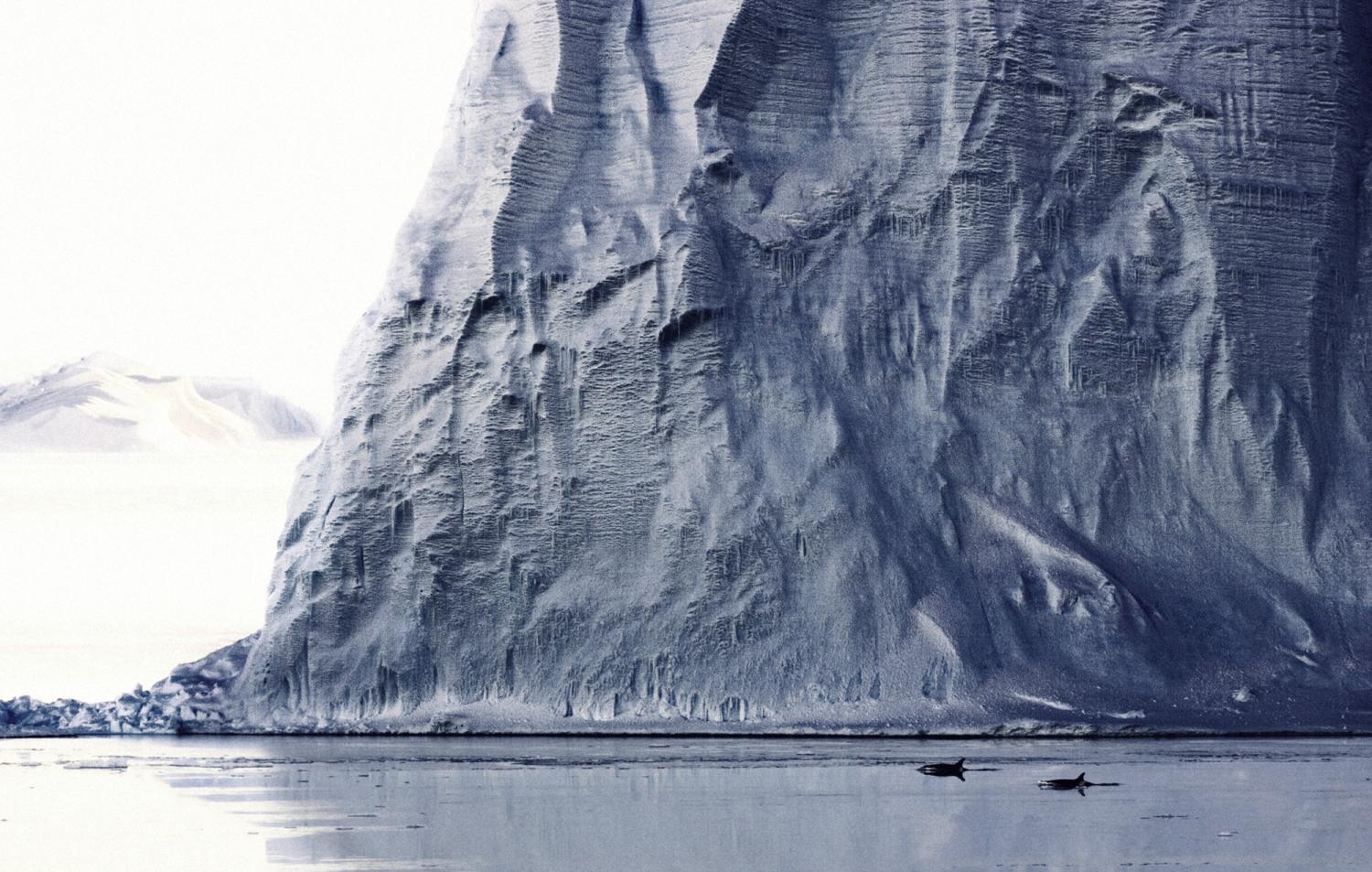 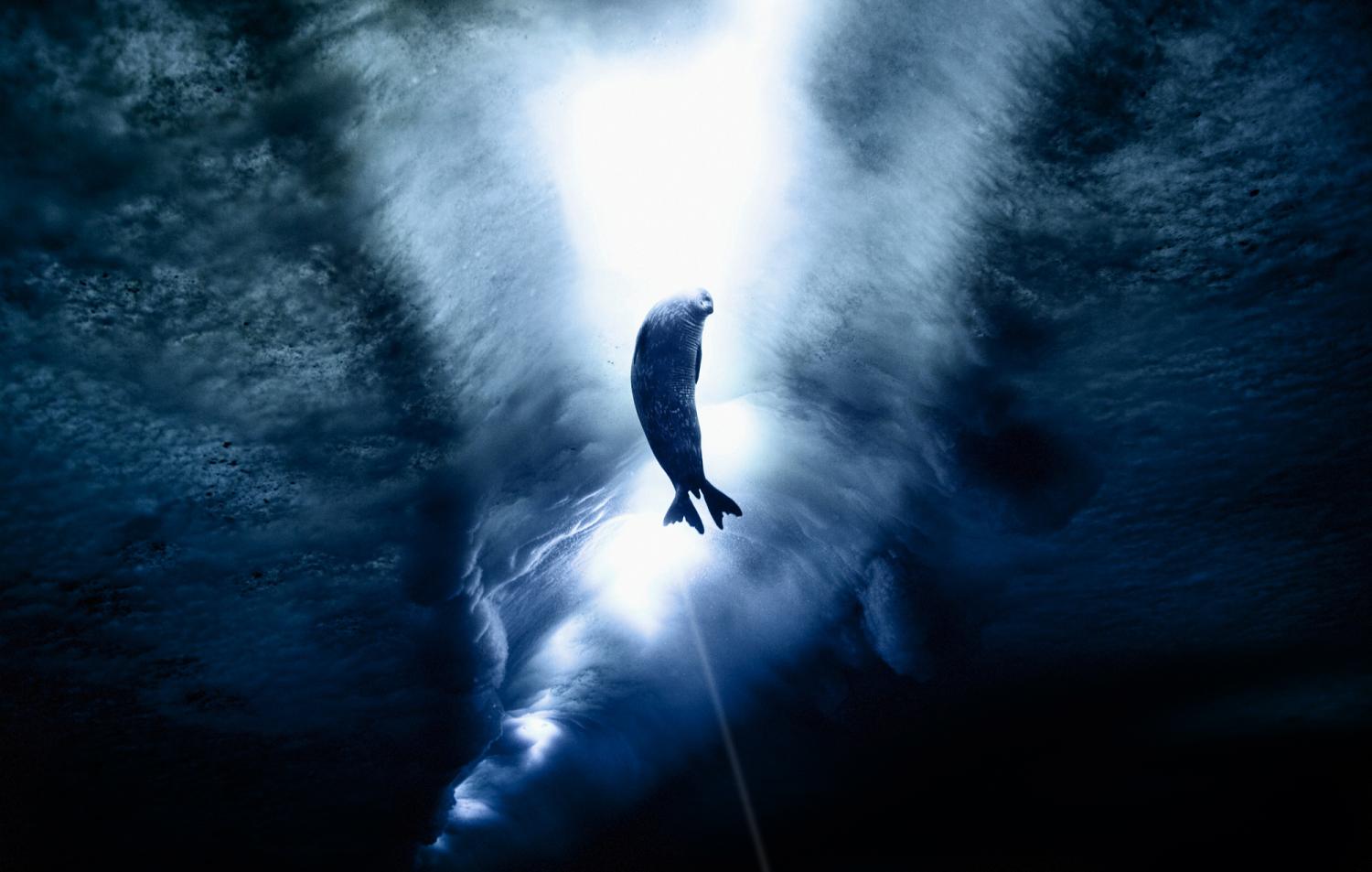 Weddell seals can dive 800 meters deep, and stay submerged for an hour and a half. On the coldest days of winter, the water can be almost 100 degrees warmer than the air. Seals spend all of their time under the ice, surfacing only to breathe. When cracks freeze over, the seals maintain their portals by raking their teeth across
the edges to keep the holes from freezing shut. 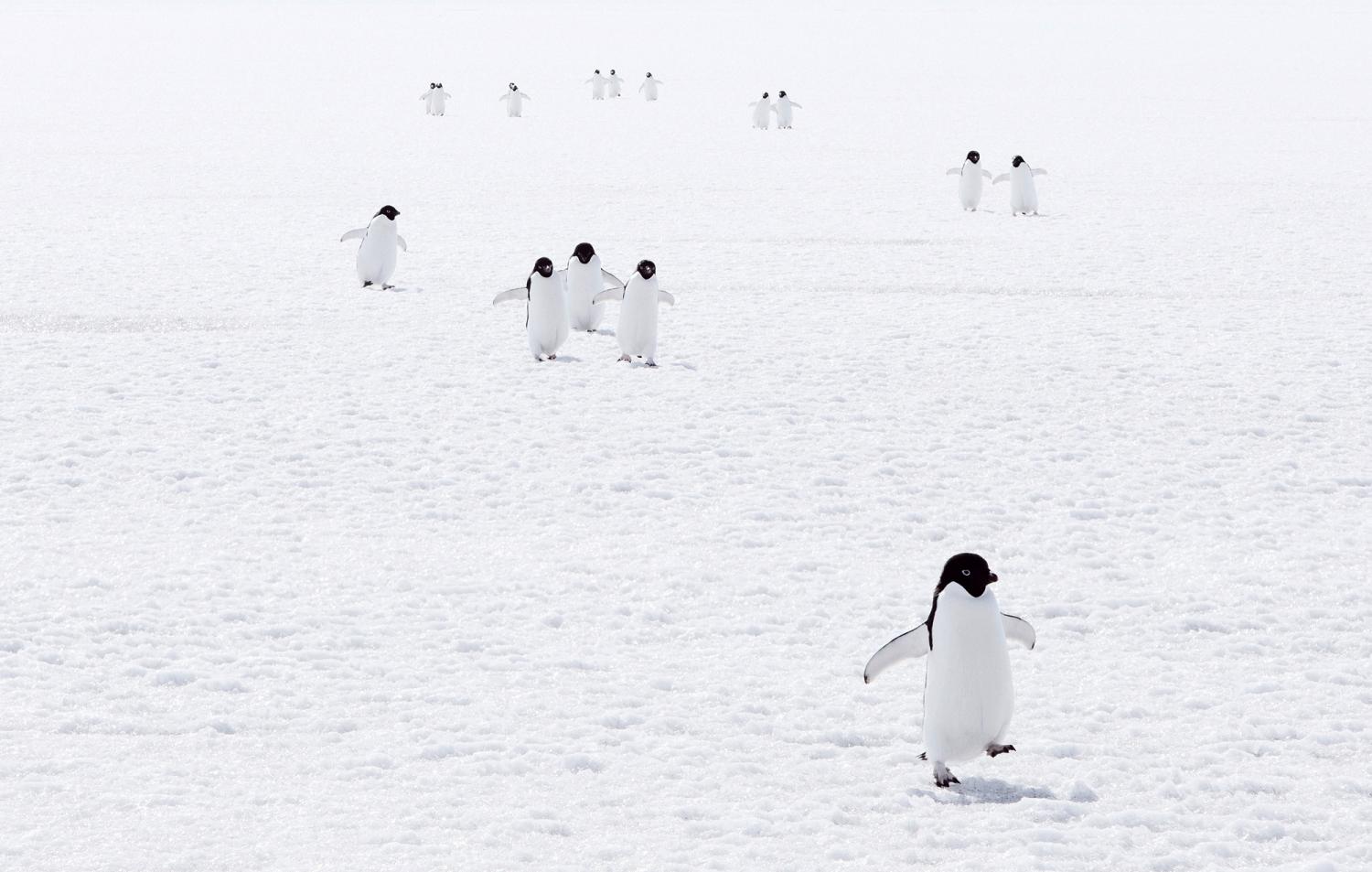 Adélie Penguin Returning from the Hunt to Cape Royds

In 2009, due to the Ross Sea’s climate change-related increase in sea ice, the Adélies’ journey took much longer. Starving penguins waiting on their nests had to abandon their chicks to save themselves. 85% of nests failed over the course of that season. 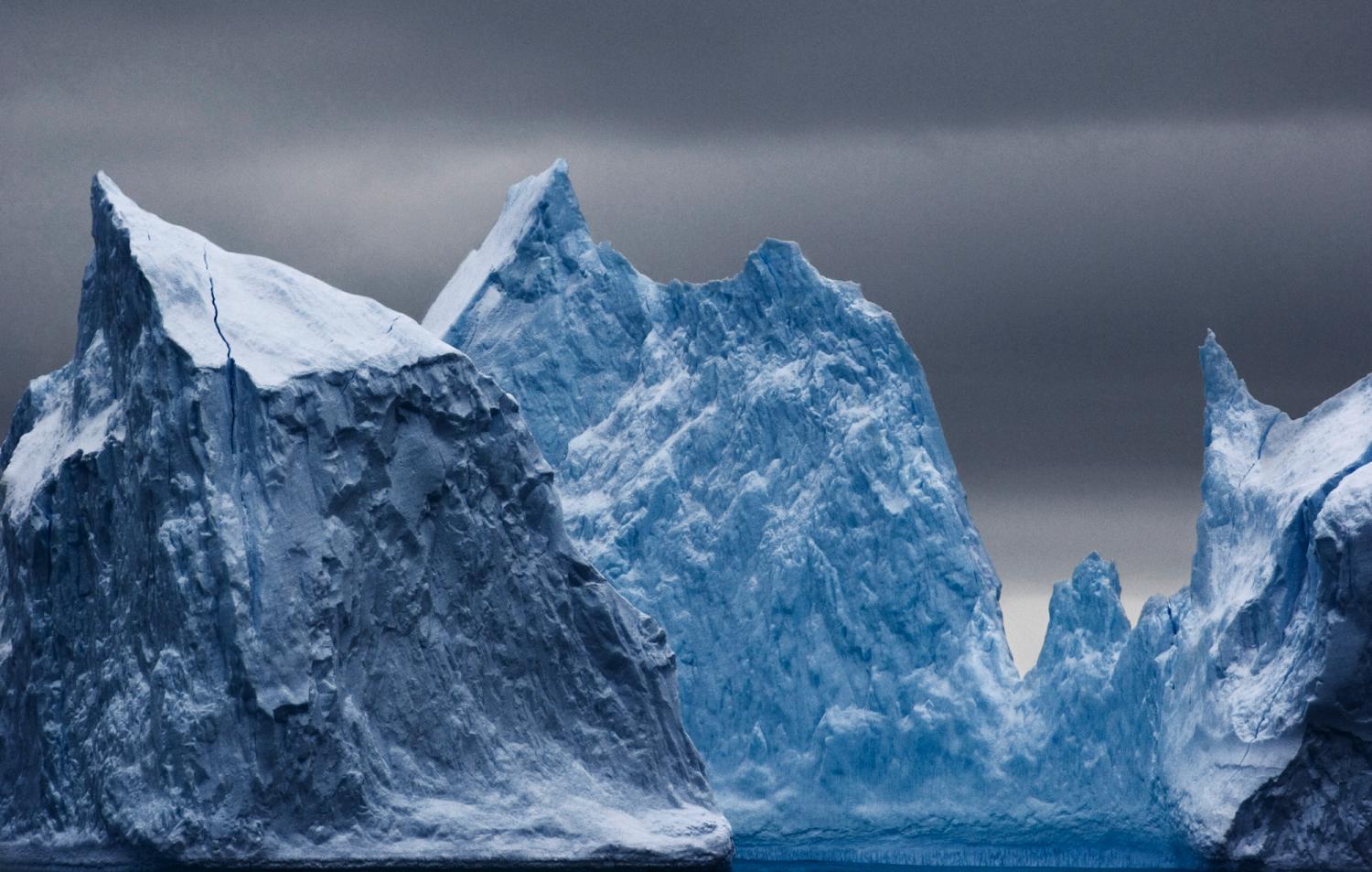 The Ross Ice Shelf—a floating glacier that is 300 meters thick and the size of France—is a sea ice factory. The 321 kmph katabatic (downslope) winds that fly off the ice shelf fuel the factory, pumping out nearly 200,000 square kilometers of two-meter-thick sea ice into the Ross Sea every year. In a climate change related phenomenon, these winds are increasing in speed and frequency. Thus, the Ross Sea is producing more sea ice than ever before, at least for the time being. 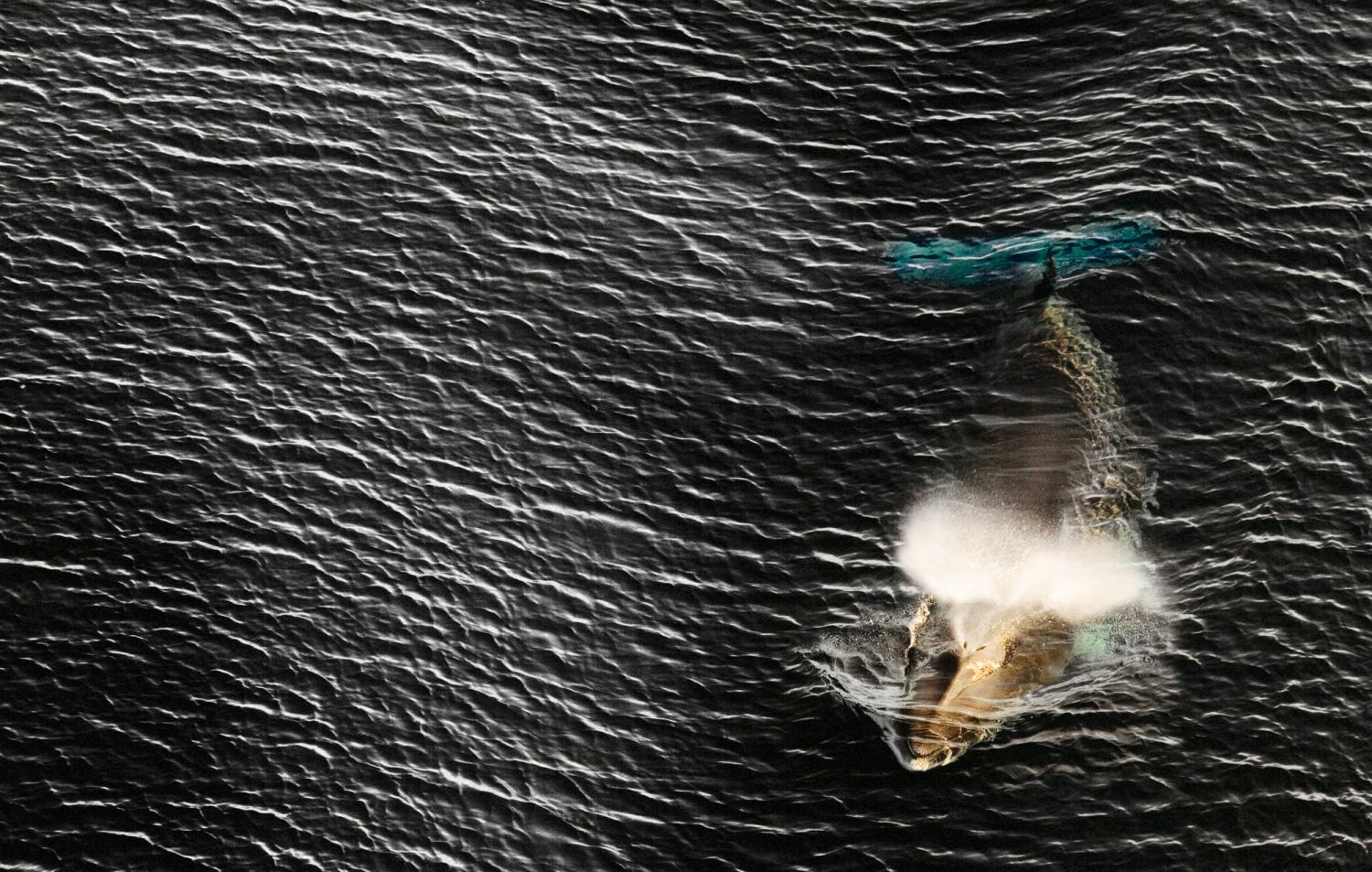 Surrounded on all sides by hundreds of kilometers of floating ice, pockets of open water teem with life. Krill, a tiny shrimp-like crustacean, are the most prolific species on Earth. Whales, penguins and seals are all drawn to this remote place to hunt the bounty. 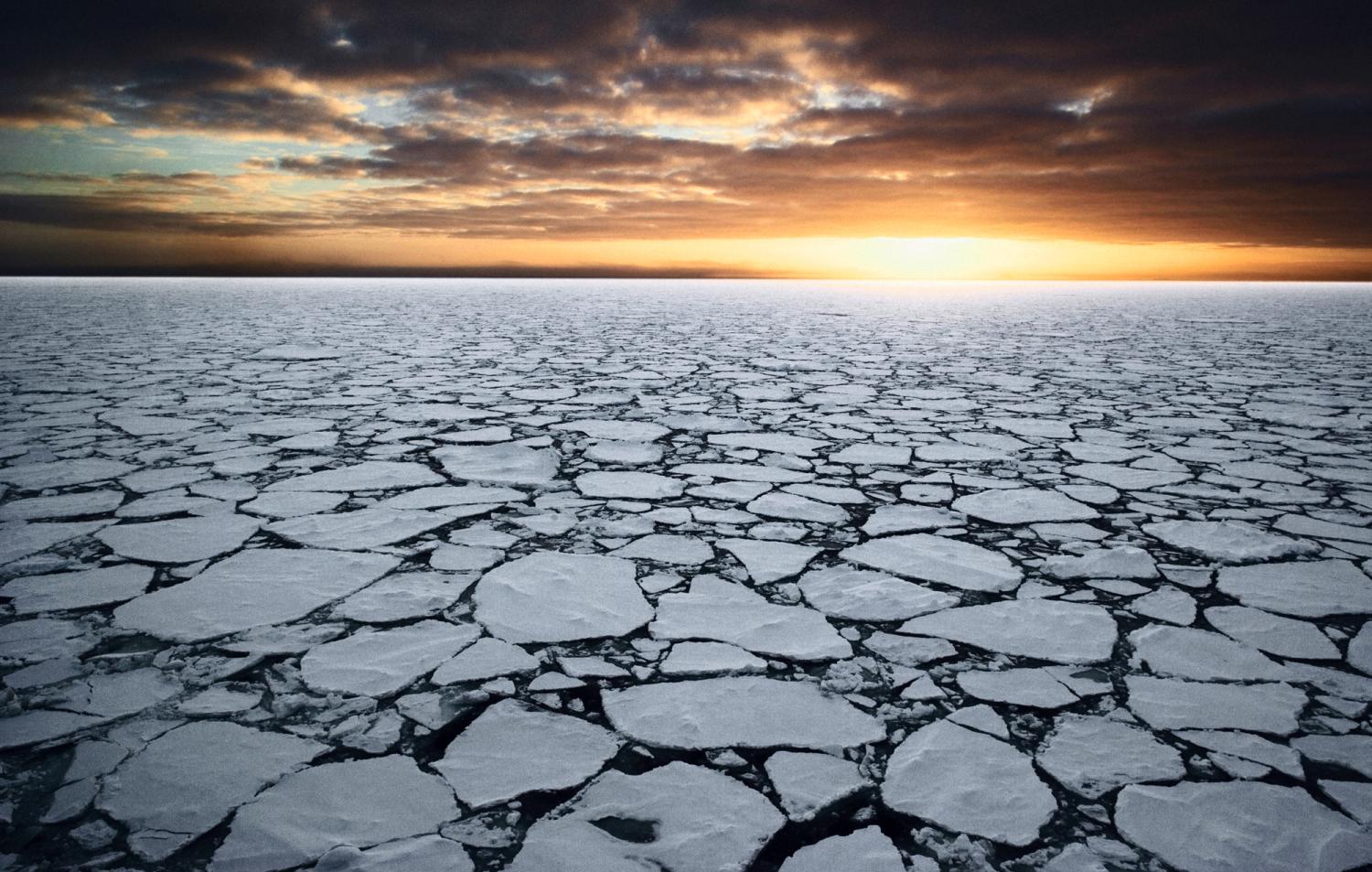 Antarctica, the coldest, windiest place on Earth, is surrounded by pack ice which supports the world’s most productive marine ecosystem. Aside from climate change, the greatest threat to the Ross Sea is a deep-water fishery for the Antarctic toothfish. The largest predatory fish in the Southern Ocean, often deceptively sold as Chilean
sea bass, plays a critical role in the ecosystem. 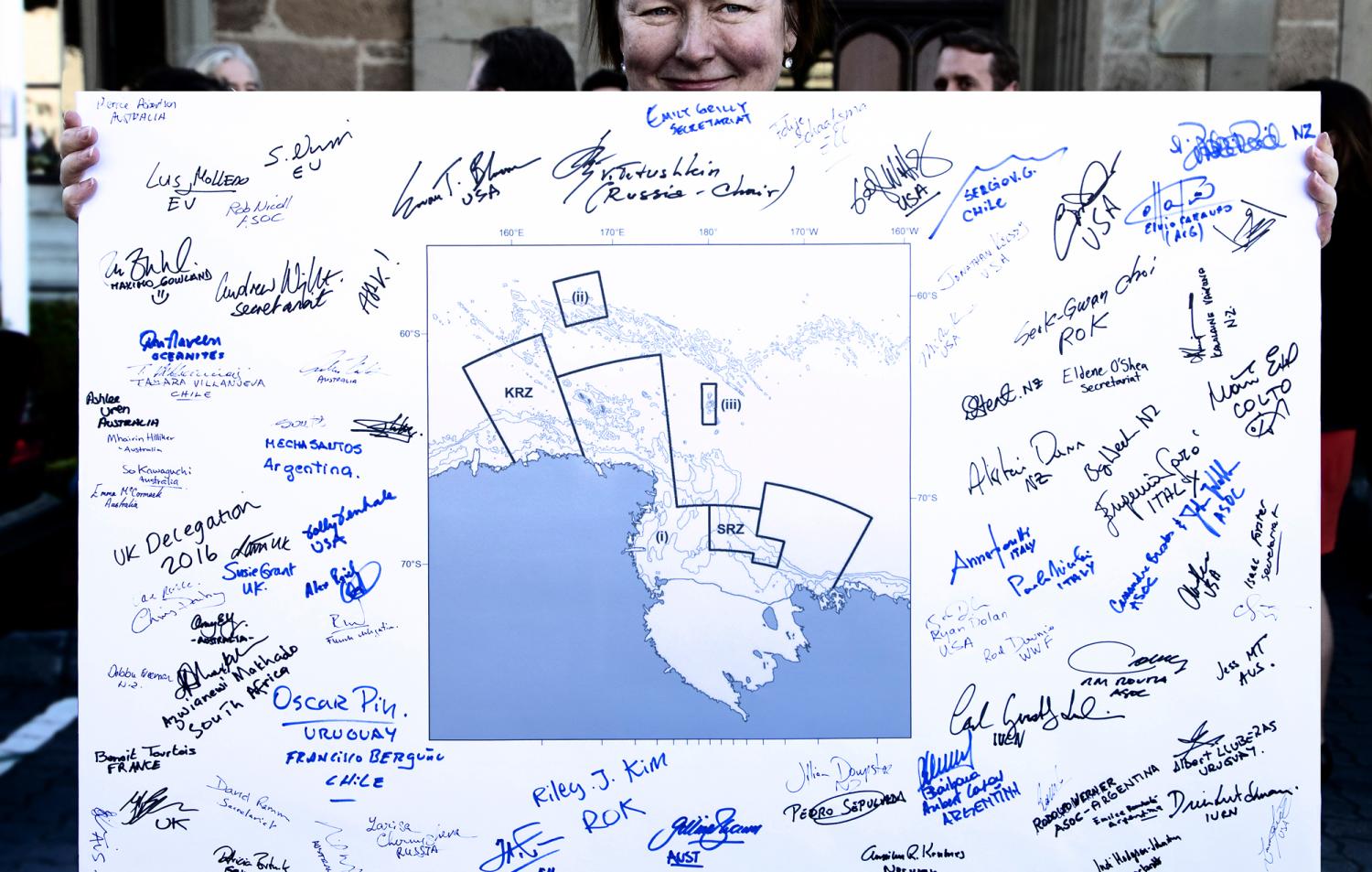 Jillian Dempster, Head of the New Zealand CCAMLR Delegation, holds a signed map of the Ross Sea MPA, moments after it was adopted on October 28, 2016 after a 12-year endeavor. Despite ecological concessions to the fishery and a 35-year duration clause, it is the world’s largest MPA. This was massive win for Antarctica, a massive win for our oceans, and a de facto international peace treaty. With our global ocean under increasing threats from over-exploitation, climate change, and pollution, we must challenge ourselves to replicate this success on an even greater scale.

The Ross Sea Antarctica is the last ocean frontier not yet irreversibly harmed by human activity. Pollution, invasive species, and overfishing rendered the region under siege. For over 12 years, Boulder artist John Weller, a team of scientists, policy makers, and ordinary citizens from around the world worked tirelessly to designate the Ross Sea a protected status in an effort to save species and preserve a significant site of climate research. In 2016 their endurance paid off, and the region is now the world’s largest official Marine Protected Area (MPA)! View the slideshow to learn more about the Ross Sea, its biologically diverse ecosystem, and what is possible when we rally together on behalf of our extraordinary planet. 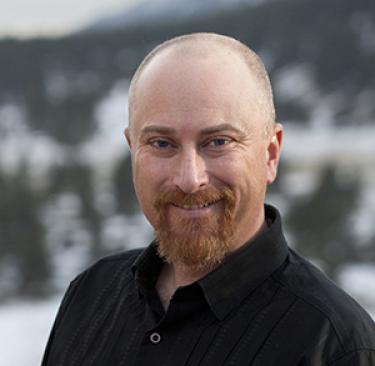 It had been a long time since I cried in public. But on October 28th, 2016, I was not the only one openly weeping in a stone fortress in the center of Hobart, Tasmania, as I witnessed 24 Nations and the European Union establish the world’s largest marine protected area in the Ross Sea, Antarctica.

I had been a professional photographer for 6 years when I first heard about the Ross Sea. The effort to protect it would consume the next 12 years of my life. It started for me in 2004 when I read a paper by Antarctic ecologist David Ainley, who outlined the story of the Ross Sea, identifying it as the last large intact marine ecosystem left on Earth. This idea—that we had but one pristine place left in the entire ocean—got under my skin. It was an itch that I couldn’t scratch, and I eventually called David. We met some weeks later and committed to work together to build a campaign for a marine protected area in the Ross Sea.

I’ll fast-forward through the years of single-minded pursuit, working alone in our respective garages, sometimes for days at a time with no sleep, as we slowly built momentum. We joined forces with New Zealand filmmaker Peter Young, and as a trio, The Last Ocean Project began to fully take shape. We helped found and build what would become a global coalition of organizations, scientists, diplomats, and eventually entrained the attention of world leaders. This pursuit brought me to the Ross Sea four times. My images became the face of Antarctic conservation efforts worldwide, published thousands of times, reaching a global audience of nearly 1 billion people. We collected 1 million signatures. I had meetings with presidents.

As we fought to bring the Ross Sea into the public view, teams of brilliant and tireless people fought concurrent battles in boardrooms and scientific journals all over the world. But then the train stalled on the tracks. For years, the vision of protecting the last pristine place seemed more and more unlikely. I fell, at times, into deep depression. And as my faith in the outcome waned, so did my faith in humanity. I lived this pursuit, and on several specific occasions, it nearly killed me.

All of that changed on an October night in the stone fortress that houses the annual meeting of the Commission for the Conservation of Marine Living Resources (CCAMLR)—the international government body that manages the Southern Ocean. Led by delegates from the US and New Zealand, the proposal for the Ross Sea Marine Protected Area was unanimously adopted. In that moment, in protecting the most pristine marine ecosystem left on Earth, CCAMLR members redefined what is possible in international collaboration. They created a blueprint for the conservation—not just for the protection of the Southern Ocean, but for our global ocean, the source of life on Earth. It was an astounding achievement. This was a gift to all of humanity,
present and future. I wish all of you reading this could have been there when the room erupted. Nations were literally hugging other nations. I can guarantee that it would have made you cry.

Today, we continue to fight for further protection of Antarctica, and other critical oceans around the globe. Follow our work and join our team at www.sealegacy.org.

BFCSEC presents: The Climate and Biodiversity Crisis: Moving Toward a Global Awakening?