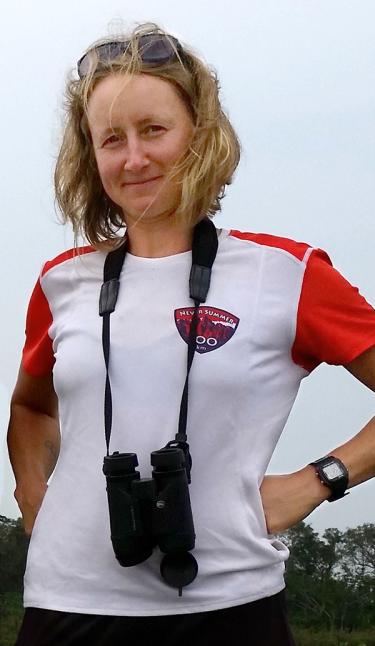 Dr. Erin A. Tripp spent her childhood years among the Mississippi, Missouri, and Tennessee River bluffs and prairies of Illinois, Nebraska, and Alabama. She attended The University of North Carolina at Asheville and earned a B.A. in Biology in 2002. After a one-year internship at The Academy of Natural Sciences (PH Herbarium) and The Morris Arboretum in Philadelphia, PA, she enrolled in graduate school at Duke University (Durham, NC) in 2003 and earned a Ph.D. in Ecology and Evolutionary Biology in 2008. Erin was a postdoctoral research scientist at Rancho Santa Ana Botanic Garden in Claremont, California from 2008-2012. In 2013, she transitioned to the University of Colorado, Boulder, where she serves as Curator of Botany (COLO Herbarium) of the CU Museum of Natural History as well as Assistant Professor of Ecology & Evolutionary Biology (EBIO). Erin is a biodiversity scientist whose research focuses on the diversity and evolution of flowering plants as well as lichens. Her plant work emphasizes the large and mostly tropical family Acanthaceae (> 4,000 species), for which she has traveled extensively to international destinations to collect plants and collaborate with colleagues. Her research on the genetics and morphology of a remarkable genus of Acanthaceae earned her the 2011 George R. Cooley Award for best systematics paper presented by a young scientist at the annual American Botany Conference (St. Louis, MO). Additionally, in collaboration with Biological Diversity of the Guianas Program (Smithsonian Institution), Erin has participated in or co-led numerous plant collecting expeditions to the geographically inaccessible tepuis of northern South America (Mt. Ayanganna, Mt. Wokomung, Mt. Maringma, Kamakusa Tepui), thus contributing to primary documentation and eventual conservation of this highly endemic flora. Closer to home, she is keenly interested in discovery, documentation, and conservation of the North American lichen biota, in particular, of “her old favorite and new favorite places on Earth” – the Southern Appalachians and Southern Rocky Mountains. Celebrate Biodiversity!