Home Fall 2021 How Should We Define Camping?

Home Fall 2021 How Should We Define Camping?

An unhoused person setting up a temporary shelter in a city park. An activist spending weeks in a tent outside the state capitol. An avid hiker waking up to mountain views and steaming coffee. Campers, all?

Environmental and cultural historian Phoebe Young has spent the past 20 years delving into two questions: What does it mean to camp, and why does it matter? Her book, Camping Grounds: Public Nature in American Life from the Civil War to the Occupy Movement, discusses the history of this U.S. pastime and how its definition has shifted over time.

“When I started this project, I thought I knew what camping was,” said Young, an associate professor in CU’s Department of History. “It’s a tent somewhere in a national park, roasting marshmallows over the fire, sitting out under the stars — that’s camping.

“But the more I worked on this project, that definition [became] up for grabs. That’s one definition of camping, but it’s historically relatively new.”

Young’s work reveals what the past 150 years of camping can teach us about our society and our social contract, and why we should consider a more inclusive view of camping.

A Brief History of Sleeping Outside

Young’s exploration of the rich history of camping in America begins in the mid-19th century. Back then, sleeping outside was pretty common — something you did out of necessity while traveling and between places of lodging, or when conducting research, like John James Audubon gathering ornithological data.

This began to change after the Civil War, as the U.S. entered a period of rapid industrialization. According to Young, groups of wealthy, white Americans sought out recreational camping to stay connected with the land. Practiced largely by the upper class, camping became an elite vacation activity.

“When I started this project, I thought I knew what camping was... but the more I worked on this project, that definition [became] up for grabs."

Even as camping became more accessible during the rise of the automobile in the early 20th century, it remained restricted by race and class. Black Americans’ history with outdoor spaces — often the sites of lynchings and other traumas — dissuaded many.

“There were African American camping enthusiasts, absolutely — they protested against the segregation of campgrounds and other facilities at the Southern national parks and got [those policies] overturned in the early ’40s,” said Young. “But they had to push for it.”

As time went on, an aesthetic appreciation of nature prevailed as the highest use for public lands.

And while the focus on preserving landscapes was admirable, Young found that this “leave no trace” mindset excluded traditional outdoor pursuits like hunting and fishing. It also ignored or belittled Indigenous land uses and voices — and in many cases, those groups were forcibly removed from public lands.

The accepted definition of camping was narrowing: a leisure activity for primarily white, middle- to upper-class citizens to immerse themselves in nature’s untarnished beauty.

Camping As Protest and Function

In 2011, the Occupy Wall Street movement redefined camping yet again — and rekindled a conversation about how people use public space.

In cities across the U.S., activists camped out for weeks to protest economic inequality. Instructions for the protests said simply, “Bring tent.”

According to Young, the Occupy protests echoed the 1932 Bonus Army of World War I veterans and their families, as well as the 1968 anti-poverty demonstration in Washington known as Resurrection City. Though driven by different causes, all relied on relatively long-term encampments to drive home their message: “We’re not going away.”

“There’s only one way to camp … and that assumption is the problem, not the camping itself.”

“WE ARE NOT CAMPING,” read signs taped to protesters’ tents at McPherson Square in Washington, D.C. “We are assembling peaceably to petition the government for a redress of grievances.” With a circle around an image of the First Amendment, the signs insisted, “THIS IS OUR PERMIT.”

Even so, many lawmakers and media outlets portrayed the movement as perverting the idea of a beloved American activity and serving as a public nuisance.

As a result, public tolerance for camping in public parks and other spaces plummeted. Many cities — including Boulder and Denver — later enacted camping bans, with direct impacts on unhoused communities.

Yet both protesters and lawmakers were operating from a narrowly defined vision of what “true camping” was: purely recreational.

“If you are camping for functional reasons, that seems somehow problematic,” Young said. “There’s only one way to camp … and that assumption is the problem, not the camping itself.”

The conversation continues today, as cities debate where — and why — people have the right to camp freely.

“The topic of encampments and the symptoms of homelessness in our community are often polarized — it’s either about people and taking care of our unhoused neighbors, or it’s about safety in public spaces,” said Alison Rhodes (Hist, Span’01; MPA’16), director of parks and recreation for the City of Boulder.

“What we are trying to do in our work in the city [of Boulder] is both,” she said. “It has to be both. We have to support our most vulnerable community members, and our parks need to be safe for everyone.”

Balancing the needs of different communities — and understanding how those groups perceive camping and the use of public spaces — is key.

Rhodes put it succinctly: “How do we create a common ground?”

Who Gets To Define Camping?

In her work, Young raises nuanced questions about the definition of camping and how people use public spaces: Why is recreational camping in national parks seen as a patriotic, American activity, while setting up a tent in a city park is perceived as a public nuisance? Why do we glorify backcountry tent photos on Instagram while disparaging homeless encampments and political protests as eyesores and social burdens?

“It’s about how we share space, particularly our public spaces — whether that be Central Park in Boulder, Yosemite [National Park] or anything in between,” said Young. “How can we create a space for people who need and want parks for recreation, leisure, de-stressing, mental health, all those reasons — but then also for those people who are using [public] spaces for functional reasons?”

Now more than ever, recreational camping is exploding in popularity, thanks in part to social media and COVID-19 physical distancing precautions that have driven people to explore new outdoor activities.

At the same time, cities across America are seeing a rise in homelessness, according to the U.S. Department of Housing and Urban Development.

“Almost all park systems, governments and many [other] disciplines are trying to address the growing number of unhoused in our communities,” said Rhodes. “It’s incredibly polarizing. You have folks who have incredible empathy and understanding for people who are living unhoused in park land, and you have people who demonstrate some significant stigma and lack of understanding.”

How the U.S. and its communities address these challenges could begin with a shift in perspective.“It’s about taking away the idea that there’s one highest use and that all the others should be banned … and shifting the question a little bit,” said Young. “How do we share this space? Because those spaces are so important to who we are as a nation.” 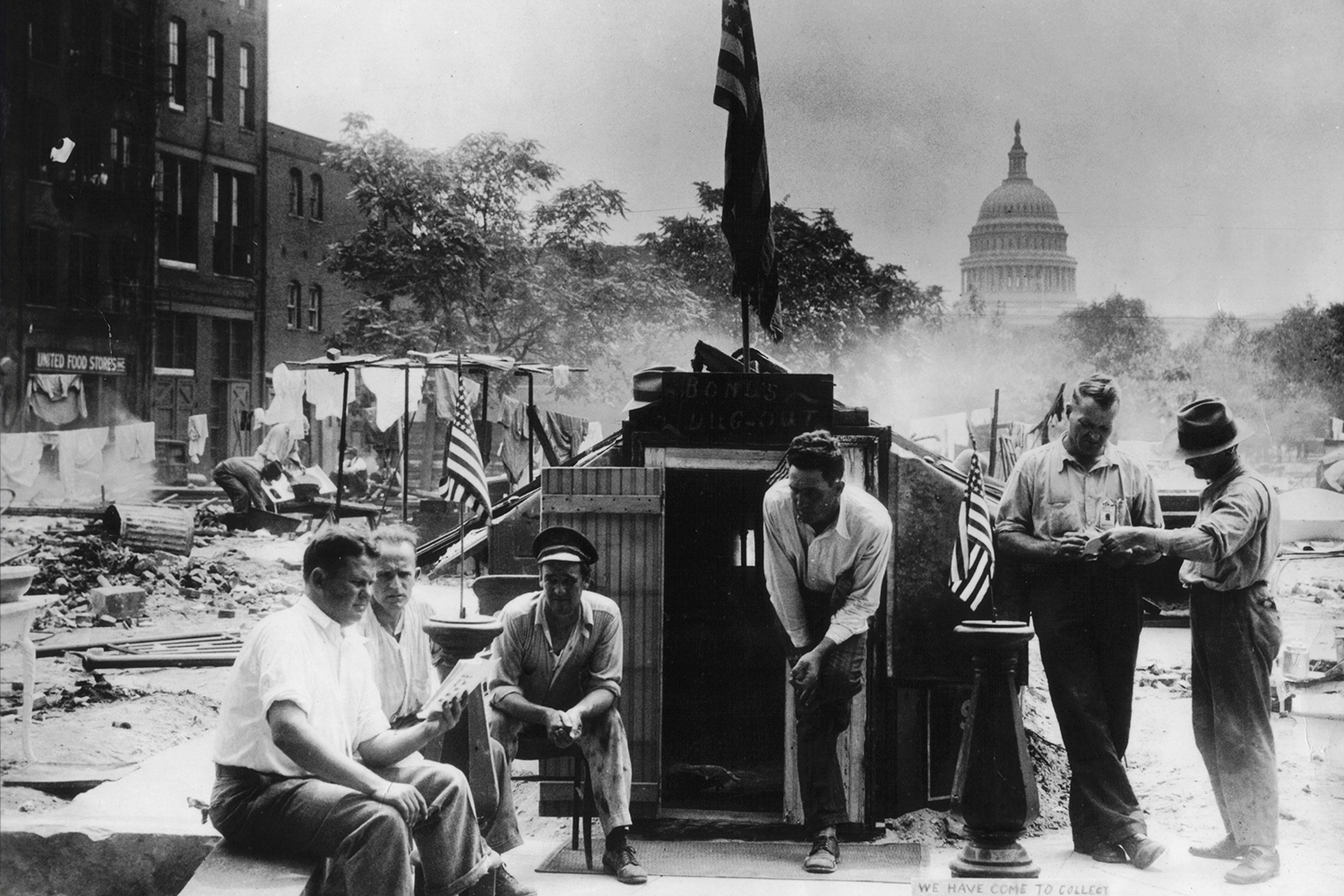 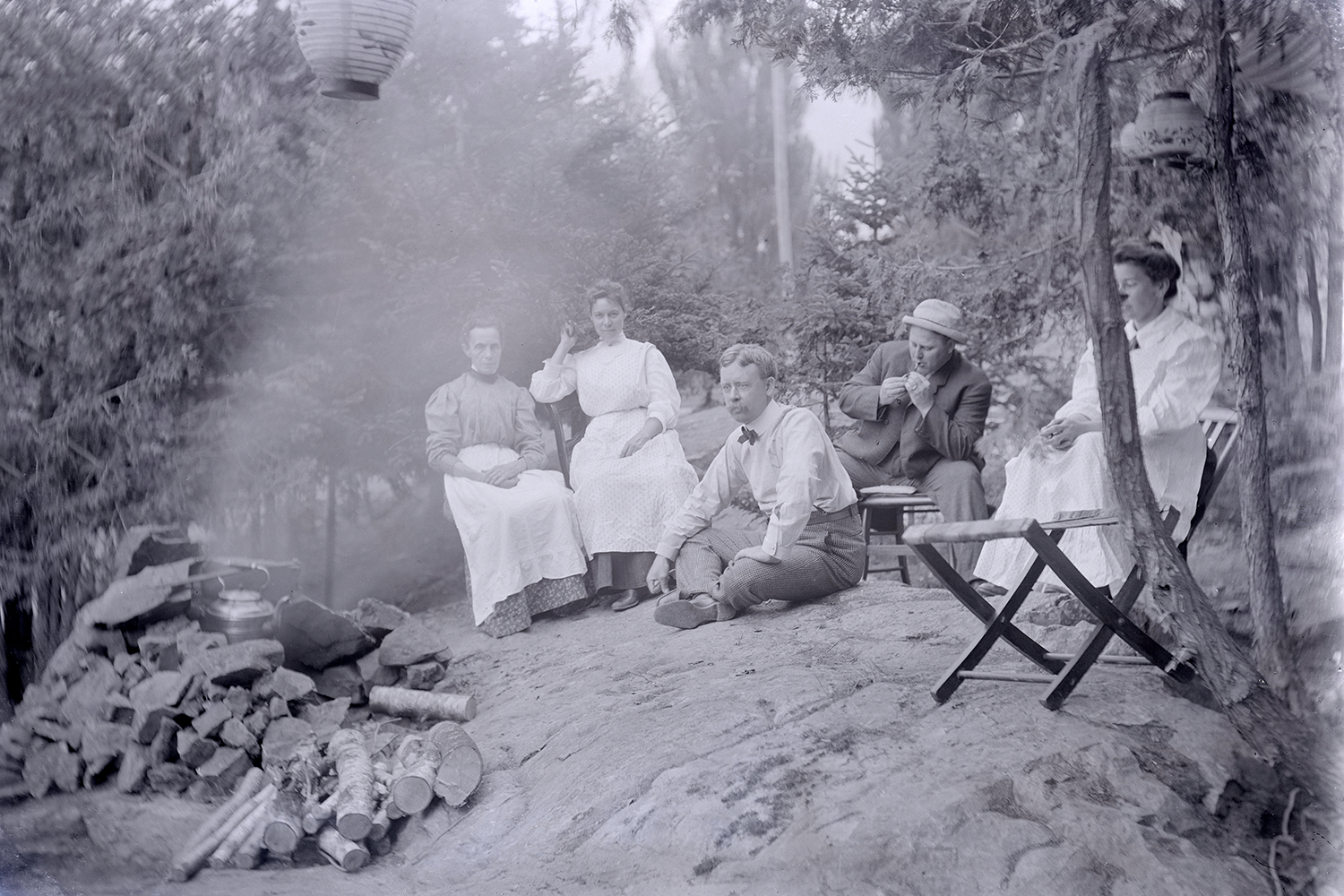 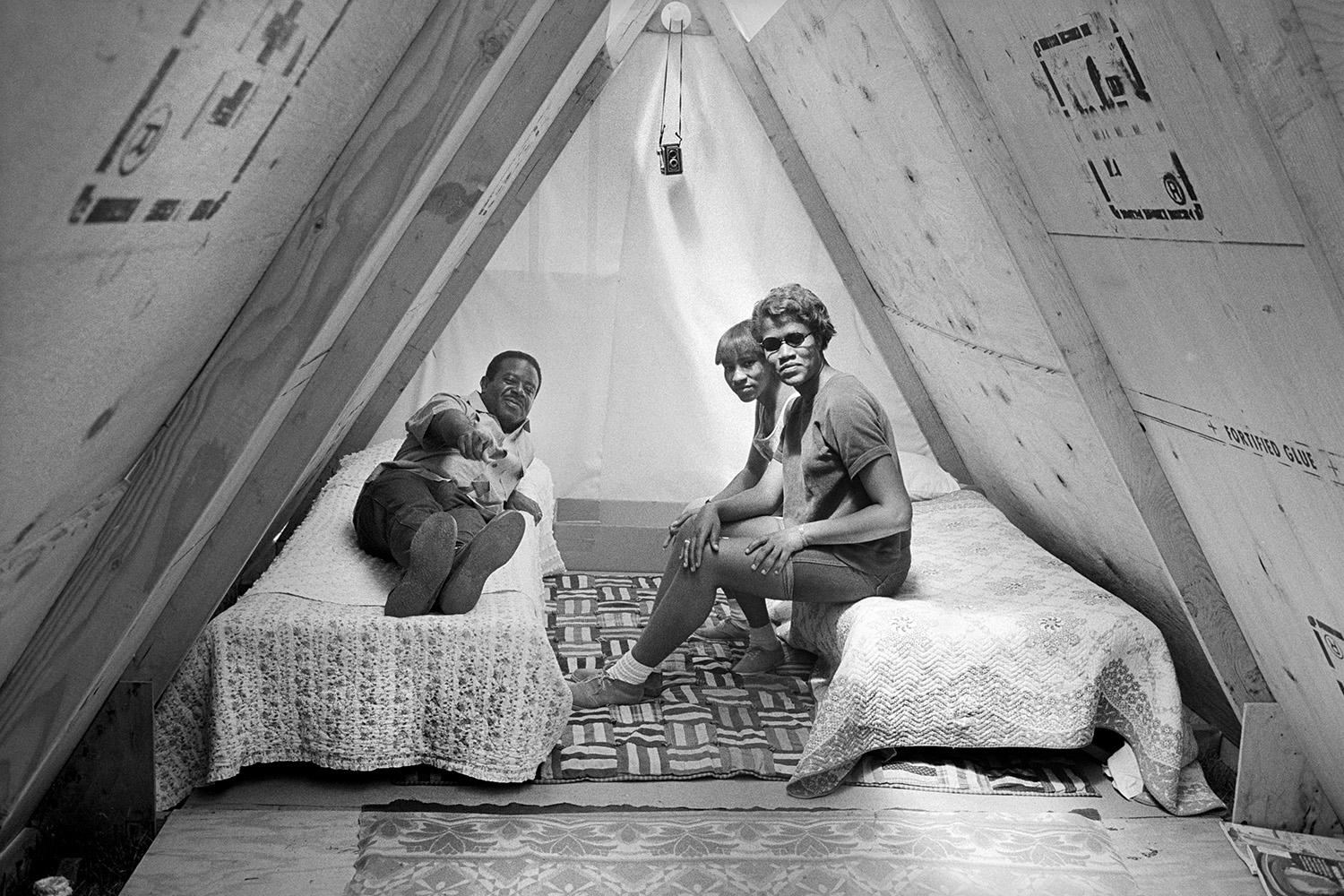 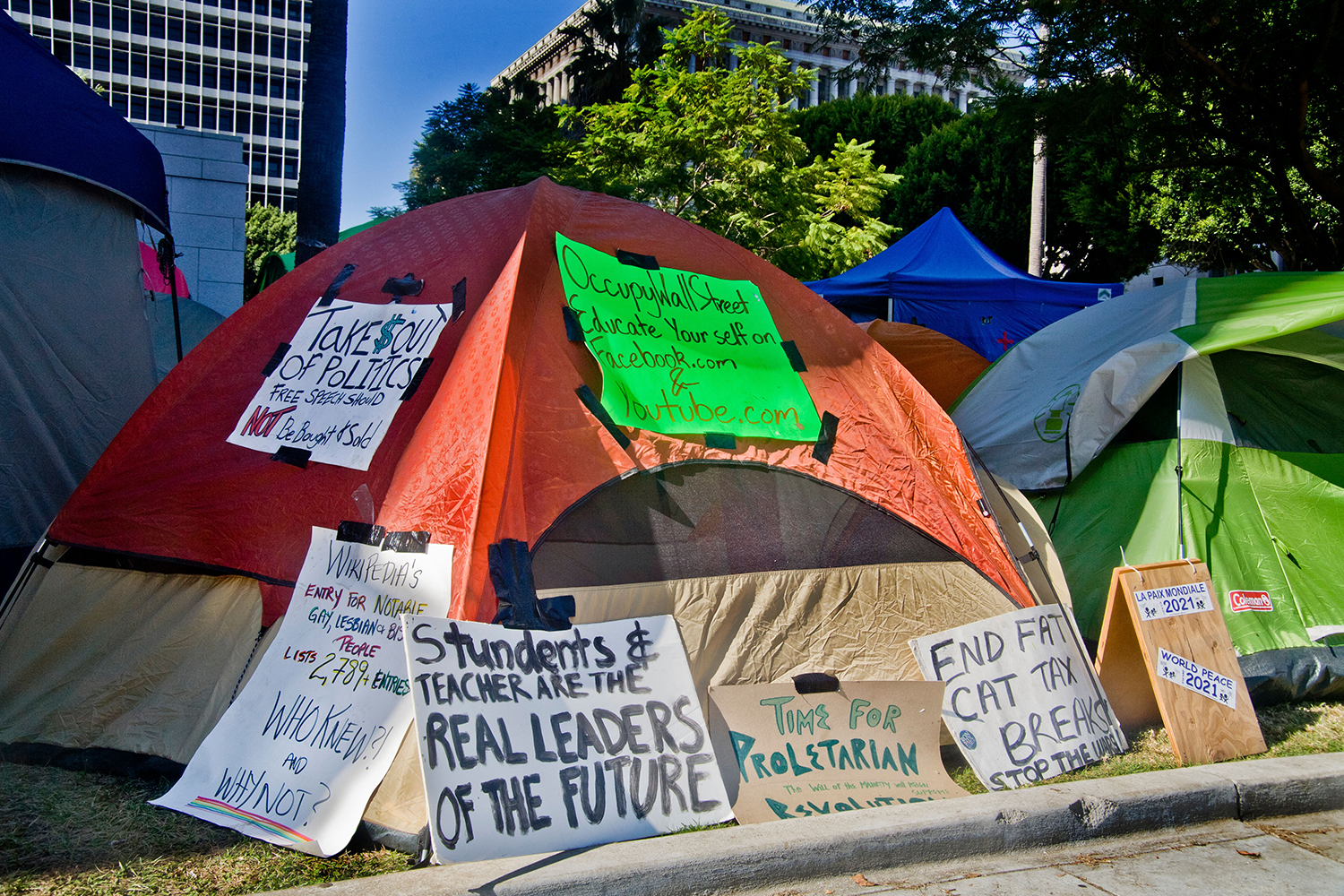 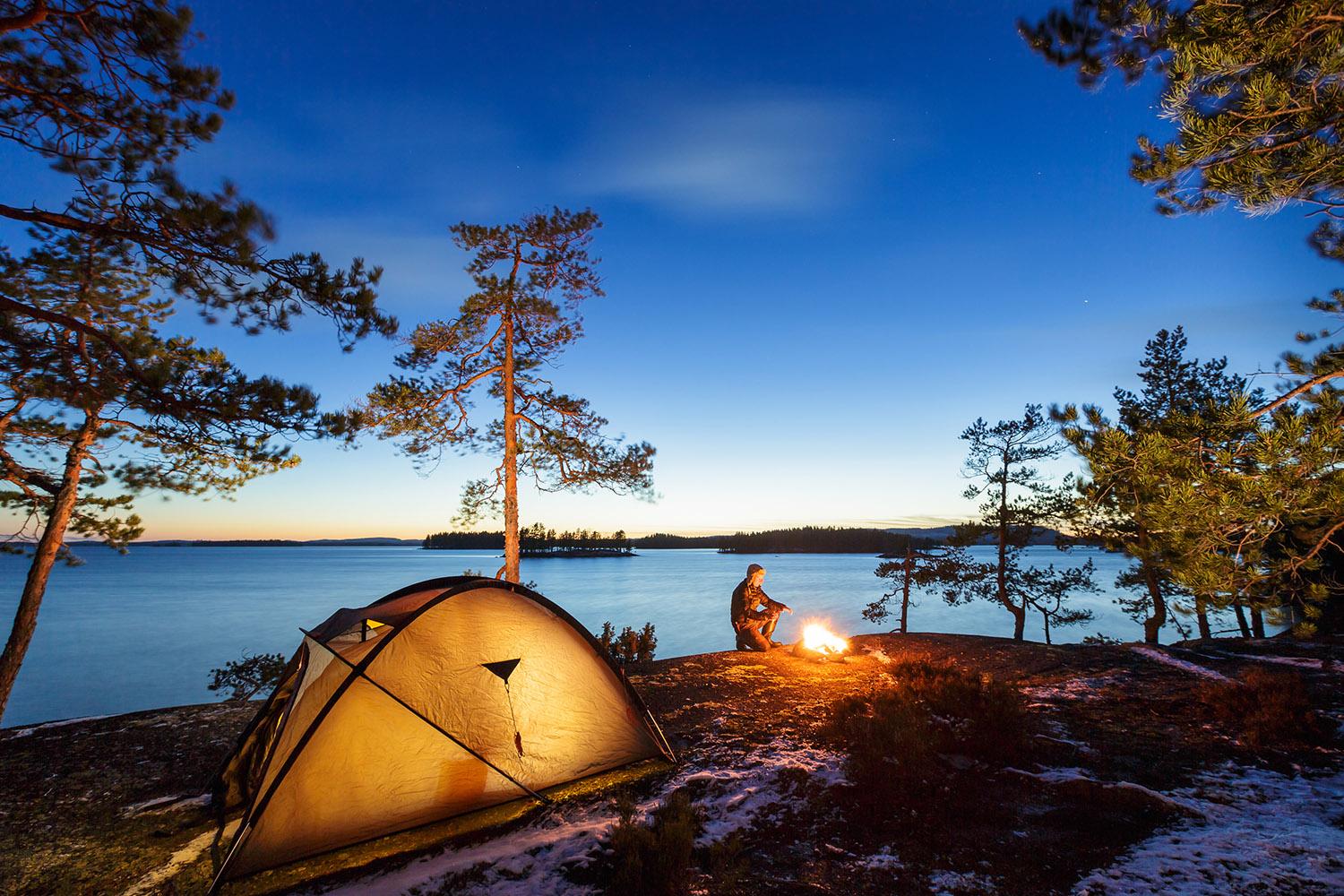 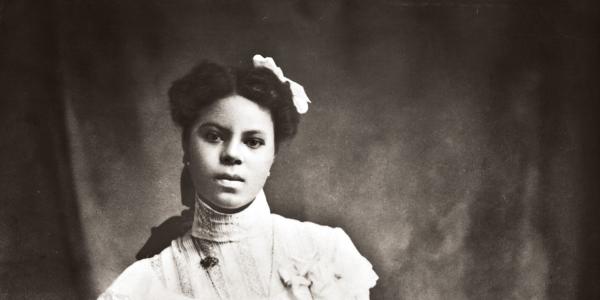 Long overlooked, the first black woman to graduate from the University of Colorado comes alive in a new book by CU Boulder’s Polly McLean. END_OF_DOCUMENT_TOKEN_TO_BE_REPLACED 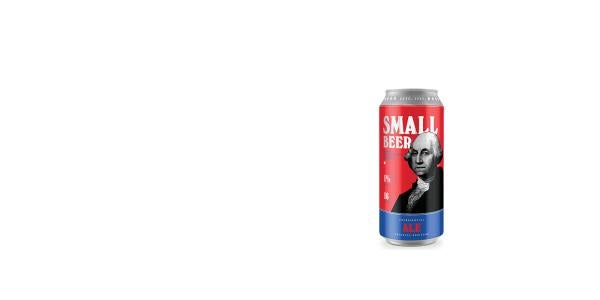 America’s first president brewed his own beer. Travis Rupp wants you to be able to taste it. END_OF_DOCUMENT_TOKEN_TO_BE_REPLACED 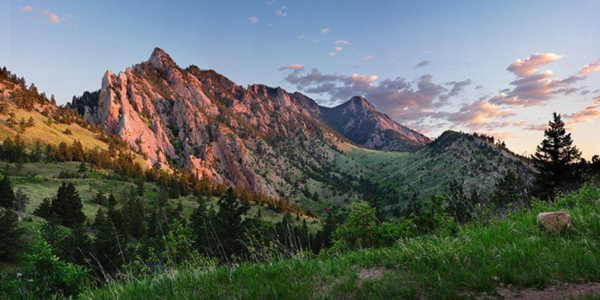 Forever Buffs control the natural spring water in Eldorado Springs, once considered the “Coney Island of the West,” and hope to maintain the area’s history. END_OF_DOCUMENT_TOKEN_TO_BE_REPLACED