Camping Grounds: Public Nature in American Life from the Civil War to the Occupy Movement 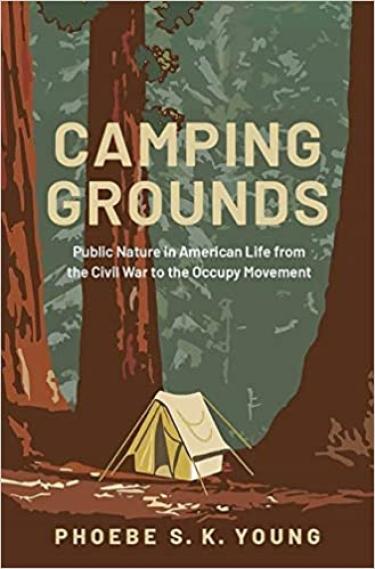 Camping appears to be a simple proposition, a time-honored way of getting away from it all. Pack up the car and hit the road in search of a shady spot in the great outdoors. For a modest fee, reserve the basic infrastructure--a picnic table, a parking spot, and a place to build a fire. Pitch the
tent and unroll the sleeping bags. Sit under the stars with friends or family and roast some marshmallows. This book reveals that, for all its appeal, the simplicity of camping is deceptive, its history and meanings far from obvious.

Why do some Americans find pleasure in sleeping outside, particularly when so many others, past and present, have had to do so for reasons other than recreation? Never only a vacation choice, camping has been something people do out of dire necessity and as a tactic of political protest. Yet the dominant interpretation of camping as a modern recreational ideal has obscured the connections to these other roles. A closer look at the history of camping since the Civil War reveals a deeper significance of this American tradition and its links to core beliefs about nature and national
belonging.

Camping Grounds rediscovers unexpected and interwoven histories of sleeping outside. It uses extensive research to trace surprising links between veterans, tramps, John Muir, African American freedpeople, Indian communities, and early leisure campers in the nineteenth century; tin-can tourists, federal campground designers, Depression-era transients, family campers, backpacking enthusiasts, and political activists in the twentieth century; and the crisis of the unsheltered and the tent-based Occupy Movement in the twenty-first. These entwined stories show how Americans camp to claim a place in the American republic and why the outdoors is critical to how we relate to nature, the nation, and each other.