The Story of CU's First Library

The Story of CU's First Library

As Leo Tolstoy prepared to publish Anna Karenina and Louisa May Alcott’s Little Women sequels circulated, a group of CU bookworms were dreaming up the university’s first library.

Within the first few months of class on CU’s campus in the fall of 1877 (when it was just a prep school), several students formed the University Literary Society. Members included the group’s president James McFarland (A&S1882), Emma Reed, Fred Smith and John Mellette (A&S1882).

Society meetings were marked by witty satire and consisted of debates, essays, orations and recitations. The group discussed everything from the virtues of selfishness to their berry-picking experiences in the mountains.

They also began making plans for a society library. Eager to raise funds, they put on a series of “entertainments” — lectures, a concert, a play titled Neighbor Jackwood (managed by Mary Rippon) and a debate concerning “Woman or Money: Which has the greater influence over man?” Tickets ranged between 50 cents and $2.

During this fundraising phase, local banker and bibliophile Charles Buckingham donated $2,000 for the purchase of books. President Sewall announced the name “Buckingham Library” at the concert on Dec. 7, 1877.

The library opened its doors in 1878, and students took advantage of the 1,500 tomes during the fall semester.

The furniture, drapery and decor were selected by society members. Natural light illuminated the books. Three walnut writing tables were offset by a comfortable easy chair.

In June 1878, the Boulder County News said, “There may be costlier libraries in the State, but none other with such an indispensable selection of new books, and a place so pleasant in its furnishings and surroundings.”

Over the next several years, the library traveled around Old Main. It expanded into multiple rooms on the second floor, then moved to the third floor. As the collection grew and the sheer amount of books became too heavy, it was moved to the ground level. Finally, on Jan. 4,1904, the library moved to its own building (now the University Theatre) on the Norlin quadrangle. By this time, it boasted 30,000 volumes. 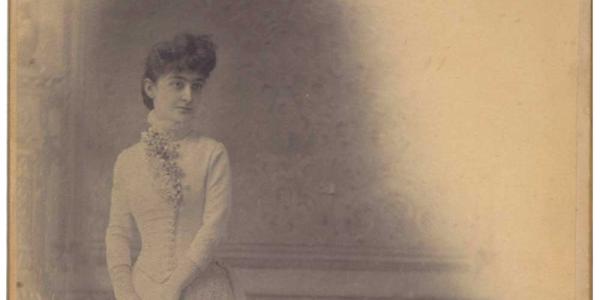 Many of America’s first universities were centuries old by the time they admitted women. At CU-Boulder co-education began early — with the Tyler sisters. END_OF_DOCUMENT_TOKEN_TO_BE_REPLACED 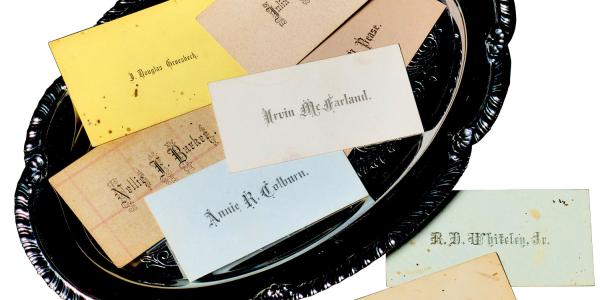 Visiting cards, also known as calling cards, were popular among both men and women in the 19th century. END_OF_DOCUMENT_TOKEN_TO_BE_REPLACED 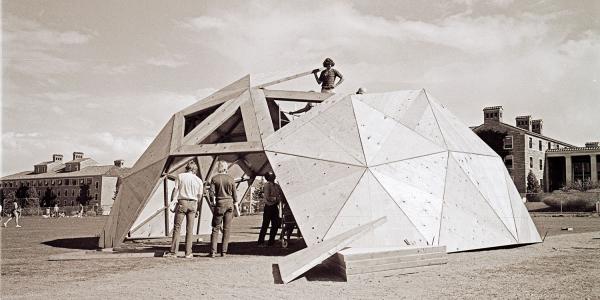 Fifty years ago, on April 22, 1970, CU Boulder became the first university in the nation to open a student-led Environmental Center. The day coincided with the nation’s inaugural Earth Day. END_OF_DOCUMENT_TOKEN_TO_BE_REPLACED