Deep family roots anchor fourth-generation Coloradan Katie Kramer (Mgmt’97; MBA’09) to the state she loves. Moreover, she has found a place for her professional life in an organization that has a long history in the state: the Boettcher Foundation.

The Boettcher Foundation is a philanthropic organization whose mission is to invest in the promise of Colorado and the potential of Coloradans. It seeks to build a connected, inclusive and accessible leadership ecosystem that serves all of Colorado while propelling the state forward.

The foundation is named after Charles Boettcher, a German immigrant who arrived in Colorado in 1869 to pursue business ventures. The women in his family were a crucial part of guiding the family fortune toward philanthropy in 1937. Among them, Edna Boettcher and Mae Boettcher were trustees, and Claudia Boettcher Merthan (Mus’91) served the foundation for 21 years including as board chair from 1992 to 2007.

Kramer is following their lead. Her career trajectory toward serving the foundation began in 1993 when she was named a Boettcher Scholar — awarded to 50 Colorado students a year — and enrolled at CU Boulder. In the nearly three decades since, she has held multiple titles at the 84-year-old foundation, including vice president when she was just 26. Today, she serves as the youngest president and first female CEO in the organization’s history.

As the head of a leadership-focused foundation, the standards are high. And Kramer has brought her A-game from the beginning, said Sharon Linhart, chair of the Boettcher Foundation Board of Trustees and founder of Linhart Public Relations.

“I’m a believer that anyone can be a leader and that it most often starts with the choice to care about the success and dreams of others.”

“Katie has it all — intellectual curiosity, sensitivity and compassion, sensibility and an intense desire to make a positive impact,” she said. “She embodies the Boettcher Foundation’s mission to champion excellence across Colorado.”

Reflecting on the evolution of her career, Kramer describes her role as that of a connector who cares deeply about the quality of life for Coloradans. When asked what fulfills her professionally, she said: “To work in a place where I feel like I’m being of service to my community and to be in a place where I’m always learning.”

Kramer, who has spent more than 20 years focused on leadership development, believes effective leaders should be defined by the role they play in a community, not their title or position. And since she started as CEO in 2017, over $18 million has been distributed through scholarships to deserving Colorado students seeking to be future leaders.

“Our communities thrive when individuals from all sectors, industries, generations and geographies have access to leadership opportunities and support,” she said.

Kramer added that she doesn’t believe leaders are born.

“There are multiple characteristics of leadership that can be learned, developed or enhanced,” she said. “I’m a believer that anyone can be a leader and that it most often starts with the choice to care about the success and dreams of others.”

A self-described “leadership nerd,” Kramer’s interest in leading people began long before she was named a Boettcher Scholar.

“In high school, I was student body president and attended leadership camps,” she said. “I read a lot of leadership books. And I love working with other leaders to make good things happen and find ways to serve our community. So, it’s been in the cards for me all along.”

The receipt of the Boettcher Scholarship and her tenure at CU Boulder, where she was a member of the Presidents Leadership Class, built upon these interests. Her undergraduate years served as a training ground to learn how to work with people from different backgrounds, perspectives and lived experiences.

Leaders should be defined by the role that they play in a community, not their title or position.

“It’s important to understand different viewpoints and develop the skills and willingness to engage in civil discourse,” said Kramer, who lives in Arvada, Colorado, with her husband and two sons. “You must get out of your echo chamber. Can you have a growth mindset and be curious if you’re always convinced you’re right?”

Kramer’s insatiable desire to learn, grow and share has been a driving force behind her success.

“I wanted to orient my career around being of service to my community,” she said. “And the mission of Boettcher is in complete alignment with my personal passions, so I am grateful for the opportunity to do what I love and make a difference in this place I care so deeply about.” 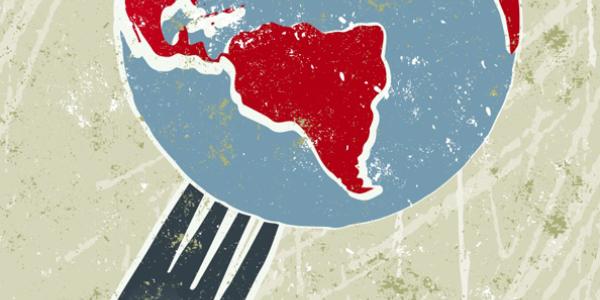 Head of the Herd

Four decades ago, the university created an innovative program to groom Colorado's future leaders. Where are they now? END_OF_DOCUMENT_TOKEN_TO_BE_REPLACED 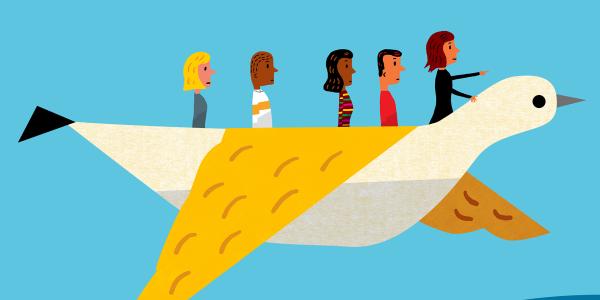 CU Students and Faculty Ask: What Does Leadership Mean in Today's World?