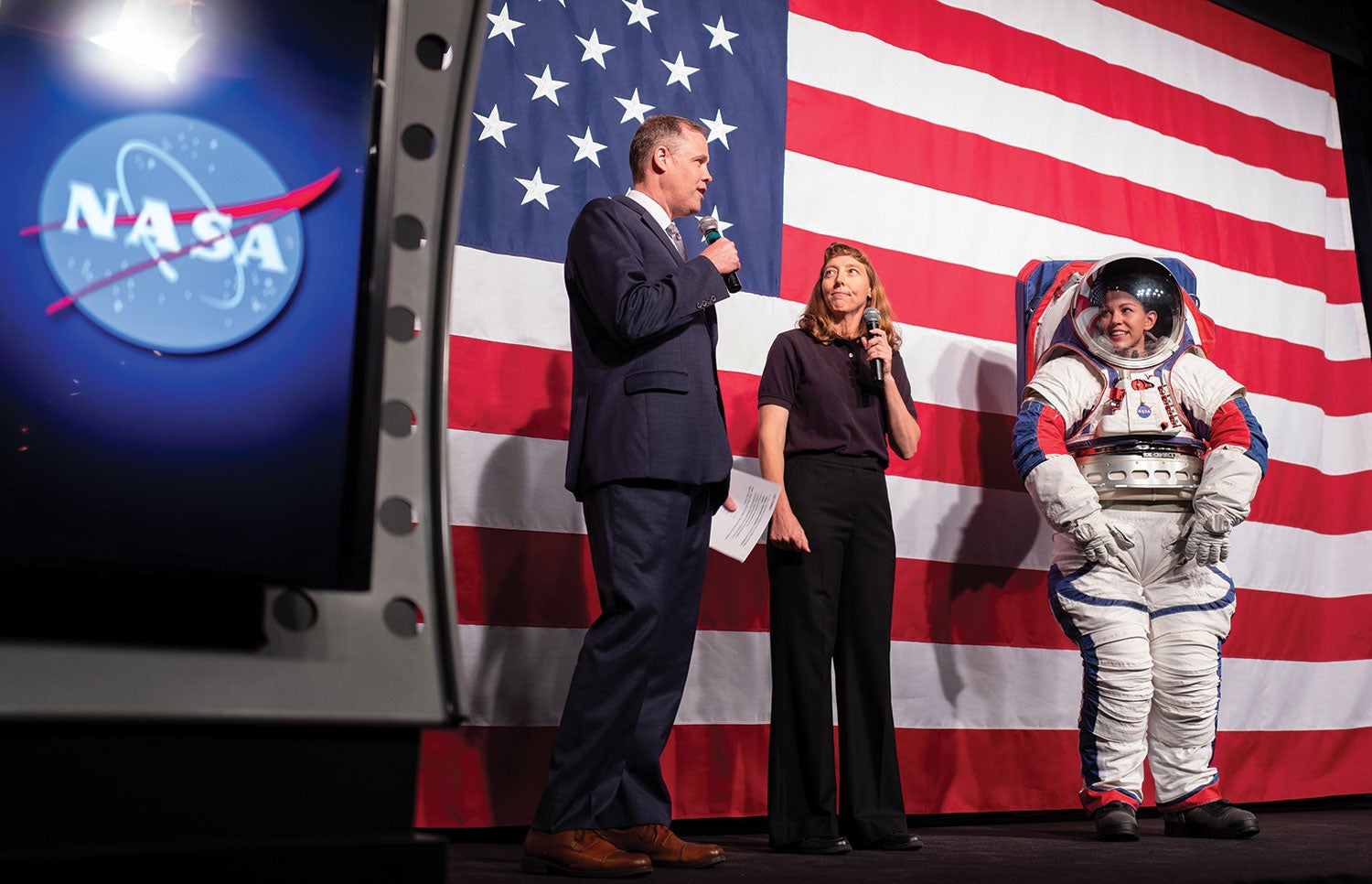 Patrick Pischulti (PhDAeroEngr’24) knows what it’s like to be thousands of miles from home, disconnected from the familiar and comfortable. So when he began helping NASA design a spacesuit for the newest generation of astronauts, it was easy for him to empathize with the space explorers.

Pischulti, who grew up in Germany, moved away from his friends and family to study engineering in the United States. Though the astronauts will be traveling much farther — visiting the International Space Station, the moon and, eventually, Mars — their basic human needs are the same.

“When I’m thinking about building a home for somebody else who’s thousands of miles away, how can I optimize their home for them to be successful, happy and safe?” said Pischulti, now a CU Boulder engineering doctoral student. “That’s my big-picture motivation — being able to create something that makes someone feel at home, even though they are far away from us.”

Before arriving in Boulder to study bioastronautics, Pischulti, 29, earned his bachelor’s degree in mechanical engineering at the University of Alabama. During and after his time at Alabama, he completed several internships at NASA’s Johnson Space Center in Houston and Langley Research Center in Hampton, Virginia.

“When I’m thinking about building a home for somebody else who’s thousands of miles away, how can I optimize their home for them to be successful, happy and safe?”

In Houston, he worked on the helmet-mounted lights and camera for the agency’s newest spacesuit, called the Exploration Extravehicular Mobility Unit, or the xEMU. The NASA engineers upgraded both systems to modern technologies — full high definition for the camera and LED lights — to improve visibility for the astronaut and video quality for the ground control crew.

The new suits, unveiled in October but not yet deployed, have other improved features, including increased mobility, robust temperature and atmospheric protection, advanced communications technologies and systems that lengthen the time astronauts can spend on spacewalks. While they’ll be weightless in space, they weigh about 300 pounds on Earth, according to NASA.

While at NASA, Pischulti also worked on inflatable space habitats — akin to a blow-up tent — which only furthered his interest in developing tools that help humans survive in space.

At CU, he’s part of NASA’s Habitats Optimized for Missions of Exploration (HOME) project, through which, with other university and industry partners, CU researchers are developing technologies for future deep-space missions and landings on Mars.

Said Pischulti: “Engineering in the space environment is, to me, the greatest challenge that we still have to conquer.”