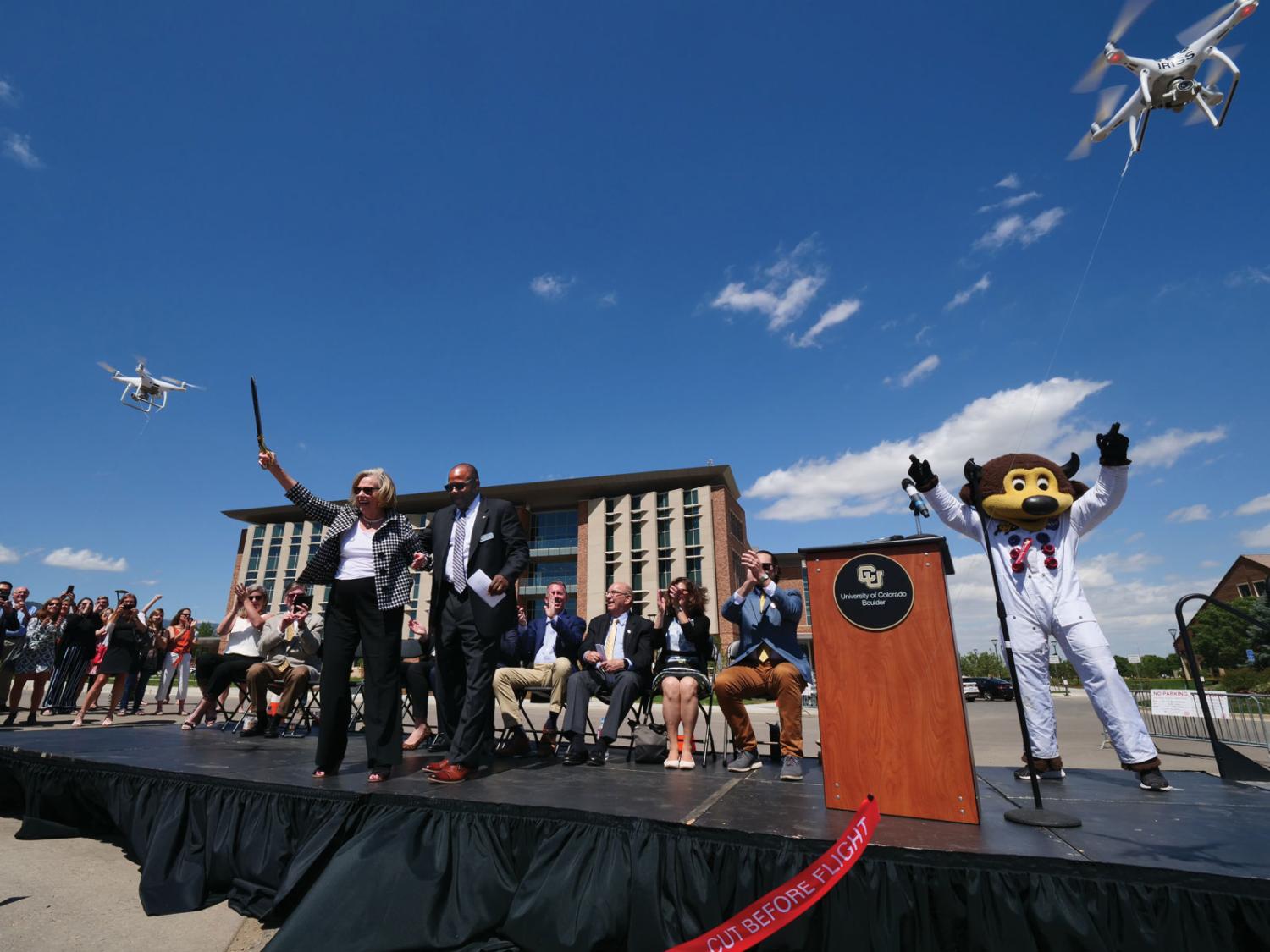 Of course the engineers invited the drones.

Given a starring role in the formal Aug. 26 debut of CU Boulder’s $10 million Aerospace Engineering Sciences Building, the pair of Phantom 4 Pros did just what they were supposed to — hoist a six-foot white ribbon from the lawn and gently deliver it to the front of the dignitaries’ stage. There, leaning over the edge, benefactor Ann Smead snapped her scissors. A cheer went up, and so did the drones, which shot skyward.

The new 178,000-square-foot East Campus building, home of the Ann and H.J. Smead Department of Aerospace Engineering Sciences, includes a bioastronautics lab, a payload operations center with a real-time communications link to the International Space Station and an indoor drone testing space.

Days earlier, NASA Administrator Jim Bridenstine dropped by, meeting with students, professors, university leaders and business executives. NASA provides more research money to CU Boulder than to any other public university, and it spends more in Colorado than in any other state.

“Science books have been rewritten based on what comes out of Colorado,” Bridenstine said. 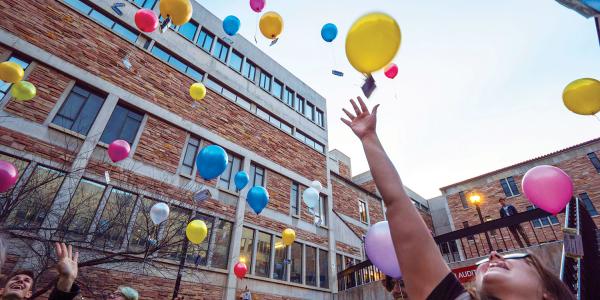 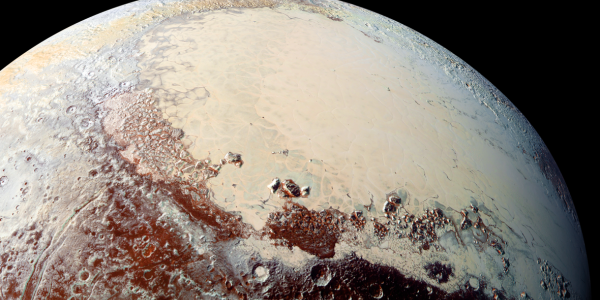 Open to all undergrads in all majors. END_OF_DOCUMENT_TOKEN_TO_BE_REPLACED