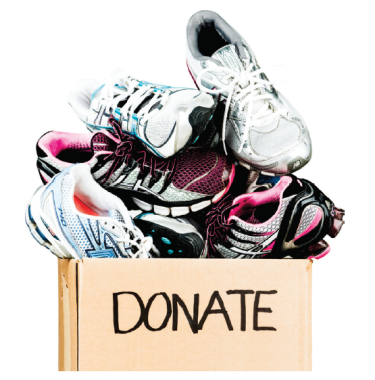 When young Native Americans from around the West travel to Colorado each November for an annual three-day run honoring victims of the 1864 Sand Creek Massacre, they receive a pair of running shoes from nonprofit One World Running. In years past, some of the shoes belonged to the likes of Olympians Jenny Simpson (Econ, PolSci’09) and Kara Goucher (Psych’01).

That’s because members of the CU track team have been donating their old or unused footwear to One World for a decade. The group, founded in 1986 by Daily Camera running columnist Mike Sandrock (MCDBio’80; MBA’84), distributes new and like-new shoes and athletic gear from runners around the U.S. to people in need worldwide.

By now, CU has donated an estimated 2,200 pairs of racing and training shoes and spikes.

“Many of these Cuban runners are the same age and talent level as the Buffs who donated the shoes,” said Sandrock, who also serves as a writing tutor for the CU Athletic Department.

For the student-athletes, donating shoes is a no-brainer.

“All we have to do is tell them there’s a bin for donating shoes,” said Heather Burroughs (EPOBio’99), associate head cross-country coach.

Number of freshmen and sophomores among this year's 13 men's basketball scholarship recipients.

Week all five of CU's fall sports teams were ranked in the Top 25 nationally.