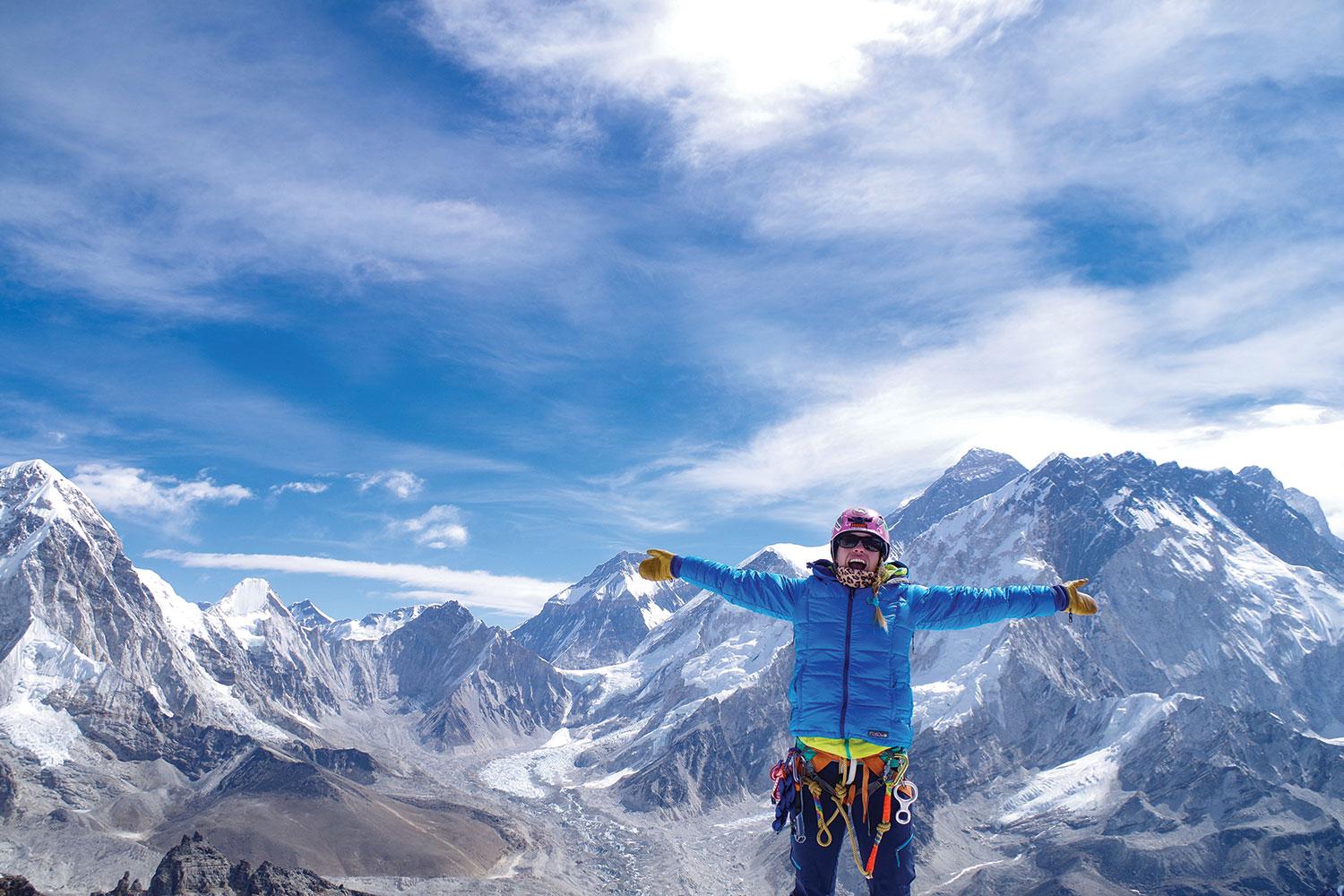 Over seven years, Kimberly Hess and brother Steven climbed the tallest mountain on each of the seven continents. Next up for Kim: A trek to Earth’s poles.

At 17,000 feet, enveloped by clouds, Kimberly Hess (IntPhys’07) nursed a broken wrist in the snow. She sat on the most challenging slope of Alaska’s 20,310-foot Denali mountain, which she’d summited the day before. Her gloved left hand was facing the wrong way and she couldn’t feel her fingers.

It had happened in an instant: On the descent, the snow broke away beneath her feet and she fell. Her climbing rope pulled tight around her wrist, snapping it in three places.

As if the wrist wasn’t torment enough, Hess had been climbing on a broken foot: She’d injured it about a week earlier, dancing at a wedding in Denver. But she’d refused to cancel the July 2013 Denali climb, the fourth adventure in her quest to complete the challenge known as the Seven Summits — climbing every continent’s tallest mountain.

“Seven summits in seven years...[seems] as likely to go to the moon.”

Hess and her climbing partner, her eldest brother, Steven, spent two days in a tent on the mountainside before rescuers arrived by helicopter. The weather was bad. All Kim had for pain was ibuprofen.

It would take six surgeries and more than two years before she’d attempt another peak. During that time, putting her hair in a ponytail or opening toothpaste often required help. But she remained fixed on the mountains.

“The Seven Summits were all I ever thought about,” said Hess, a scrappy adventurer who gave nearly a decade to the endeavor, including planning. “They were there when I woke up in the morning and when I went to bed at night.”

Five years later, on March 11, 2018, she and Steven made their way to the top of the final mountain, reaching the crest of Australia’s Mount Kosciuszko. The first known brother-sister duo to climb all seven summits, the Hesses joined a group of more than 400 individuals worldwide to have done it. In all, they’d traveled 109,600 air miles, climbed 133,480 feet and spent 180 nights in a tent.

“I’ve been lost ever since,” Hess half-joked in an interview. “You work so hard to get there, then you attain it, and when it’s done, it’s like, ‘What’s next?’”

Hess grew up in Denver with three older brothers and a thirst for escapades that often landed her in the doctor’s office: Among others, she broke an arm racing her bike, both feet from excessive running and her thumb tagging out a softball player.

At CU, she was in the Delta Gamma sorority, loved anatomy labs with real cadavers and enjoyed trail running. After graduation, she and a friend bought one-way tickets to Sydney, Australia.

“I thought I’d figure out my life for four months,” she said. “I stayed two-and-a-half years.”

“Everest was the hardest.”

During her first Christmas home, in 2009, Steven, who’s seven years older, proposed the Seven Summits challenge as they sat in their parents’ hot tub in Taos, N.M. Aside from hiking a few Colorado 14ers, neither had done any serious climbing, but they thrived on adventure.

“My life had become one-dimensional with work,” said Steven, then in mergers and acquisitions with a health care company. “Kimberly had finished school and traveled the world. I thought we could do something in between.”

The pair began planning immediately: Hess from her new home in Steamboat Springs, Steven from his in Atlanta. They chose the 22,831-foot Mount Aconcagua on the Argentinian-Chilean border for their first climb because of its high altitude, lack of technical difficulty and relative inexpensiveness. Hess worked at a ski shop and a bar to finance the trip.

“For me, it was a wake-up call of how hard it was going to be,” Steven said of that first climb. “But we were definitely hooked.” 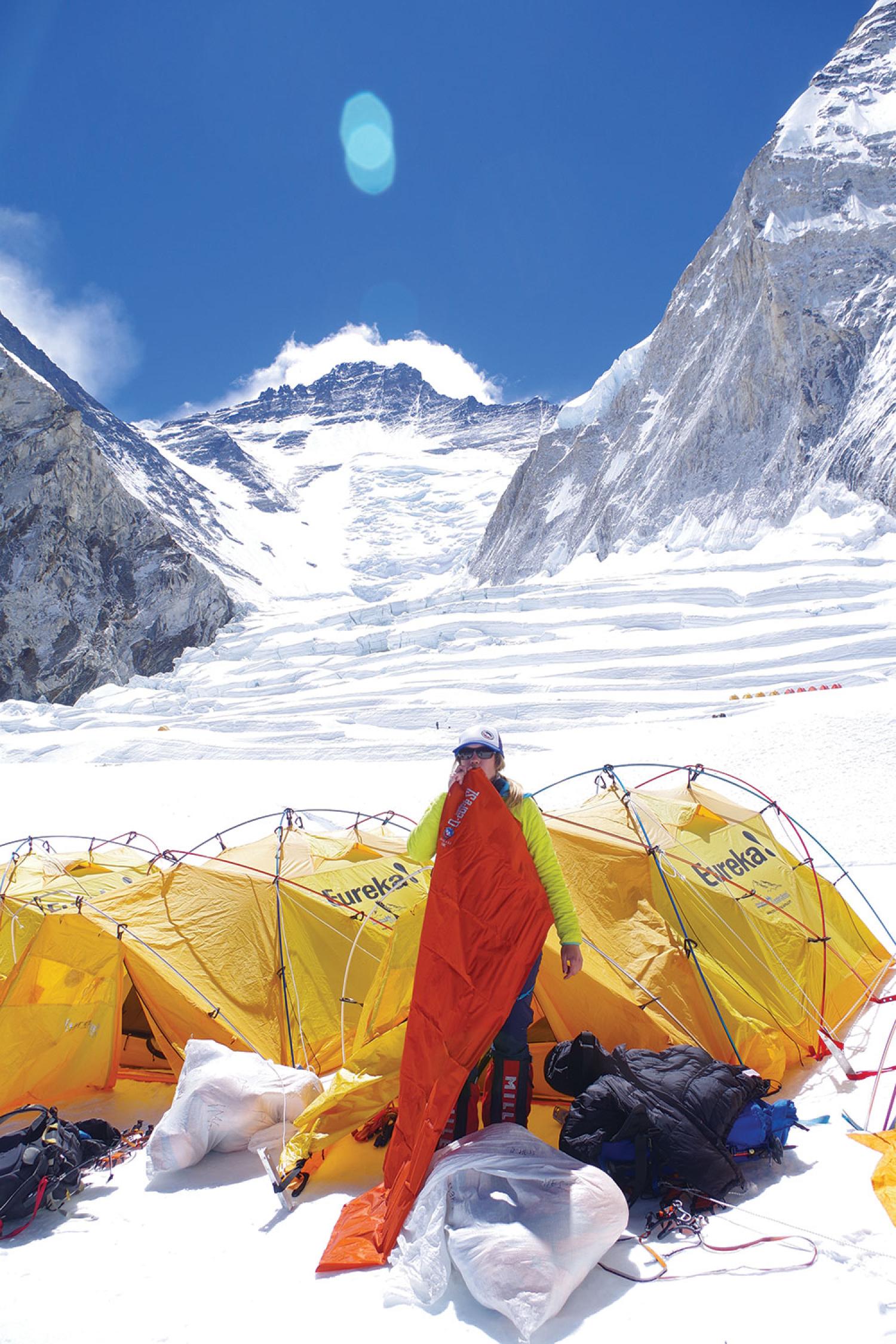 After Aconcagua in 2011, Hess poured herself into training and raising money for the next three mountains: Europe’s Elbrus, Africa’s Kilimanjaro and Denali. She sometimes worked three jobs at a time, a mix of tending bar, pet and house sitting, promoting ski resorts, sealing asphalt and other gigs with flexible schedules.

As she ticked off the summits, one mountain continually loomed largest in her mind — Earth’s tallest.

“I’d always been obsessed with Everest,” she said.

The Denali accident forced her to sit out a planned Everest climb in 2014. She tried again in 2015 and went to Nepal without Steven, who was traveling elsewhere with his then-fiance.

Once there, she and her group made it to Camp 2 at 21,000 feet before a 7.8 earthquake struck the country on April 25. Nearly 9,000 people died, including about 20 at Everest’s basecamp, just 3,000 feet below Hess’ location. Helicopters evacuated her group from the mountain.

“That was the closest thing to a war zone I hope I ever see,” she said of the devastation. “I don’t know how we survived, but I came home with the sense that I had a second chance at life.”

Steven sent his shaken sister an email from Peru, ending with a promise: “Rest assured, you can go back and I’ll go with you.”

Over the next year, Hess grappled with intense emotions related to the earthquake.

“I wanted to finish what I’d started,” she said.

She was back on the mountain in March 2016, this time with Steven. After 7.5 weeks of acclimating and climbing and a 10-day wait for good weather to attempt the summit, they reached the top of the world on May 21.

Elated, Hess returned to Steamboat to work toward a trip to the 16,050-foot Vinson Massif in Antarctica. She and Steve summited in December 2017, dragging sleds of gear.

The siblings finished the Seven Summits challenge three months later at 7,310 feet on Mount Kosciuszko — an “easy” climb, Hess said. Steven’s wife and the siblings’ parents flew to Australia to celebrate with them.

“Seven summits in seven years — [seems] as likely to go to the moon,” said Caryn Hess, their mother. “I have earned every face wrinkle and gray hair.”

In all, the challenge cost Hess $338,000, not including medical bills. She’s still paying it off.

To combat feelings of loss following her triumph, and encouraged by a friend she met in Steamboat, Hess has begun planning a new adventure — this time with a cause beyond the adventure itself.

The friend, Eirliani Abdul Rahman, a Singaporean woman who works and advocates for adult and children survivors of child sexual abuse, suggested the pair ski to Earth’s poles as a way to raise awareness about the abuse. Starting in April 2019, Hess will attempt the Explorer’s Grand Slam, which involves treks to the North and South Poles in addition to her already completed Seven Summits. Less than 15 women in the world have completed it. Hess would be the youngest American female.

For most of Hess’ life, adventure has been its own reward. Adventure with a social purpose is new terrain, and she likes it.

“I’m willing to suffer day after day in the harshest and coldest environments on the planet if it means someone else doesn’t have to,” Hess said.

Fifty years ago, Tom Hornbein made history by being part of the team that put the first American on top of Everest. END_OF_DOCUMENT_TOKEN_TO_BE_REPLACED 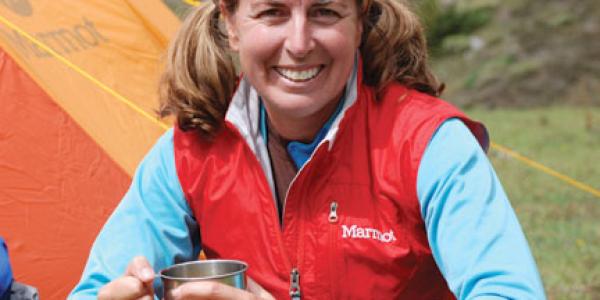 Trudging through waist-deep snow on the 24,688-foot Annapurna IV mountain, Tonya George Riggs couldn’t get one thought out of her mind: they were alone. END_OF_DOCUMENT_TOKEN_TO_BE_REPLACED 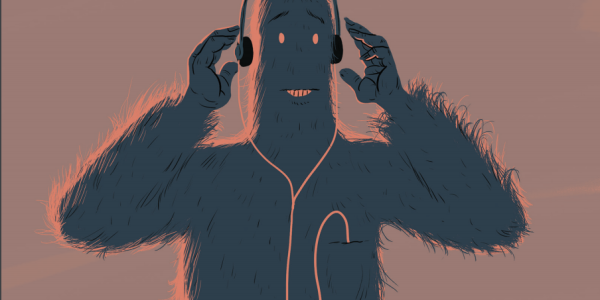