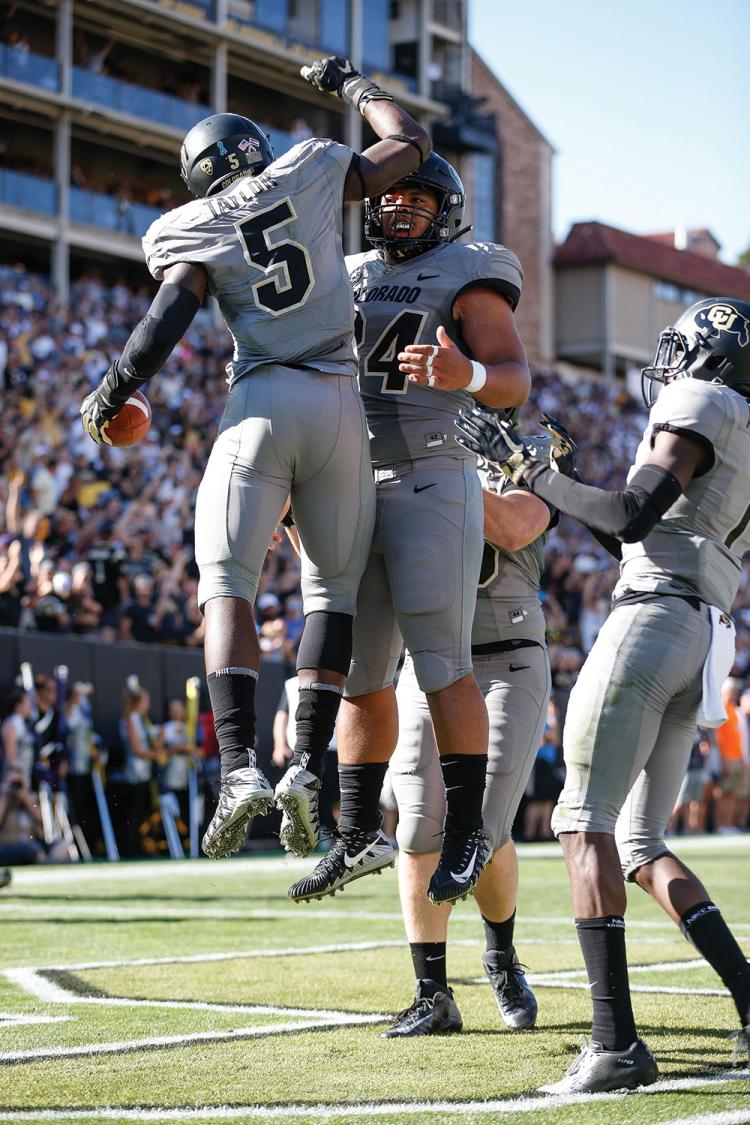 It hadn’t happened in 20 years: The Colorado Buffaloes were 5-0.

“All the way in Italy screamin’ GO BUFFS!!” former CU basketball and NBA star Chauncey Billups (Soc ex’99) tweeted after CU beat Nebraska in Lincoln, the Buffs’ second win of the season and first against the Cornhuskers on their turf since 2004.

But after the hot start, including a pair of early Pac-12 wins over UCLA and Arizona State, things got complicated. Star wide receiver Laviska Shenault Jr. (A&S’21) got hurt. So did star placekicker James Stefanou (Jour’21) and more than half a dozen other notable players. The Buffs went on to lose seven straight.

A day after the sixth loss, to Utah at home, Athletic Director Rick George dismissed head coach Mike MacIntyre. He named quarterbacks coach Kurt Roper interim coach for the last regular season game, in Berkeley against California. The Buffs lost that game also, 21-33, ending the season with a 5-7 record (2-7 in the Pac-12).

Sports is full of ups and downs. When you're down, it's fun to recall the ups.

CU opened the season by thumping the Colorado State Rams (45-13) in the Rocky Mountain Showdown, built momentum in Nebraska, followed by a big win (45-14) at home against the University of New Hampshire in the teams' first ever meeting. The Buffs closed September with a decisive Pac-12 home win against UCLA.

All being well, he can make it a habit next season.