Home Fall 2018 What Happened to the Teachers? Colorado, like many other states, has a serious teacher shortage due to low salaries, demographic shifts, inadequate training, and the rising cost of college education and teaching licenses. Can CU help?

Stephanie Mares (EBio’17) was in demand.

By the time the 22-year-old left CU Boulder in May with a biology degree and teaching certificate, she had seven job offers in a single Colorado school district, St. Vrain Valley, in her hometown of Longmont.

Had she kept looking, she’d likely have had more offers still, given her science training and English-Spanish bilingualism. Colorado is struggling with a serious teacher shortage.

“There’s a shortage in all of Colorado except for the Front Range,” said Katherine Schultz, dean of CU Boulder’s School of Education.

There are shortages in many states, especially for special education, math and science teachers, attributable to a combination of low salaries, demographic shifts, inadequate training, and the rising cost of college education and teaching licenses and other factors, according to a 2017 Colorado Department of Higher Education (CDHE) report.

The shortage became apparent in Colorado in 2010, and is most severe in rural areas — partly because of their typical distance from colleges that prepare teachers, the need for teachers to handle multiple subjects and a greater need for culturally and linguistically diverse personnel, said the CDHE.

“People have told me there are schools that haven’t had an 11th grade math teacher for a couple of years,” said Schultz.

The average starting teacher salary in Colorado is about $33,000.

Low pay is the biggest problem, though: The CDHE found that 95 percent of rural school districts’ teacher salaries are below the cost of living.

“In some districts teachers make about $30,000 a year,” said Schultz. “It’s difficult to take a job in an area that pays so little money, especially if you still have student loans.”

Statewide, the average starting teacher salary in Colorado was $32,980 in 2017, according to the National Education Association. Adjusted for cost of living, teacher pay in Colorado ranks 44th in the nation, National Public Radio reported.

CU Boulder is stepping in.

“There are two ways to address a teacher shortage,” Schultz said. “One way is through recruitment of new teachers. The other is through the retention of teachers who are already there.”

“He really pushed me, and he took me on my first campus tour,” said Mares, who received, and could not have attended without, significant scholarships. “This one teacher changed my life. I thought, ‘I can do this for other kids.’”

Barnes, now in his 13th year of teaching, saw potential in Mares’ work ethic and interest in learning.

“The job of teacher is getting harder and harder,” he said. “Teaching used to be just the dissemination of knowledge. Now you’re a counselor, a liaison between family and community, a language specialist and a bureaucrat.”

In rural areas especially, where schools often face a distinct shortage of infrastructure, technology and financial resources, Barnes said, teachers often leave by their fifth year in the job.

This fall, Mares is prepared to start her own career as a physics teacher at Longmont’s Skyline High School. But she hasn’t ruled out a future position in a rural school.

“I would prefer a school that is struggling a little bit because I think it’s where I can make the most impact,” she said.

Lauren Glendenning’s office is four blocks from one of the most famous ski resorts in America. END_OF_DOCUMENT_TOKEN_TO_BE_REPLACED 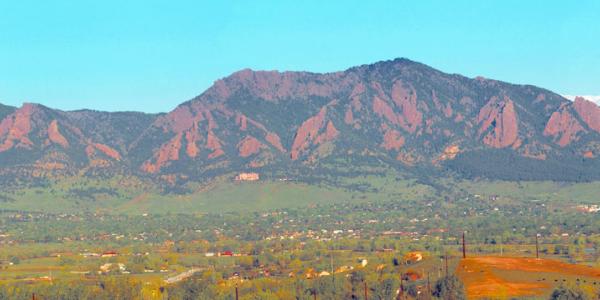 You're Not in Colorado Anymore

A personal essay on taking Colorado for granted. END_OF_DOCUMENT_TOKEN_TO_BE_REPLACED

A CU English professor takes new students under his wing at a Colorado state prison. END_OF_DOCUMENT_TOKEN_TO_BE_REPLACED