In 2012, Curt Hammerly (EnvDes’10) was hit by a car. It led to a life in ceramic art and a huge following on Instagram and Etsy. 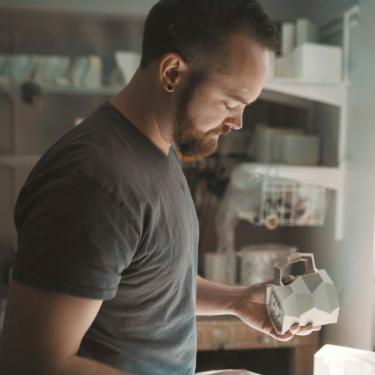 How did you get into ceramics?

When I was 26, I was riding my bike to CU, and as I was riding through a crosswalk at Moorhead and Table Mesa, I got hit by a car going about 30 m.p.h. I broke my neck and seven ribs, ruptured my spleen, kidney, liver and had a collapsed lung. I spent 13 days in the hospital and three months in a traction halo with titanium pins in my head. After I healed, I was sitting on my couch taking oxycodone and watching TV for three months and was losing my mind. I wanted to do something that was a creative outlet. I took a ceramics class in high school and decided to give it another try.

I found a class at the Boulder Potters’ Guild. I took one class and never intended to take another, but then my sketchbook just kept getting filled with my ideas. I took another class and then another. After taking five eight-week long classes at the guild, I became an apprentice. In October 2016, I bought a house with my now-wife and put a home studio in the basement with a wheel, electric kiln, 3D printer and photo studio, and I started an Instagram tracking my progression. 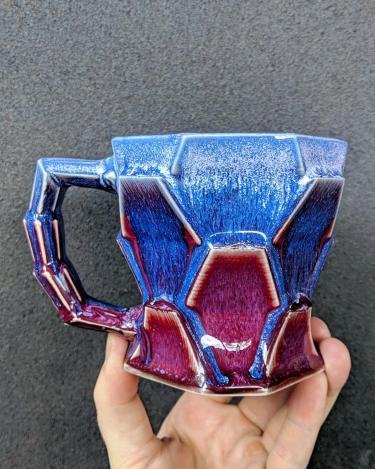 In ceramics, you fire stuff twice. I make the piece and fire it at home so it becomes strong enough for transport. Then I haul all my pieces up to Boulder to use the Boulder Potters’ Guild’s gas kiln and I glaze and fire the pieces there. The first thing I’d like to buy when I get my own space early next year is a gas kiln. Hauling 150 pieces a month back and forth is really inefficient.

Videos. In January 2017, I had 400 followers. I started making videos in the second week of January, and by December 2017 I had 50,000 followers. I try to post five times a week: Two videos and three pictures. It’s been a steady climb at about 1,000 followers a week.

What design are you most proud of?

I’d say my geometric mug is my most recognizable thing. But my tree bark design made the most compelling videos, and that’s what started the growth. I believe I’m the first person to show this technique online. I mix sodium silicate into liquid clay for a thicker texture and deeper ridges. 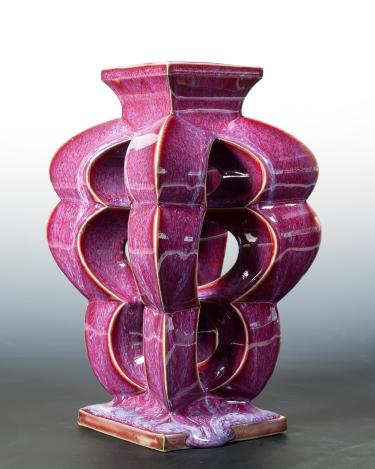 Tell me about the geometric mugs.

I’d been working at CU for over a decade [in the environmental design school’s print lab] and working with 3D printers. I wanted to find a way to combine ceramics and 3D printing so I could still work on ceramics when I wasn’t in the studio. I made a 3D print at CU in November 2015 and it was the first design for my mug. I kept working on new and interesting glazes for the mugs and then came out with a design for an African violet planter. I just kept going from there.

I want to open a studio early next year, but I don’t want it to be a production-based studio. Ideally in five years I won’t even be selling my original mug design anymore. I want to find a way to split my time between enough production to pay the bills and innovating in the field, while bringing people in for classes and workshops. I eventually want to have the most technologically advanced ceramics studio in the country. 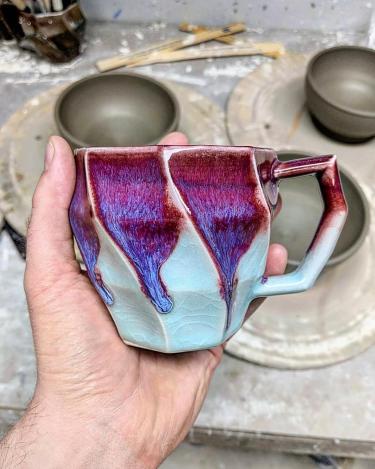 Advice for someone wanting to give pottery a try?

Take a class. The best thing you can do is go to a local studio. I feel like there’s always pottery studios hiding in a corner somewhere in every city. And then have patience, because it can be a rough learning curve right off the bat. Especially if you’re getting on the wheel.

What else do you like to do besides ceramics?

I love to cook. I spend a lot of time in the kitchen. And I have about 80 house plants. I have a 16-year-old ficus bonsai tree, a lemon tree, an orange tree, a pomegranate tree and a coffee tree — all growing in my living room in Colorado.

A look into the arts on campus. END_OF_DOCUMENT_TOKEN_TO_BE_REPLACED 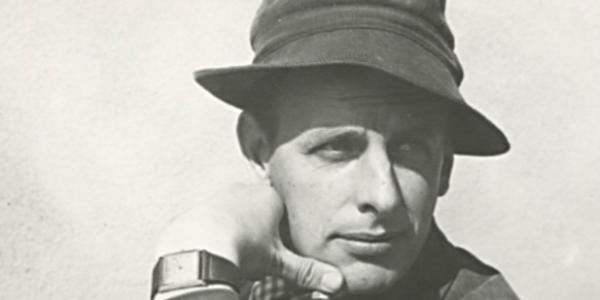 Willis Pyle (A&S’37), the celebrated former Disney cartoonist who died June 2 at 101, could be hard to reach, in part because he was still keeping busy. END_OF_DOCUMENT_TOKEN_TO_BE_REPLACED 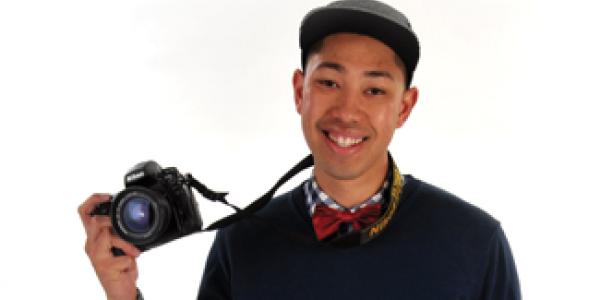 At age 24, CU student Anthony Hull has already hosted several television and online programs, including for Fox Sports Net. He is an actor who produced a documentary about the CU student experience last spring. END_OF_DOCUMENT_TOKEN_TO_BE_REPLACED