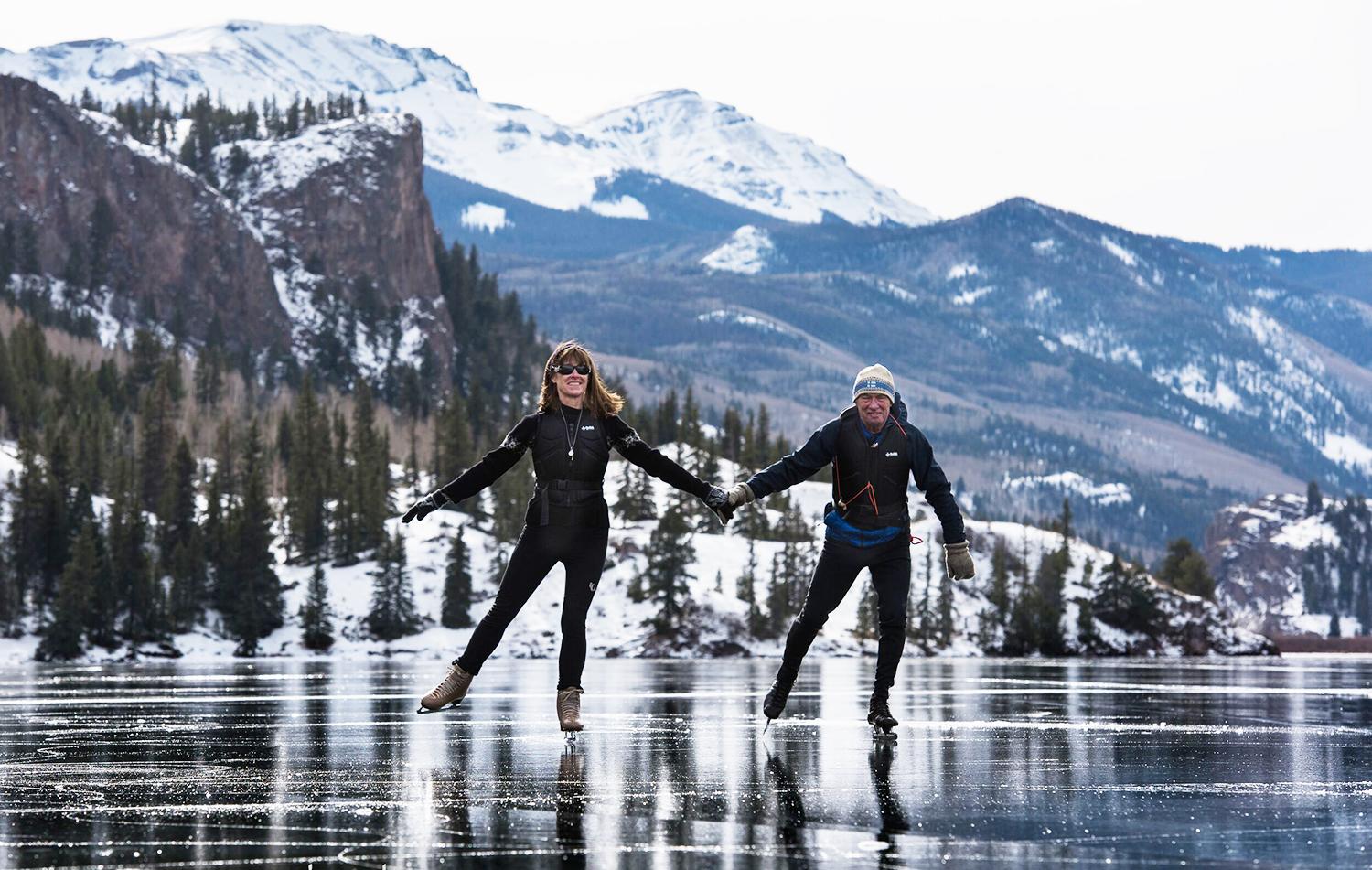 As soon as temperatures drop below freezing, the 83-year-old resident of Gunnison, Colo., resumes his winter tradition of “wild” ice skating. Much like backcountry skiers, Bruce treks to some of the coldest places in the state, in his case in search of untouched ice on lakes, rivers and reservoirs.

Then he glides on the expanse of ice for hours, surrounded by the peaceful sights and sounds of Colorado’s wilderness.

“It’s much different from skating at a rink in Boulder,” said Bruce, emeritus professor of geology at Western State Colorado University. “We don’t want music or hot chocolate or hot dog stands. We like miles and miles of black ice for as far as the eyes can see.”

Bruce is part of the unofficial Gunnison County ice “tribe,” which consists of about 25 dedicated ice skaters who start tracking ice throughout the state as early as Halloween. Sometimes the pristine ice is easily accessible; other times the trek in is long, cold and grueling.

Either way, it’s always worth it, said Bruce.

“It’s really just magic ... everything goes away,” he said. “You start skating on the ice and you’re kinda like floating in space. It’s like powder skiing or diving into a coral reef. It’s more aesthetic.”

Though Bruce grew up ice skating on a flooded baseball field in Chicago, he didn’t try wild ice skating until the nearly snowless winter of 1975-1976. His first skate was at Blue Mesa Reservoir, on the upper reaches of the Gunnison River, which had frozen over and produced an expansive sheet of glistening ice.

“I was pretty much hooked after that,” he said.

The Blue Mesa Reservoir holds a special place in Bruce’s heart because it was the first place he and his wife, Deirdre, went skating together, nearly 40 years ago. They had just started dating and decided to go for a midnight skate under the full moon.

They’ve been skating together ever since.

“That night really tied the knot for us,” said Bruce, who has used the same pair of speed skates since 1951.

Safety is always a concern.

To test if the ice is safe, skaters toss a rock the size of a softball 10 feet in the air. If the rock breaks through, it’s unsafe to skate on. But if the rock bounces off, the adventure is on.

Bruce has never fallen in. Suffice to say, he never hits the ice without an ice pick, life jacket and throw rope — and something warm to drink.

Teenagers and young adults think and act differently from grownups. CU scientist Marie Banich is helping us see why. END_OF_DOCUMENT_TOKEN_TO_BE_REPLACED

Penny Roushar Jansen isn’t one to idle. One day after she and husband Eric retired, in 2014, the couple took off on a bicycle trip through 10 countries on four continents. END_OF_DOCUMENT_TOKEN_TO_BE_REPLACED

Amy Cuddy's TED Talk is the second most viewed of all time — and just a taste of what she has to say. END_OF_DOCUMENT_TOKEN_TO_BE_REPLACED