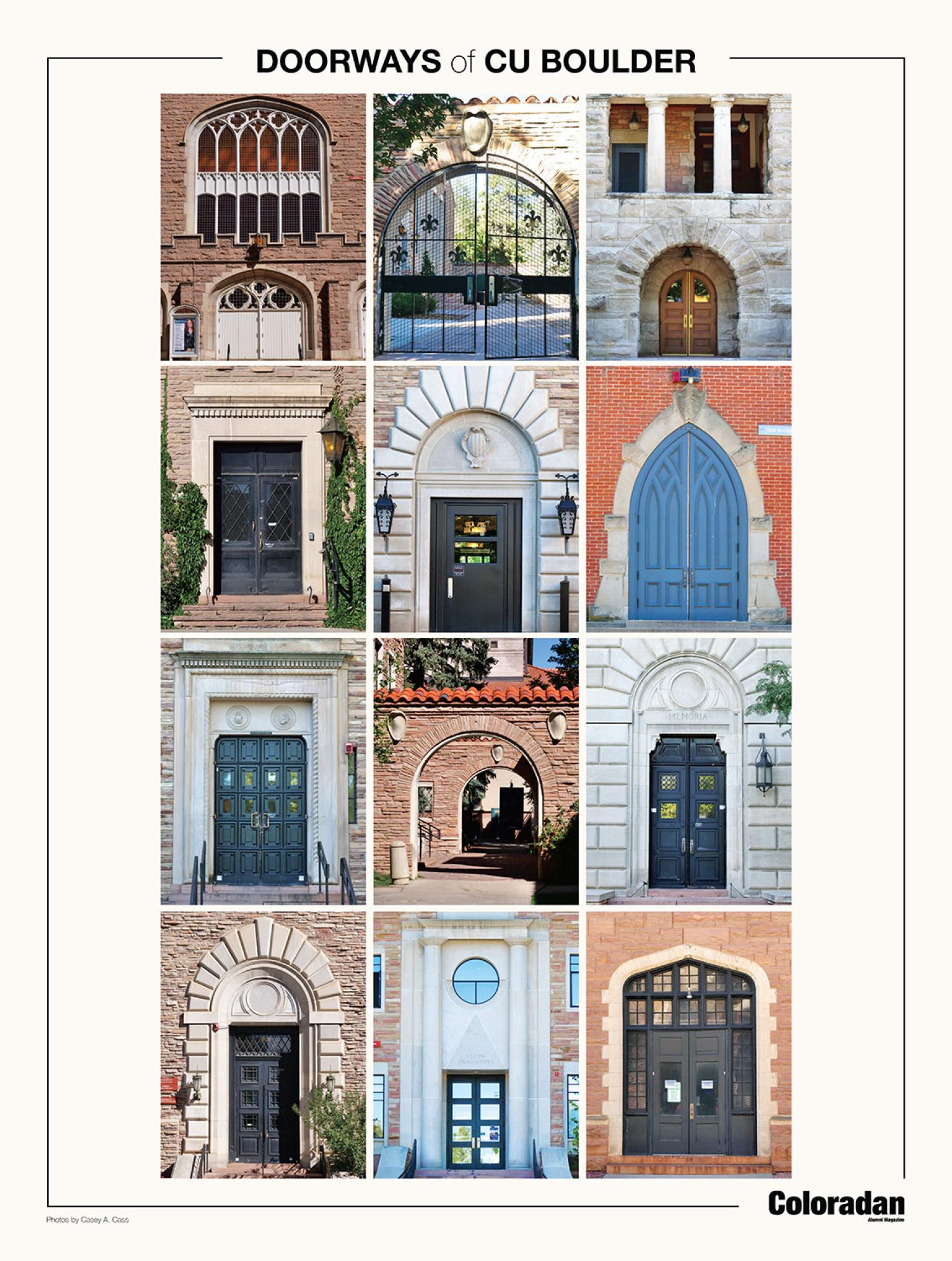 Readers responded enthusiastically to the winter issue’s poster contest. Thanks to all who wrote in.

The following alumni were the first to correctly identify at least 7 of the 12 doorways. Their prize? The poster!

In response to unexpected demand for the posters, we’re planning an extra print run and will make posters available for sale. If you’d like to reserve one, please email editor@colorado.edu with your name and phone number. We will notify you as soon as they’re available.

Enjoyed the Coloradan, as always, even if I now seem to peruse the “In Memoriam” section first.

On the short article “The Gold Record,” the photo at the top and center of pages 13 and 14 is of Tommy Dorsey. I suspect the photo to its left is also Dorsey. Maybe you knew this and simply did not label them. Glenn’s hairline and nose look different from Dorsey’s — actually quite a bit. Maybe one has to have seen them both back in the era to recognize this immediately.

Editor’s Note: Wilson is correct. The first two photos in the top row of images show Glenn Miller’s contemporary Tommy Dorsey not Miller. We should have labeled them.

In the Winter 2017 edition of the Coloradan, I read with interest “A Houseful of Tepleys,” regarding the property on 1145 Grandview. It was my first rental in Boulder, during the 1956-57 school year. My roommates and I lived upstairs (three of us), and three others downstairs. One night I came home late from watching the fights in Denver (a bygone era), and while turning the key to enter, it broke off in my hand. Unable to get in at this point, I tossed small pebbles at an upstairs window in an effort to awaken one of my roommates. A neighbor from the Men’s Co-op on Broadway (who remembers that?) saw my plight, and offered me the use of his phone. Needless to say, the roommate who answered the call was not happy, as it was around 1 a.m. He let me in, without disturbing the downstairs tenants, and I was able to get a good night’s sleep and get to class that morning.

There were many other memorable occurrences at that address, but space would not permit their being reported. It was an unforgettable school year.

As a second-year graduate student in engineering in the early 1970s, I made the decision to move from Cockerell Hall to near 10th and Grandview, about a block west of the Tepley House. This meant a daily commute across campus either on foot or by bike. My usual route took me past 1145 Grandview.

In seeing the article photo, I remember that the house caught my eye back then, since the brick was similar to that where I lived, and I remember the non-90-degree corners at the front of the house. Despite having a daily trip across campus, it was one of the best commutes I ever had. Thanks for the historical nugget on the Tepley House. 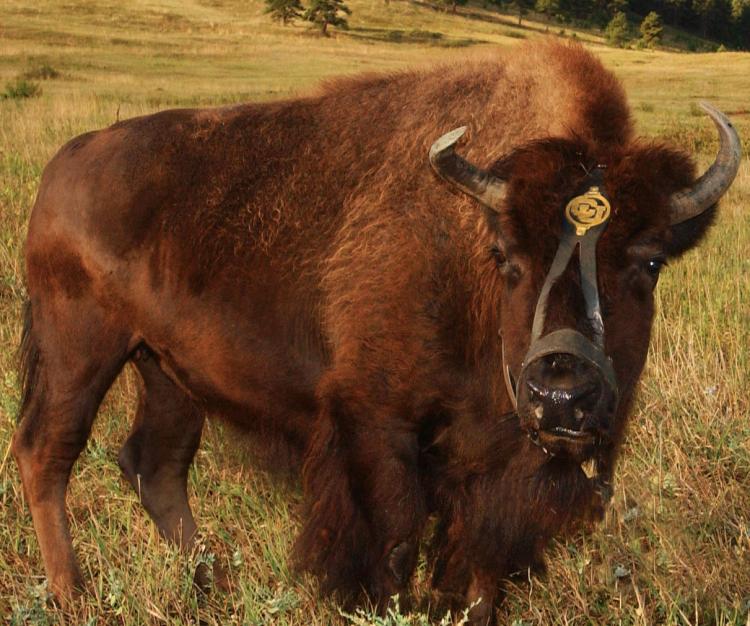 In the late 1980s, I was working at Koenig Alumni Center and received a call from an alum telling me that Ralphie was named after Colorado’s 29th governor, Ralph C. Carr. Gov. Carr was adamantly against the relocation and internment of Japanese-American citizens to an internment camp in eastern Colorado, Amache. This belief probably ended Carr’s political career.

If Ralphie is indeed named after Gov. Ralph C. Carr, Ralphie is the namesake of a very noble man.

There seem to be several versions about the naming of CU’s magnificent mascot, Ralphie. In the recent issue of the Coloradan [Winter 2017], one letter suggested Ralphie was named for Ralph Wallace (Hist’68).

I would refer you to the September 2012 issue of the Coloradan, which says that Ralphie was named after the third son of the Rev. A. Balfour Patterson. This is the version I have believed all these years, and I am sticking with this version!