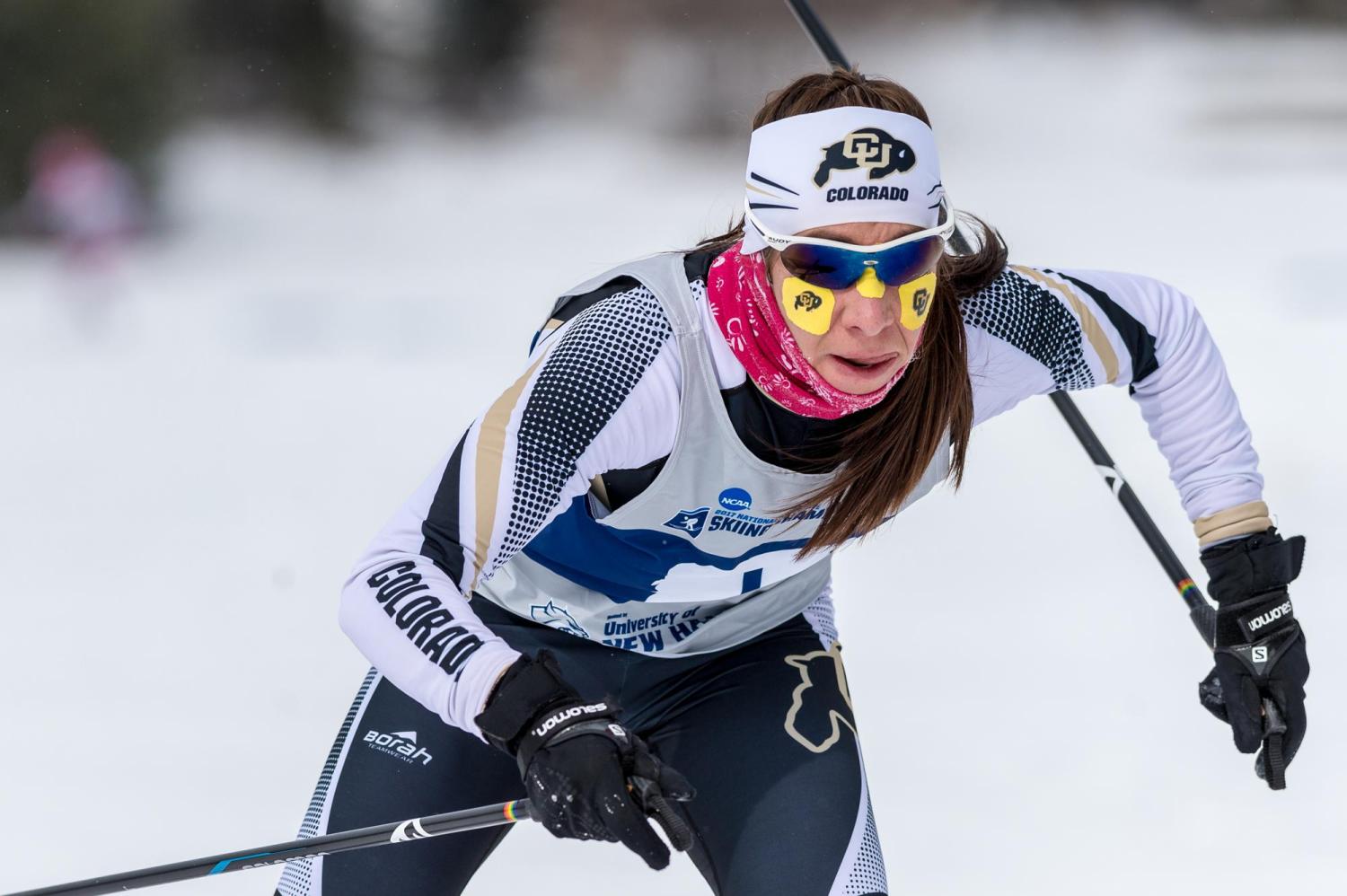 Petra Hyncicova (IntPhys’18) finished 45th in the sprint classic qualification race and 47th in the 15K skiathlon at the 2018 Olympics in PyeongChang.

A snowboarder and current CU student, Gold won her medal in the halfpipe at PyeongChang, South Korea, scoring 85.75 (on a 100 scale) on the last of three runs to earn the prize. She won despite a dislocated shoulder, initially injured at the 2014 Sochi Olympics.

CU’s only medal winner at the most recent winter games, Gold has said she eventually hopes to attend veterinary school.

Casey Andringa (Bus’19) of the U.S. Olympic Freestyle Ski Team finished fifth in the men’s moguls event. It was the best finish for an U.S. male athlete in a moguls event since 2010. In 2014, Andringa was hospitalized for eight days in Germany for a serious infection near his eye socket that doctors feared would spread to his brain. His experience keeps him motivated, he said in an interview with NBC.

Originally from Milwaukee, Adringa now calls Boulder home. He is a member of the Vail Ski Club.

Competing for the Czech Republic, current CU skier Petra Hyncicova (IntPhys’18) finished 45th in the sprint classic qualification race and 47th in the 15K skiathlon. She was the defending NCAA Champion in both the classic and freestyle disciplines and in 2017 was named the women's Nordic National Skier of the year by the Ski Coaches Association and FasterSkier.com and the Women's Collegiate Athlete of the Year by the Colorado Sports Hall of Fame.

Brian Hansen (Mktg’17) competed for the U.S. in speed skating for the third time. He finished 15th in the 1,500 meters. From Glenview, Calif., Hansen had won a silver medal in the men’s team pursuit in the 2010 Winter Games. At the University of Colorado, Hansen was on the downhill skiing club and the mountain biking club.

Read more about CU Boulder Olympians in the Coloradan.