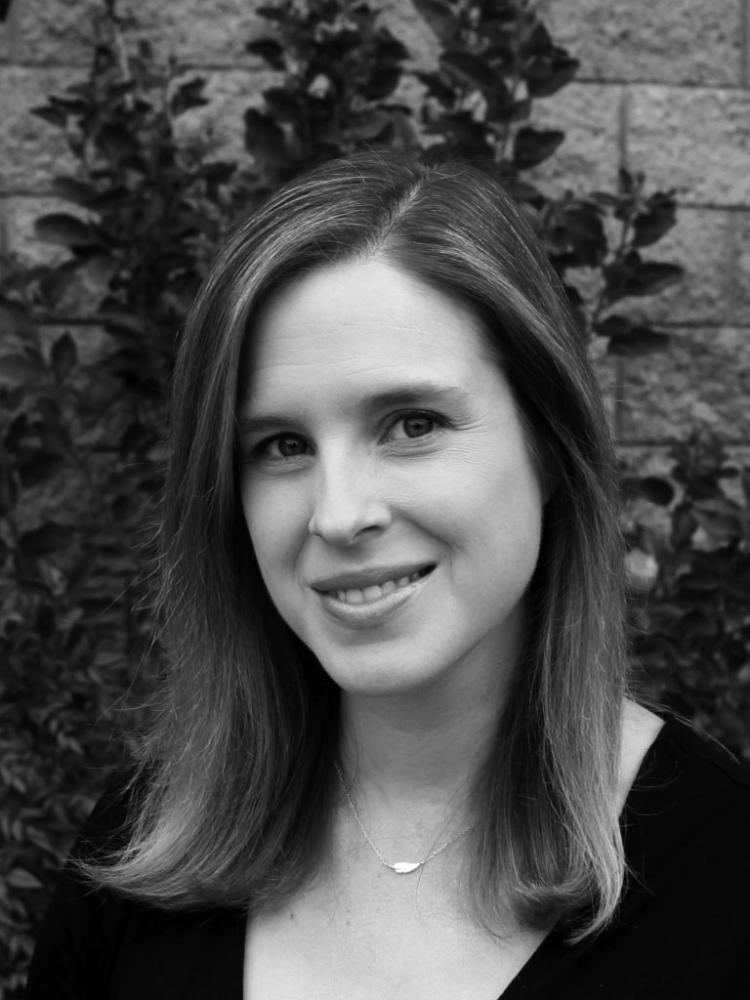 By Aug. 5, 2012, Jill Seubert (PhDAeroEngr’11) and her team at the Jet Propulsion Lab (JPL) in Pasadena, Calif., had done everything possible over years, months and hours to ensure their calculations and directions were correct. As Curiosity, NASA’s Mars lander, approached the red planet’s atmosphere, all they could do was wait.

Their main task was to make sure a satellite orbiting the planet was in a position to communicate with Curiosity.

“That’s hard enough to do,” said Seubert, 34, one of the operation’s navigation and mission design engineers, “but we were also challenged to take a picture of Curiosity right as its parachute opened.”

The window of opportunity would last one second.

Curiosity sent immediate confirmation of its landing — a photo of Mars’ surface from its own camera — but it would be hours before Seubert’s team’s picture of the descending craft would transmit.

Once it did and she saw the tiny parachute’s swell floating above massive Martian terrain, relief and elation swept over her.

“I can’t believe that I was one of the many people that played a role in making that picture happen,” she said.

The image (right) made The New York Times.

Seubert grew up in a scientific household in Sugarloaf, Penn., the daughter of an engineering professor and a mathematics teacher. She avidly consumed adventure stories, both fictitious and historical, from Indiana Jones to Ponce de Leon.

“I always thought that quicksand and piranhas were going to play a much larger role in my adult life,” she said. “It wasn’t until I was in a room and there are images being broadcast back from Curiosity and my eyes are some of the first human eyes seeing [them], it hit me: I am one of those explorers.”

After studying aerospace engineering at Penn State University, Seubert worked for the Air Force Research Laboratory, where she was introduced to the world of spacecraft navigation. Her trajectory to CU was settled during a campus visit, when she connected with aerospace engineering professor Penina Axelrad, her future adviser.

These days Seubert is at work on two new Mars missions. Insight, launching in 2018, will land and then drill into the surface, gathering seismic, thermal and other data. Mars Science Mission, launching in 2020, will rove Mars’ landscape measuring surface materials and caching samples, primarily seeking signs of ancient life.

Her highest hopes remain an explorer’s.

“I’d love to be part of the mission that does find evidence of life, whether it be ancient life or current life. To finally be able to answer the question, ‘Are we alone or are we not alone?’” 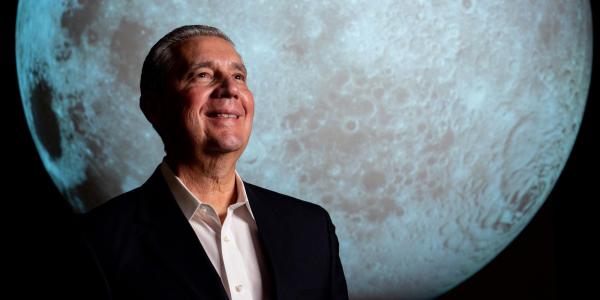 Getting humans back to the moon is one thing. Jack Burns and other CU scientists are asking, "How can we stay?" END_OF_DOCUMENT_TOKEN_TO_BE_REPLACED 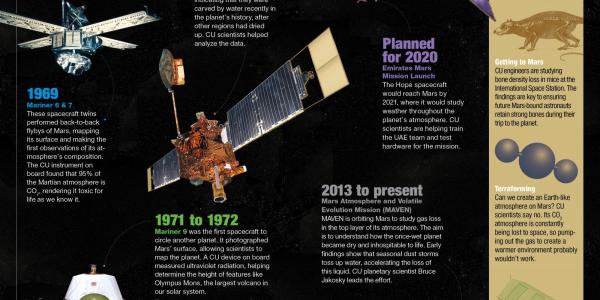 CU scientists have been involved in learning about our neighbor in the solar system since at least the 1960s. END_OF_DOCUMENT_TOKEN_TO_BE_REPLACED 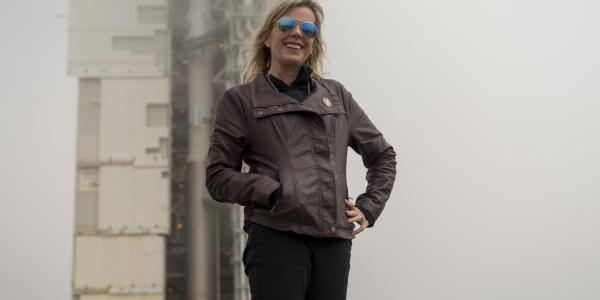 Laurie Cantillo, NASA communicator and educator, is on a mission to get more people engaged in science — especially girls. END_OF_DOCUMENT_TOKEN_TO_BE_REPLACED