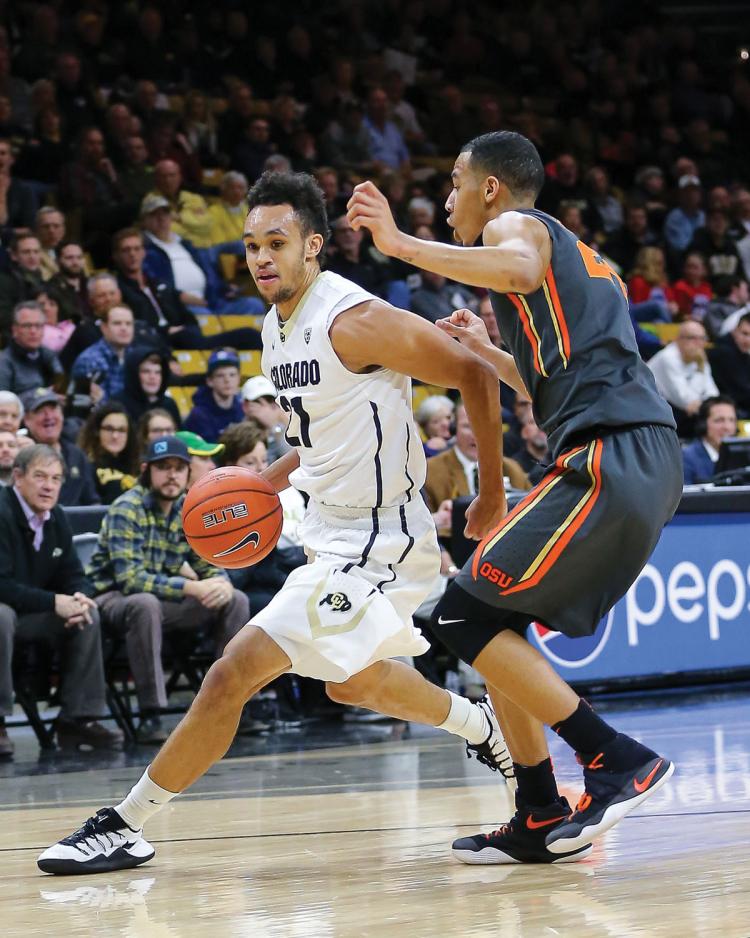 In the NBA, More Buffs to Cheer For

The Buffs continue to make inroads in the NBA.

The San Antonio Spurs drafted guard Derrick White (Mgmt’17) in June, making him the fourth active NBA player from CU in the league.

White spent just one season in Boulder after transferring from the University of Colorado-Colorado Springs (a Division II program) before being selected in the first round, No. 29 overall.

“It was surreal to get that call that I was a first-round pick,” White, pictured, told Spurs.com. “All the hard work and dedication that I put into this game, it was definitely a fun time.”

White led the Buffs with 18.1 points, 4.1 assists and 1.2 steals per game last season and was named to the Pac-12’s All Conference First Team, All-Defensive Team and All-Tournament Team.

Roberson, by far the most high-profile of current Buffs in the league, signed a three-year, $30 million contract this summer after being named to the NBA’s All-Defensive Second Team.

Meanwhile, Buffs legend Chauncey Billups (Soc ex’99) was in the running for multiple NBA front office positions during the spring and summer months. After not getting the Atlanta Hawks’ general manager job, Billups was the front-runner for the president of basketball operations job in Cleveland with LeBron James and the Cavaliers. Saying in a statement to ESPN that “the timing just isn’t right,” Billups decided not to accept Cleveland’s offer and remains an analyst for the network. 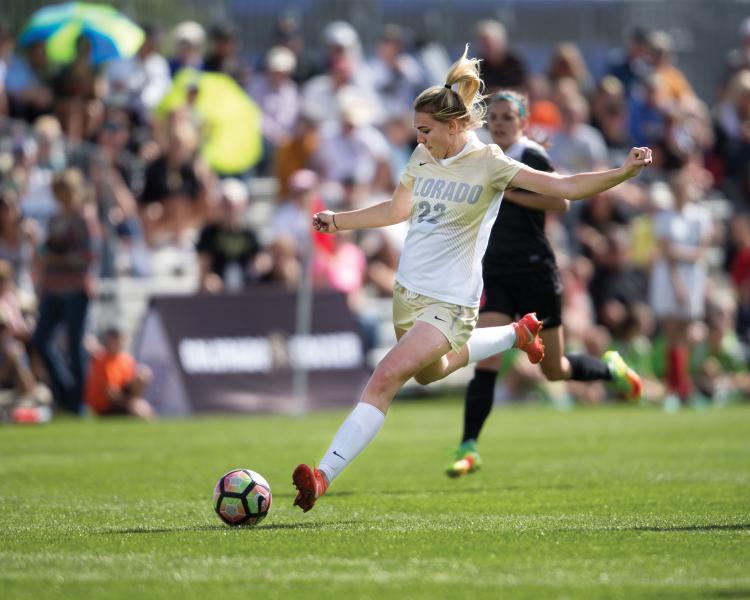 At the August IAAF World Championships, Emma Coburn (Mktg’13) won gold in the 3,000-meter steeplechase and set a U.S. record. She is the first American woman to win the event. In a thrilling 1,500-meter race, Jenny Simpson (Econ, PolSci’09) won silver, her fourth major championship medal. ... Pac-12 Freshman of the Year Taylor Kornieck (IntPhys’20) spent her summer playing soccer for two U.S. national teams. Kornieck scored her first international goal and assisted two others while playing in six matches for the U-20 and U-19 squads. … CU golfer Robyn Choi (A&S’20) played in the U.S. Women’s Open in July. The third Buff to compete in the event, Choi carded rounds of 76 and 77. … Women’s basketball players Zoe Beard-Fails (Advert'17) and Haley Smith (MechEngr'17) each earned Arthur Ashe Jr. Sports Scholar Awards for their efforts in the classroom, on the court, in the community and student leadership.

The 13th class will be inducted into the CU Athletic Hall of Fame Nov. 10 and will feature three former football players and an administrator who has made a name for himself on the national stage.

Stan Brock (A&S’80) and Mark Haynes (Comm’81) were each first-round NFL Draft picks coming out of CU. Chad Brown (Soc ex’94) was selected in the second round of the 1993 draft. Steve Hatchell (Advert’70) didn’t play at CU but served as a football team manager before moving up the ladder as assistant to the athletic director and co-sports information director. He left CU for high-profile roles with several conferences, including the Big 8, and also served as executive director of the Orange Bowl. He is currently president and CEO of the National Football Foundation and College Football Hall of Fame.

Age of runner Sara Vaughn (Psych’09) at her first World Championships appearance in the 1,500-meter race in August

Strokes under par for David Oraee (IntPhys’15) at the Wyoming Open, which he won

Number of Buffs in the CU Athletics Hall of Fame