“The Amazing Race” Update 8: The Test of Vietnam 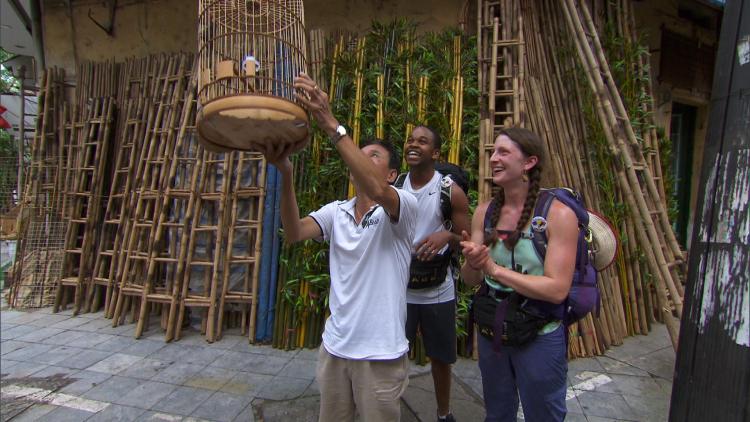 Still in it? No. #TeamFun was eliminated at the end of a difficult leg in Vietnam.

In the first episode, the team gained an early lead and maintained it all the way to the pit stop. As the winners of the leg, Pierce and Droz received a seven-night, all-inclusive luxury vacation to the Galapagos Islands. “We’re fun-stoppable!” Pierce declared.

Troubles lay ahead. In the next episode, Pierce was hit with the challenge of his life when he was tasked with biking a cocoon of shrimp containers across the scorching landscape. Several of the baskets dropped on the way and he had to redo the task twice while other teams finished on the first try. Battling heat exhaustion and last place, Droz tried to cheer a spent Pierce onto the next challenge. But the team’s fate was sealed. #TeamFun was eliminated from the race after the remaining four teams advanced to the pit stop.

The duo ended the race as they started — with joy and gratitude.

Quote: “I really was ready to win The Amazing Race, but at least I went out fighting hard.”— Pierce, after being eliminated from the race.