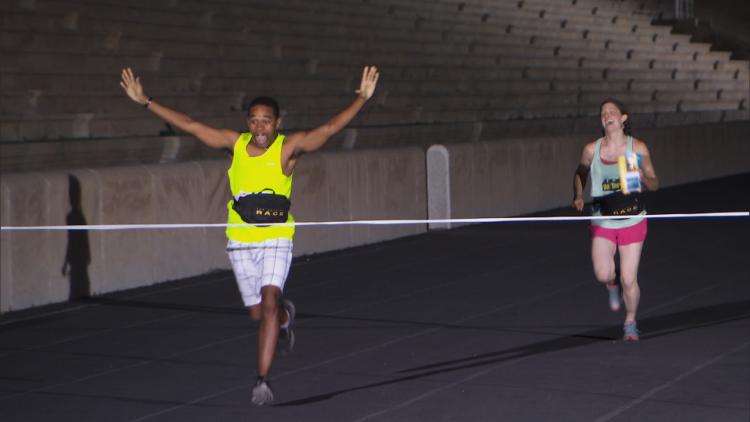 Still in it? Yes — A long, difficult leg in Greece ended with #TeamFun securing the last spot to compete in the race.

Highlights from episode 8: The fun meter was put to the test this leg for Floyd Pierce (ApMath, Econ’17) and Becca Droz (Anth ex’12). When they arrived in Greece from Italy, the duo struggled to find their way to the first clue while navigating the busy city streets of Patras in a car. When they finally arrived to the checkpoint, they found they were “U-Turned” by another team, which meant they had to complete two challenges instead of one.

For their first challenge, Pierce and Droz led a donkey through the cobbled streets to deliver containers of milk to two separate locations. In the second challenge, they sprinted up 252 steps to collect a pair of goats, which they delivered to a wedding party. They then ran a lap of honor in the Panathenaic Stadium in Athens before heading to the “Road Block” solo challenge. Droz completed the challenge, which required her to perfectly mirror a guard’s routine during a changing-of-the-guard ceremony.

The team, exhausted, made it to the pit stop at the Acropolis in Athens well after dark. They placed fifth. The sixth team was eliminated from the race.

Next: Watch a double episode next Thursday, May 18 beginning at 8 p.m. MST on CBS. 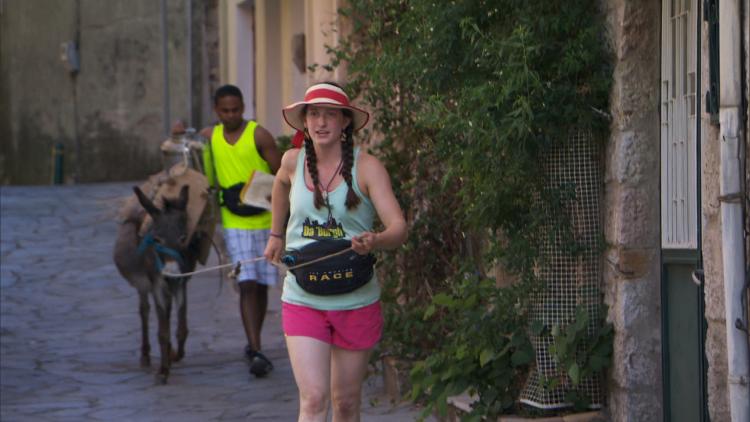